The first church was built in 1837 but became structurally unsound. Edmund Blacket designed the new building which was opened in 1867. This Gothic church built of Ravenswood stone and its spire dominate the town of Maitland and, with the rectory stands in beautiful grounds. The tower and spire were completed in 1883. Later a platform and choir stalls were added and still later a clock and a bell. The bell was originally cast for a Leicester church conference in 1880 and purchased by Bishop Barker for St Andrew's Cathedral, then donated by Mrs Henry Rourke. Four chiming bells were installed at a later date. The adjacent rectory was built in 1885.

The first organ in St Mary's was an instrument built in 1855 by J. W. Walker, London - Job No. 545 for W. J. Johnson. The organ had one manual and pedals, seven stops and one coupler. It was sold to St Luke's Anglican Church, Wallsend in 1881 for £100 where it remains at present.

In February 1881 a Willis organ was shipped from Liverpool on the S.S. Selim and arrived in Maitland on 20 June. James P. Broderick erected the tracker action organ in June - July 1881 for £20 against the west wall. It had two manuals, 17 stops and three couplers. In 1883, pipes for a Trumpet 8' and Clarionet 8' and a Tremulant were supplied by Henry Willis & Sons.

In 1933 it was rebuilt by Charles Leggo and again in 1962 by S. T. Noad & Son who disposed of the Willis casework except for the posts and divided the organ on either side of the gallery on the west wall. The console was also expanded to three manuals and the action electrified.

Peter Jewkes brought the organ back to two manuals in 1981 and also returned the Willis stops to their original locations on the Great. A new console was made and installed in 1996 by Ian and Jennifer Brown. 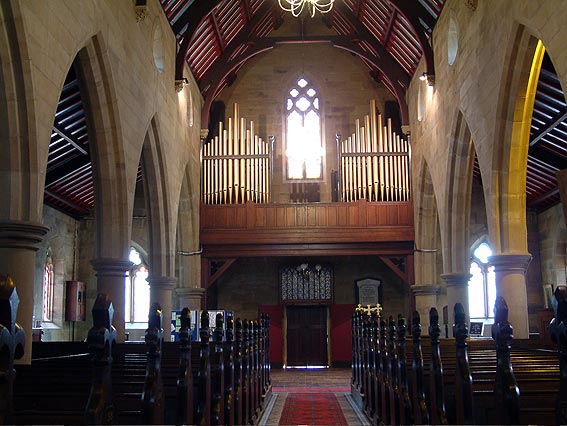 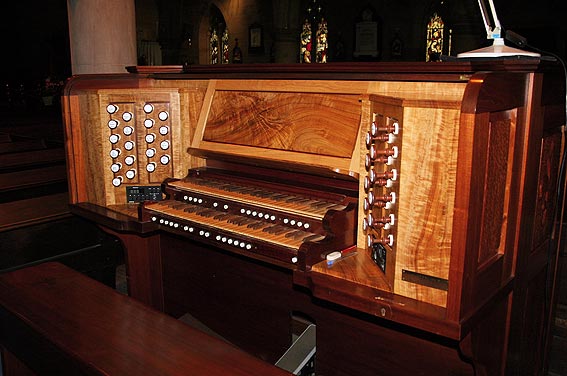 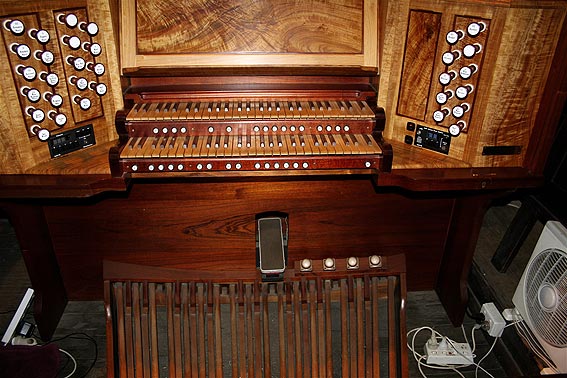 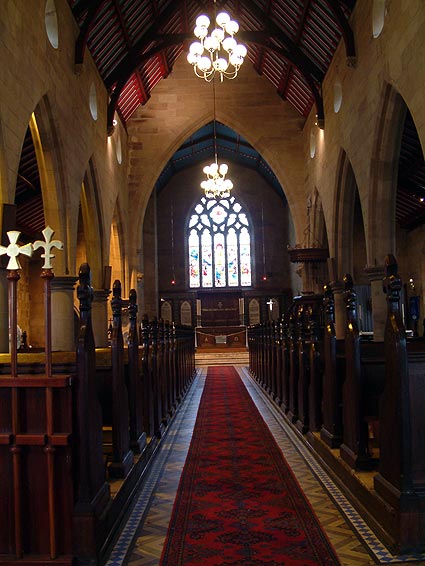