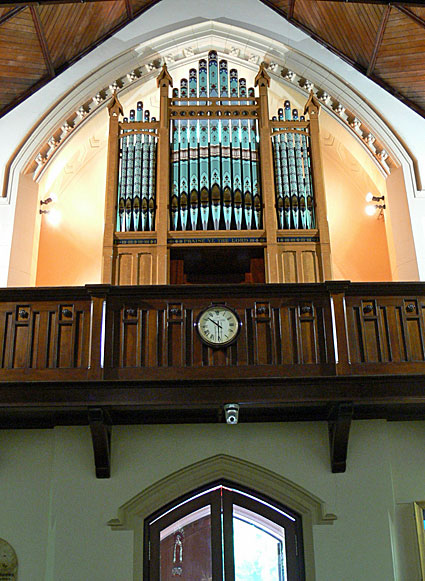 St Carthage's Church was dedicated on 20 January 1935 and was built as a chapel of ease to St Mary's Star of the Sea Catholic Church, West Melbourne. The church is constructed in brick, in the Perpendicular Gothic style, the façade including two small towers.

The organ was built by George Fincham for the Congregational Church, Stevedore Street, Williamstown. The cost was £325 and it was opened in January 1885. The instrument has remained in an exceptional state of intactness. The only changes at Williamstown were the installation of electric blowing and the covering of most of the oak graining on the case with dark varnish. All of the metal pipes, including those in the façade, are of spotted metal and the flue trebles remain cone tuned. The mechanical key and stop action has survived, together with the hand blowing arrangements.

The building was sold in 2006 and the organ was dismantled and stored at the premises of Wakeley Pipe Organs Pty Ltd, Bayswater, Victoria. It has received a comprehensive restoration by this firm. This has involved the releathering of the double-rise reservoir and feeders and the concussion bellows, the restoration of the key and stop actions, the overhaul of the slider windchests, the cleaning and repair of the pipework, and the restoration of the console, this involving the removal of extraneous electrical fittings. The oak graining on the casework has been restored by Marc Nobel, who has also restored the stencilled decoration to the façade pipes. 12 pipes were added to complete the compass of the Swell Oboe to CC.

The organ has been placed in the rear gallery of St Carthage's Church where it fits perfectly and sounds well into the building. Installation began in late 2010 and the instrument completed early in 2011. 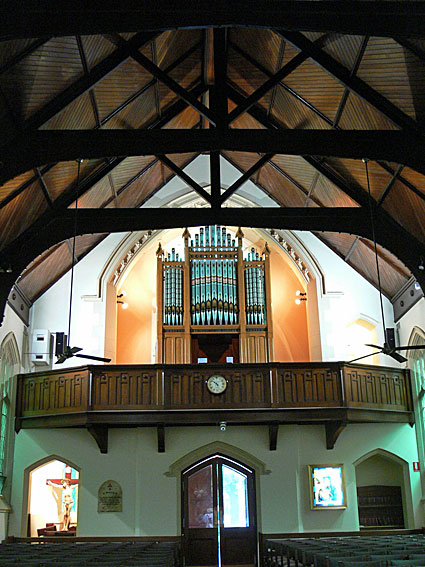 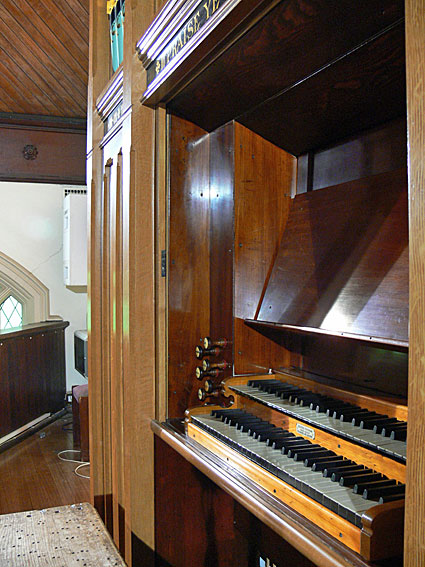 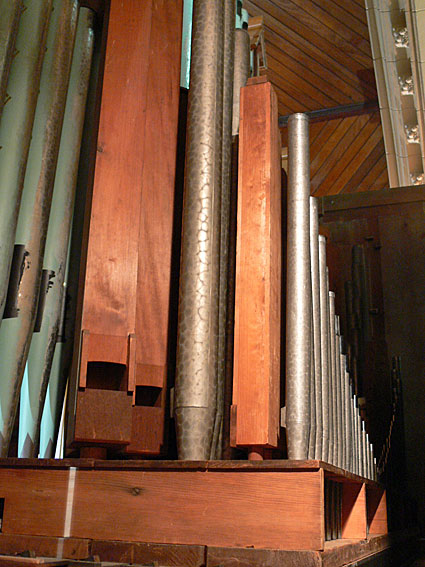 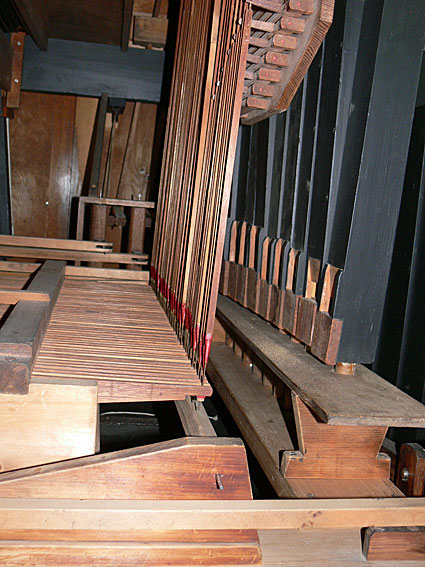 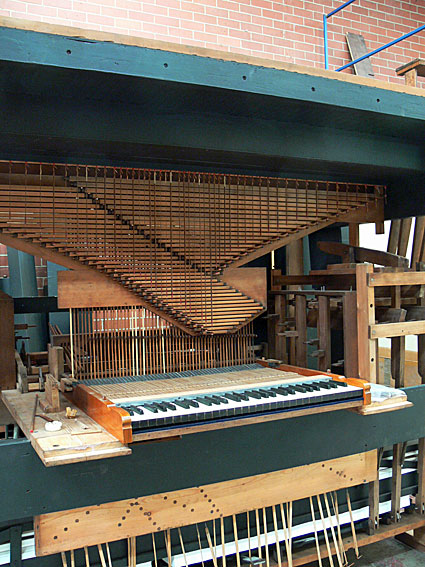 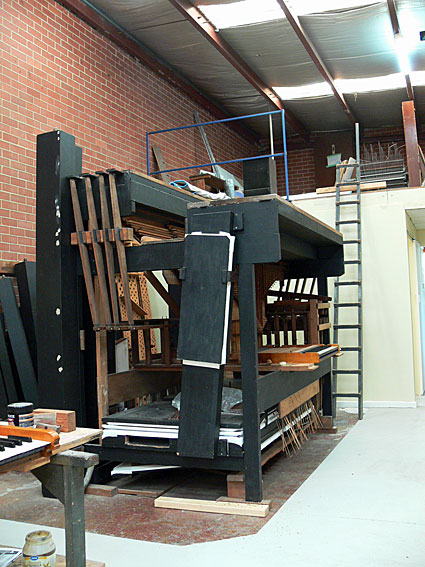 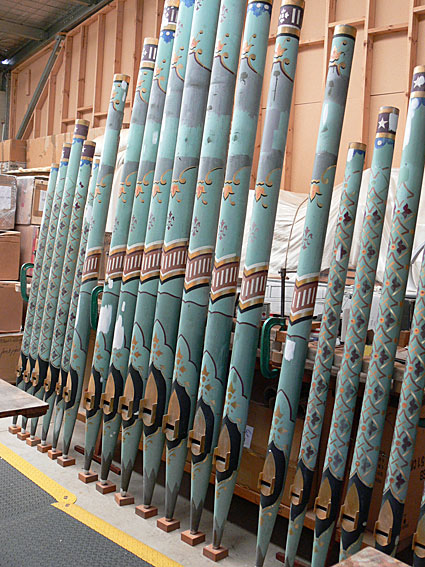