The original Town Hall buildings were designed by Melbourne architects Reed & Barnes. The foundation stone was laid in 1867 by Prince Alfred, Duke of Edinburgh, son of Queen Victoria, and the building opened on 9 August 1870, when a small organ of 17 stops by George Fincham was hired for several months.

Hill & Son, of London, were commissioned to build a four-manual grand organ of 66 speaking stops for the Town Hall, which was the last major instrument to be built under the superintendence of William Hill, the founder of the firm. It was completed in the builders' factory in June 1871 and finally opened on 8 August 1872; the total cost was £7,350.[1] 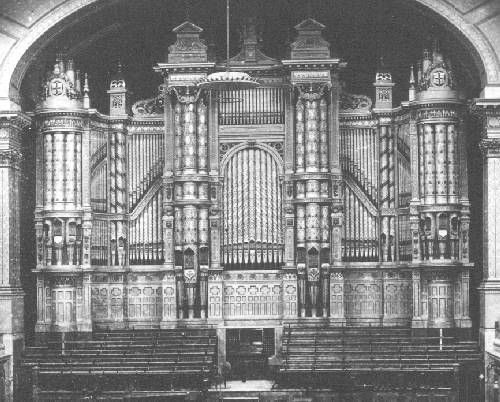 Description of the new organ [opened 1872] for the Town Hall, Melbourne, Australia, by
Messrs. William Hill and Son. Compass of each Manual, CC to C, 61 notes:-

Hill & Son quoted on 12 December 1890 for upgrading the console and action to tubular pneumatic, but this was not carried out. Between 1904 and 1906, the instrument was rebuilt by Ingram & Company, of Hereford, in consultation with Edwin Lemare. Electro-pneumatic action was introduced, a detached stopkey console supplied, and most of Hill upperwork replaced with sundry Hope-Jones-inspired tonalities. The instrument had five manuals, 82 speaking stops and 30 couplers, although the echo organ was only prepared-for. It, and the main auditorium, were destroyed by fire on 1 February 1925. 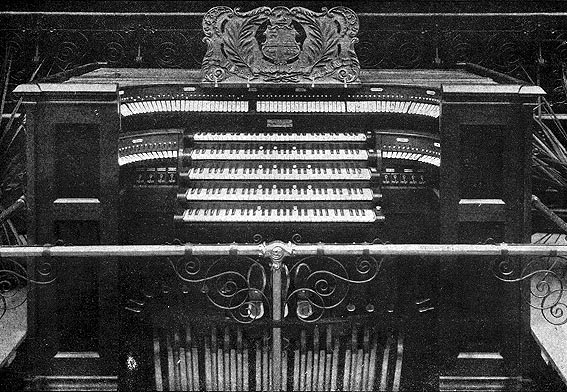 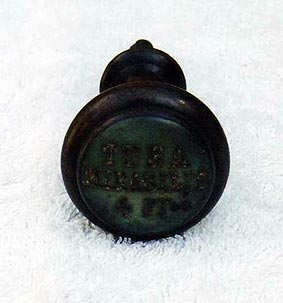 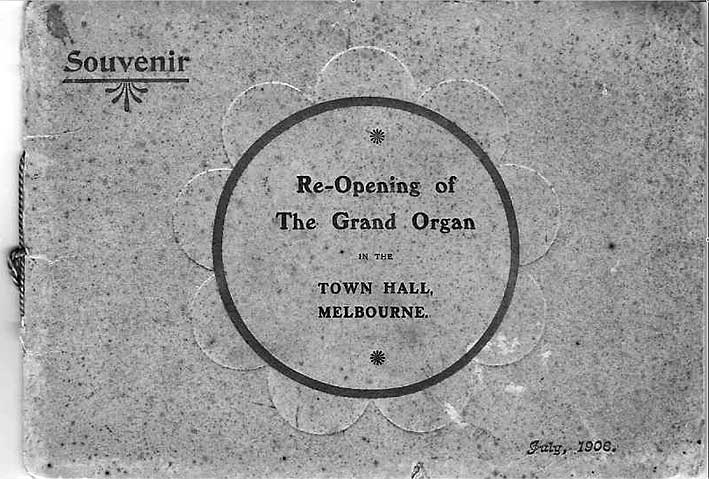 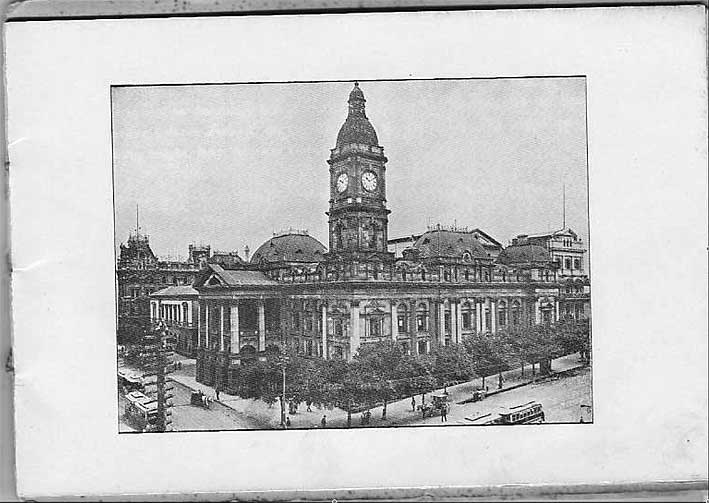 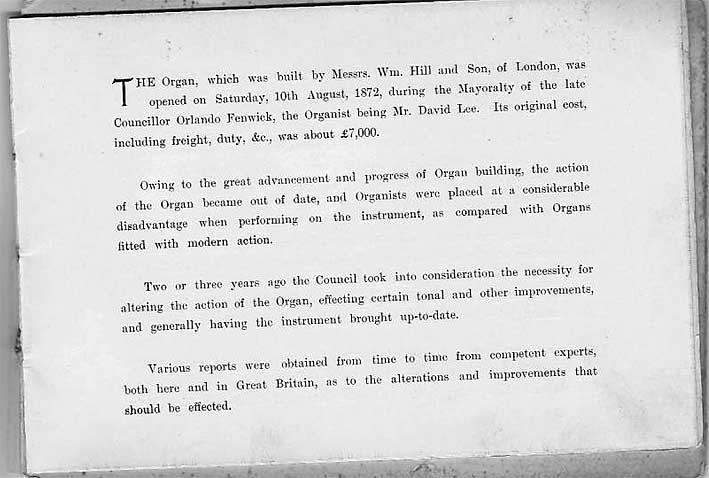 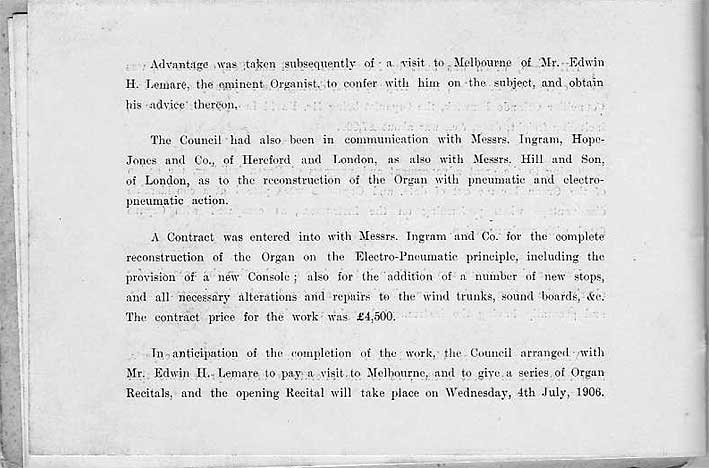 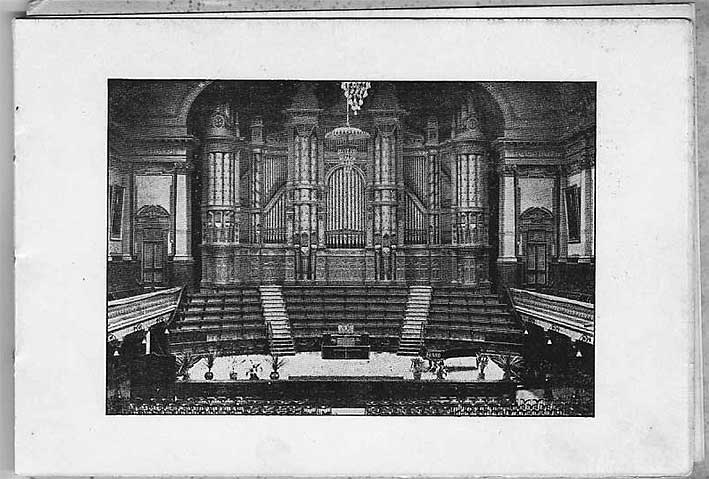 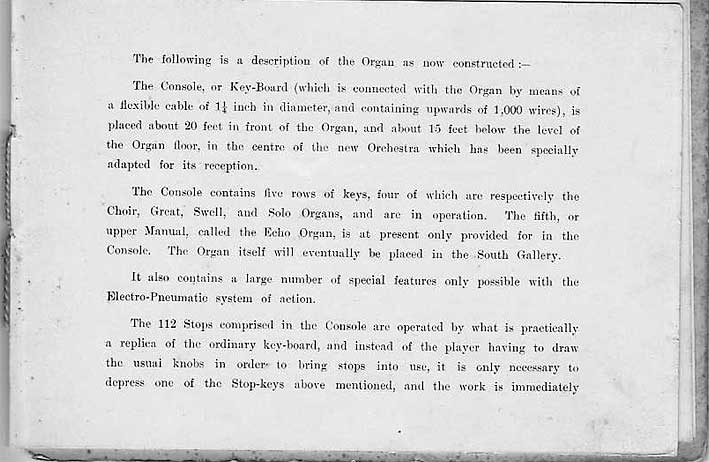 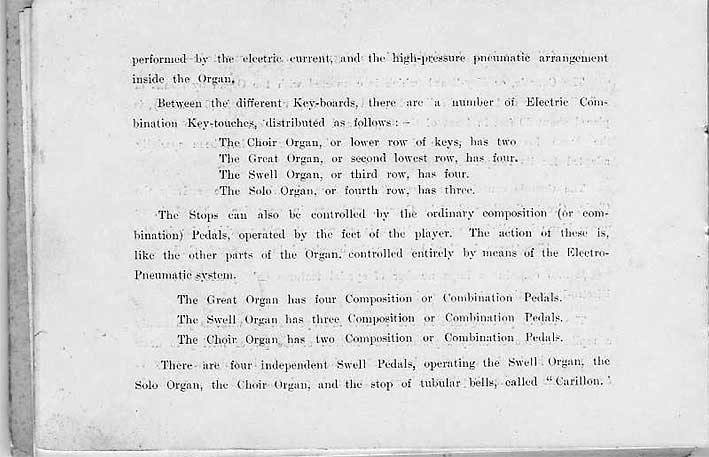 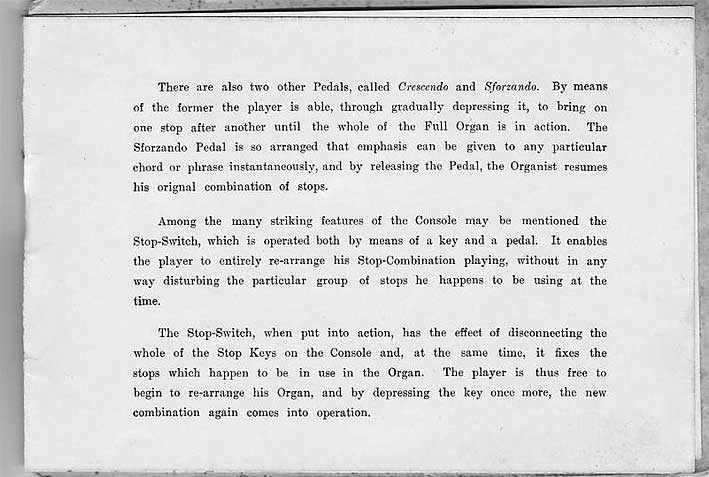 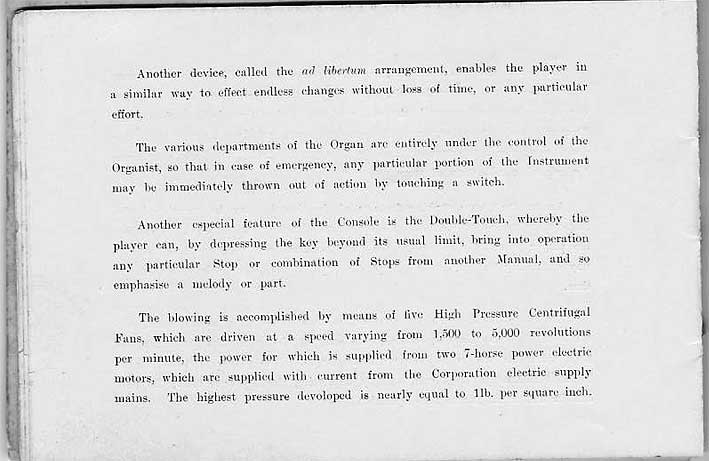 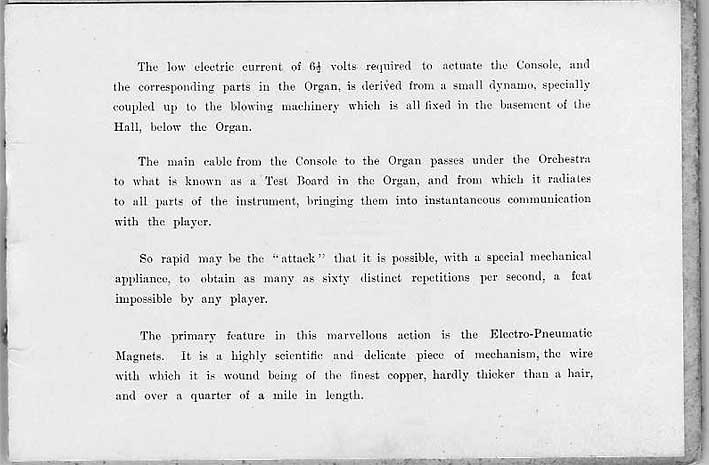