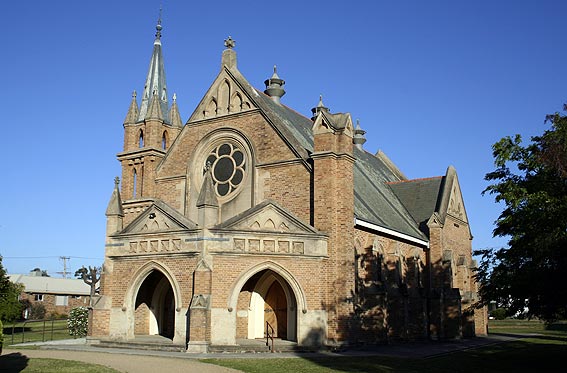 By 1871 the Wesleyan Methodists numbered 50 and comprised a vigorous group. In 1874 both the Wesleyans and Catholics erected simple brick buildings for worship. The first resident minister, The Revd Henry Wise, arrived in 1872. The first church featured a steep iron roof, face brick, modest buttresses and Gothic shaped window heads. This church is the one of only six surviving buildings constructed in the 1870s in Inverell. In front of this building is the newer Romanesque revival church - the only such building in the region - constructed in 1904 as a result of a substantial legacy from the will of Thomas Taylor.1 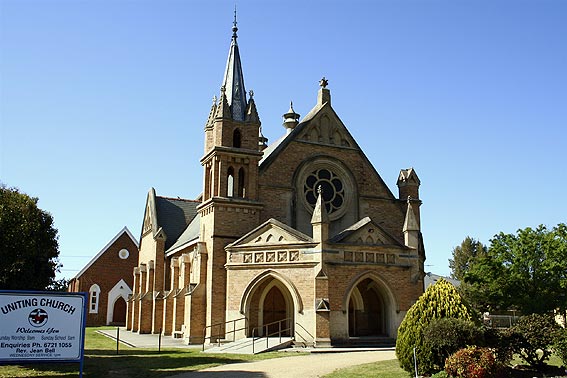 
The organ was built by Whitehouse Bros in 1927-29 at a cost of £1,300.2 It was erected in loving memory of Richard Wearne Nicholas (1845-1926), a Lay Preacher and Trustee of the church. The fine red cedar case was designed by the local grazier, James Nicholas, and built by local craftsmen.3 It features two towers flanking a central flat in three sections, all of which is surmounted by carved pipe shades. Two recessed flats of three pipes each add visual depth and interest to the whole. 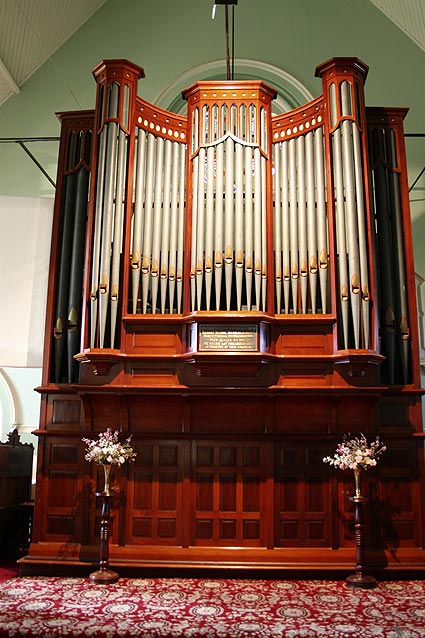 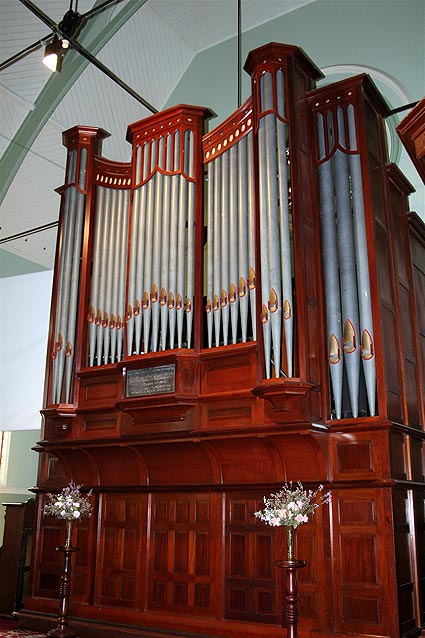 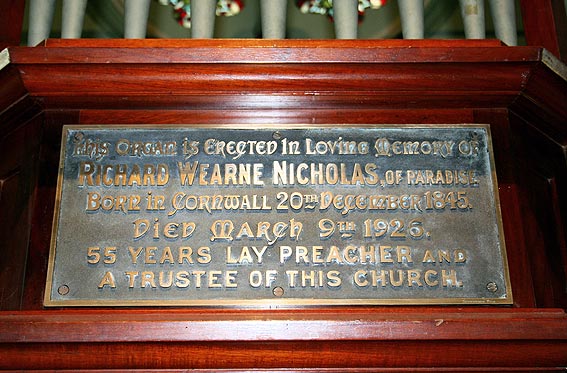 The opening recital was given on Saturday 23 March 1929 by Mr Arch. H. West, organist of the Cameron Memorial Presbyterian Church, Glen Innes. Judging from contemporary reports, the occasion left a profound impression upon the reporter for the Inverell Times whose glowing terms of the organ included such descriptions as 'a sonorous Niagara of sound', 'majestic tones! and swelling thunderous roll'.4 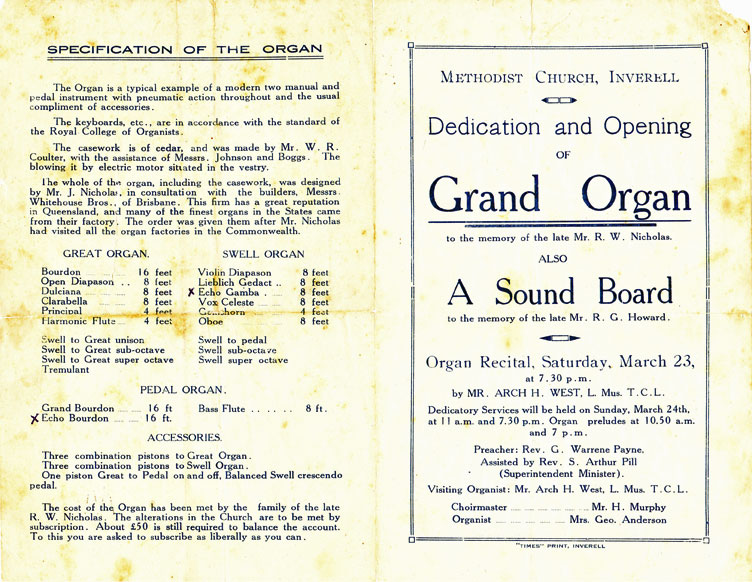 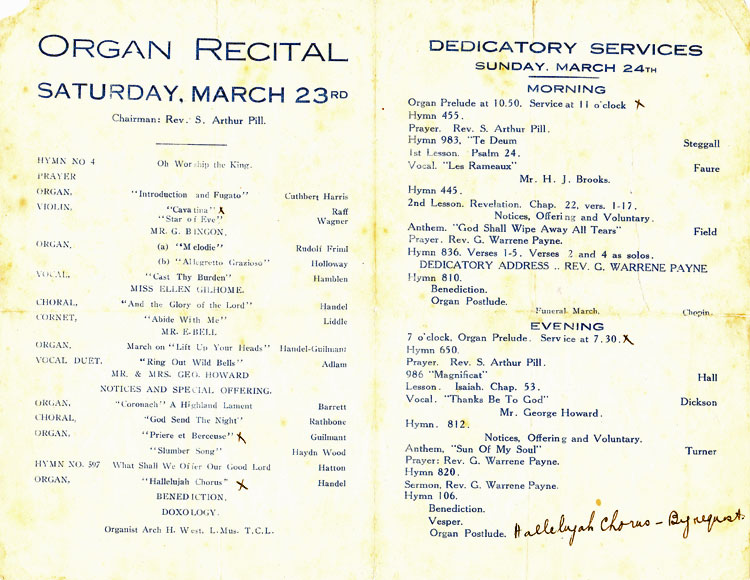 The opening recital programme (above) provides the original specification of 15 speaking stops and 6 couplers, with tubular-pneumatic action. The specification prepared by Whitehouse Bros in 1927 stated that the windchests would be of red pine, sliderless, with a separate pallet for each pipe. 'All metal pipes to be secured from the best maker and voicer in England, the Diapasons to be made of special thick metal, the 8ft basses from good zinc, the Celestes and similar stops from Mid C to be spotted metal, each stop to be of sufficient thickness to ensure the true individual tone being obtained and to be fitted with tuning slides.'5

Whitehouse Bros carried out an electrification of the action in 1957, at the same time providing a new detached console.6 In 2009, Ian D. Brown & Associates replaced puffers in the original cone-valve windchests.7 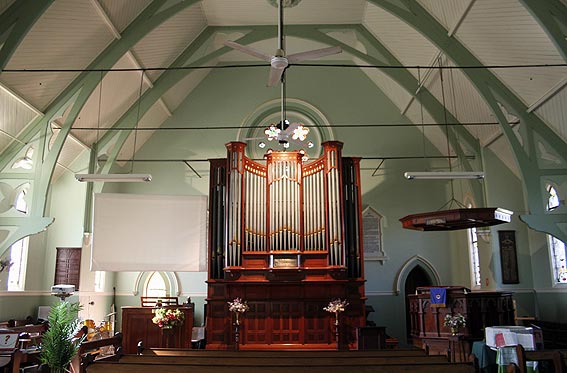 
The current specification of the organ is: 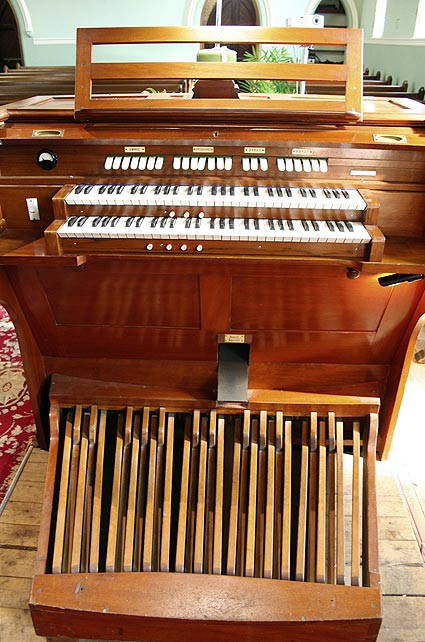 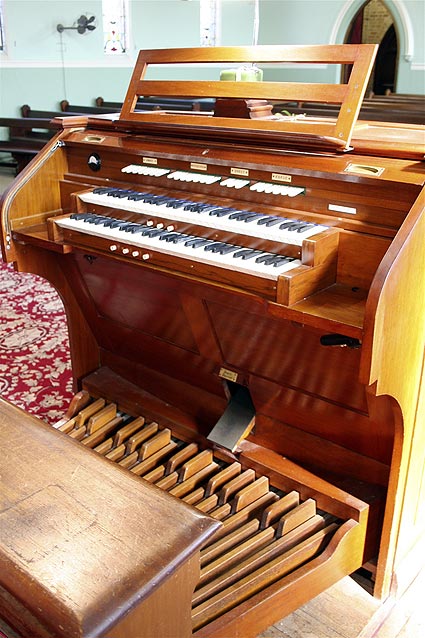 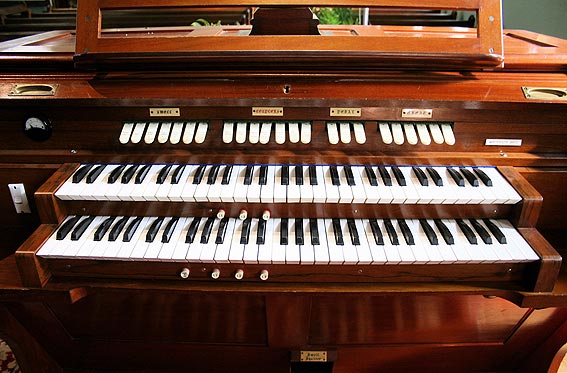 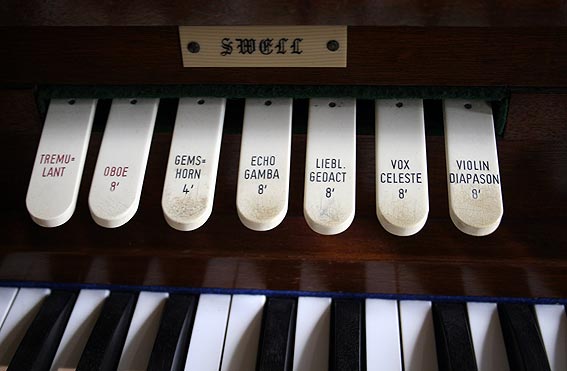 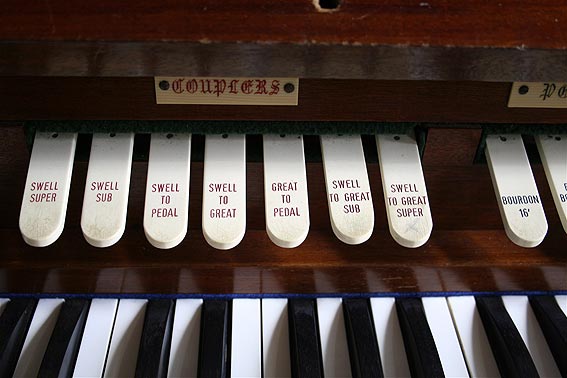 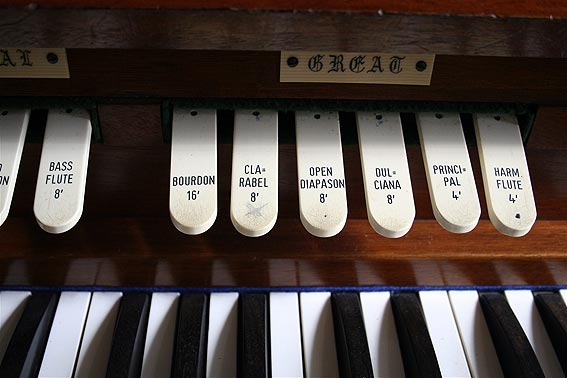 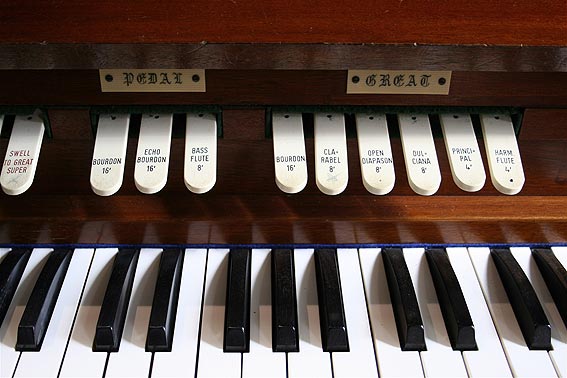