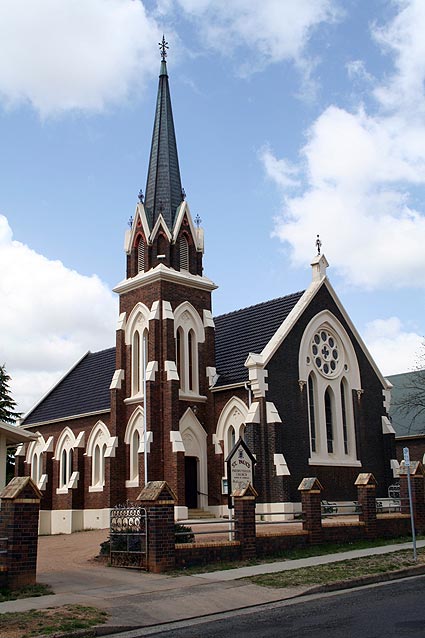 
The first minister who settled in the northern district was The Revd John Morrison who apparently went to Armidale about the year 1850. On 30 April 1882 a handsome church, still an ornament to the town, was dedicated in Armidale. The devotion and loyalty of the people is well illustrated by the large number of memorial gifts which beautify the church and add to its amenities. The church is particularly rich in this respect with no fewer than 25 of them listed. Outstanding are the pulpit in memory of Mr Kenneth Finlayson, and the pipe organ in memory of Mr Alexander Richardson. Other memorials include stained glass windows and various articles of furniture.1

The organ was installed by Whitehouse Bros in 1929.2 In the stoplist that follows, there was provision at the console for five extra stops for which there is neither any internal preparation nor space.3 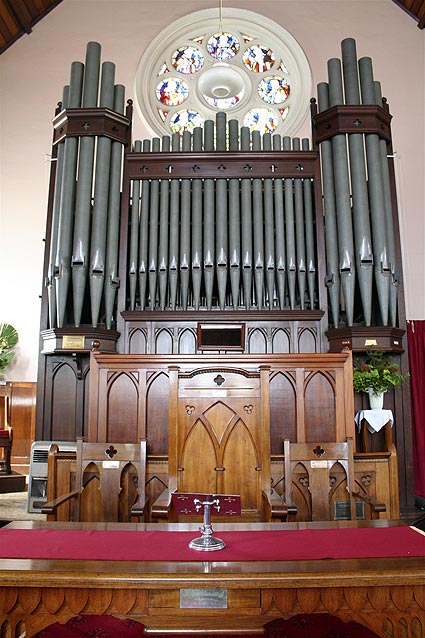 
Leaving aside the five stops 'prepared for' at the console, the specification is identical with that at St Andrew's Presbyterian Church, Inverell, two years earlier. The casework is also very similar, although the central flat is wider here than at Inverell.4

During a cleaning and overhaul of the organ in March 2014 by Peter D.G. Jewkes Pty Ltd of Sydney, the metal pipework, all made originally by Alfred Palmer & Sons of London, was found to be in excellent condition. The bottom six notes of the Oboe 8ft, which had suffered badly over the years due to poor staying and lack of support, were sent for repair to Tim Gilley in Melbourne. The console coupler diaphragms, individually made from gut-skin, were replaced using components supplied by Aug. Laukhuff of Germany, who had supplied them originally.5 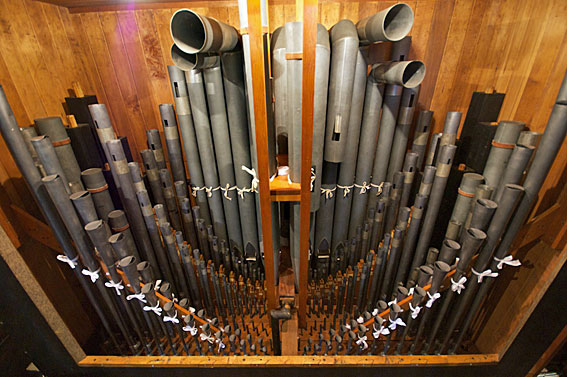 Pipework of the Swell Organ
[Photograph by Rodney Ford (March 2014)]

* = ranks prepared for at the console, but no internal space available for them. 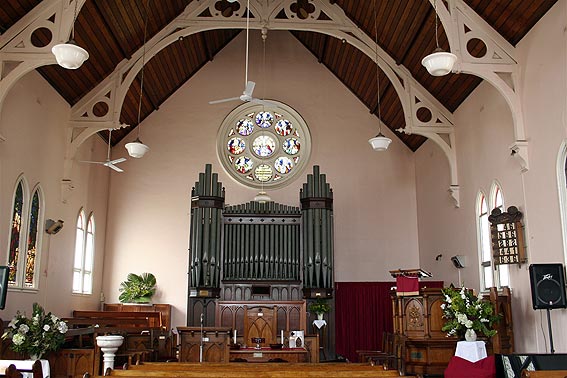 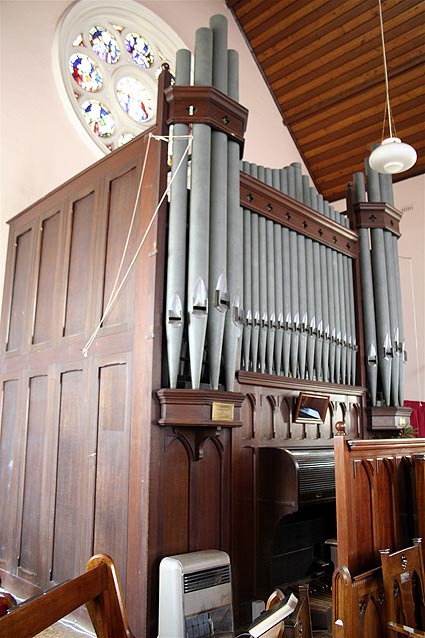 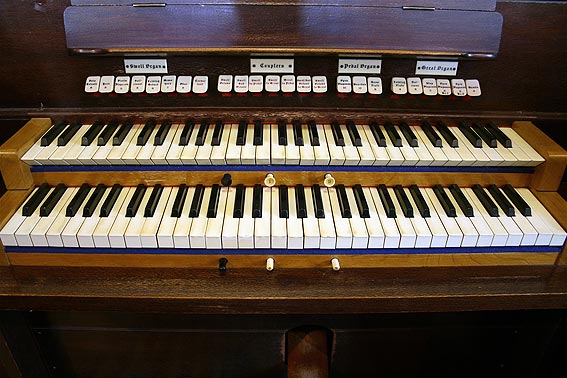 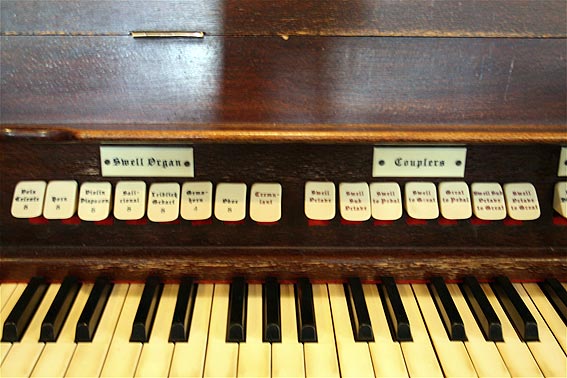 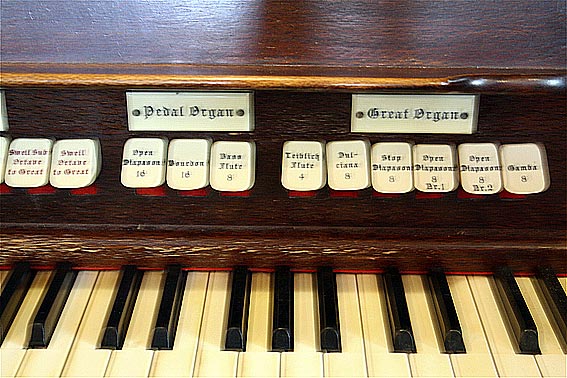 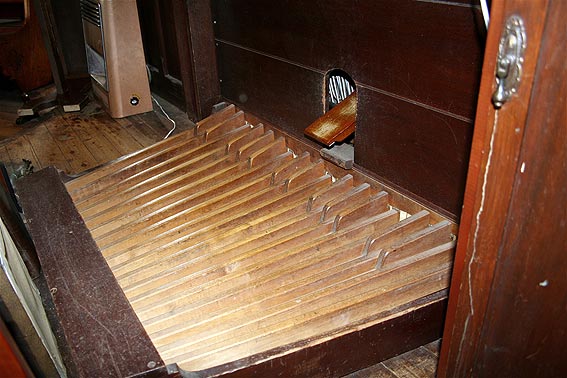 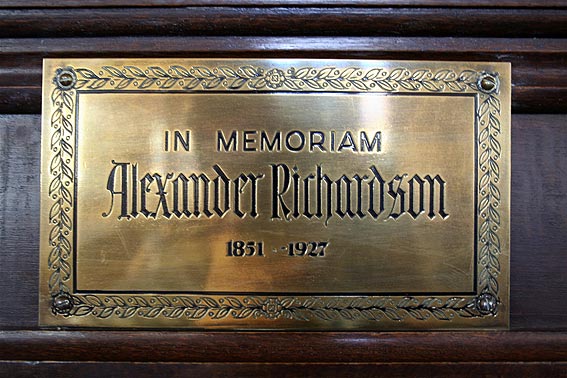