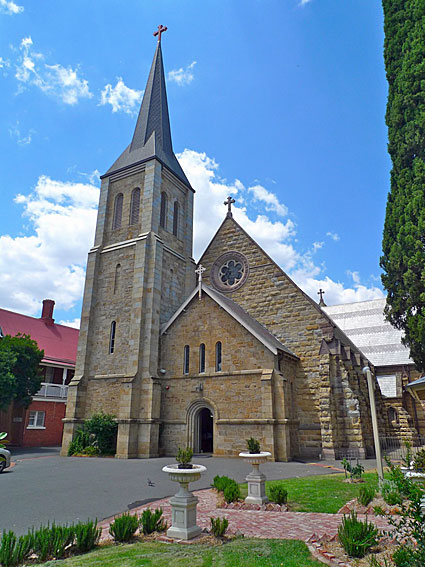 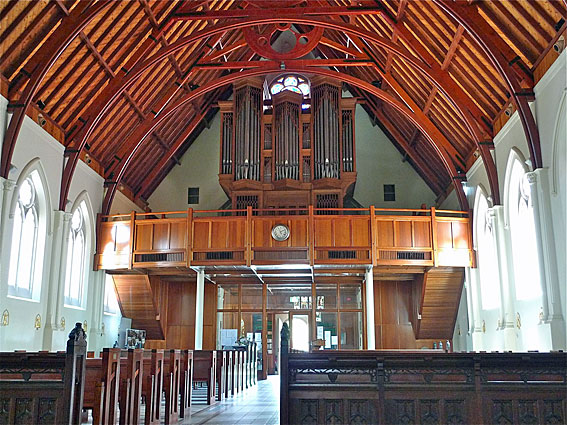 In 1857-59, the nave, south porch and tower base were built to the design of Sydney architect Edmund Blacket in Norman style. In 1876, the transepts, chancel, vestry and organ chamber were completed to the design of Sydney architect William Boles. It had clearly been intended to replace the earlier Blacket nave as the scale of the additions dwarfed the earlier work. Boles' original design, published in the Albury Banner & Wodonga Express in 1875 showed a colossal western tower and spire centrally placed at the west end of the nave, but never built. This was the church that was gutted by fire in 1991, entirely rebuilt, and reopened in 1994. The nave was reconstructed on the same scale as the transepts but incorporating the Blacket western façade and tower base which was heightened and capped with a spire. The church includes a rich range of fittings recycled from other churches. particularly the carved screen and stalls from the former All Saints' Cathedral, Bendigo, designed by Louis Williams, and be Purbeck marble pulpit, designed by Sir Gilbert Scott in 1855 for Westminster Abbey. The stained glass is entirely new, but the design of a number of windows (such as the east window, by Kevin Little) was skilfully based upon the destroyed originals and reconstructed from photographs. The tower includes a ring of eight bells, which survived the fire. 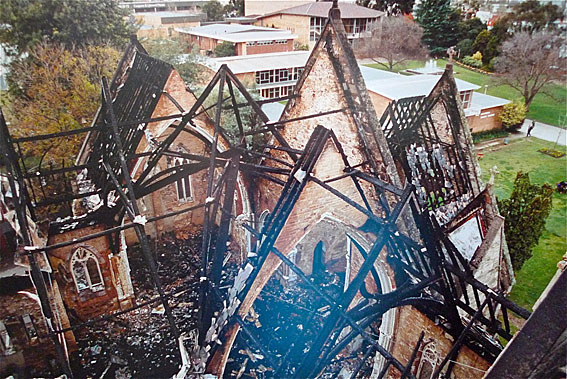 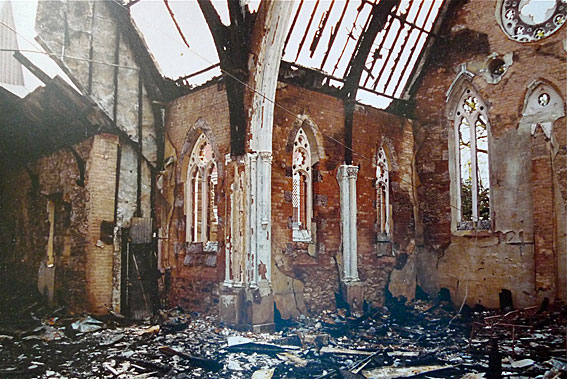 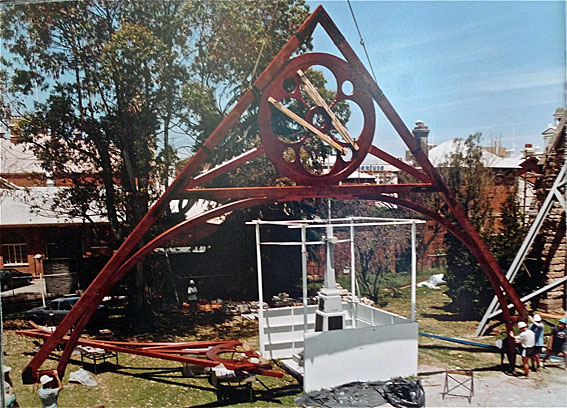 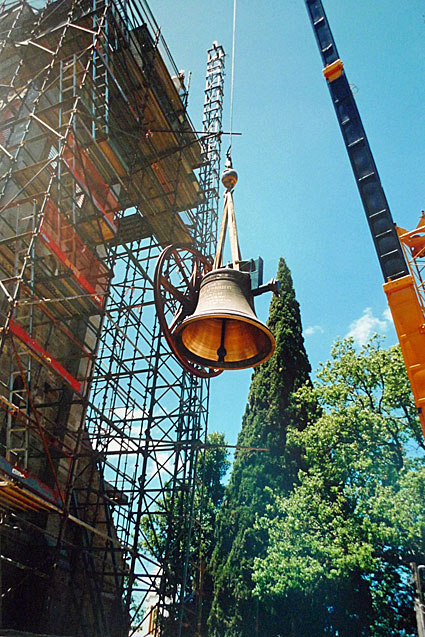 The first organ was built in 1876 by George Fincham. This was a two-manual organ of 23 speaking stops, probably the most comprehensive two-manual organ built by the firm, with great and swell choruses complete from 16ft to Mixture. The integrity of this instrument was successively eroded at three rebuilds in 1899, 1958 and 1980 and it was entirely destroyed in the fire.

The new organ was built by Fernand Létourneau, of Ste Hyacinthe, Quebec in consultation with Ray Holland. The opening recital was given on 22 September 1994. The organ stands in a new west gallery and has a massive case in American oak with overhanging sides, incorporating three v-shaped towers and four flats, two of these having double storeys. The récit expressif is located at the base of the organ, to the rear of the console, with the grand orgue and pedale divisions placed higher up, within the main case which incorporates carved pipeshades and carved grilles screening the récit. The console has keys of cowbone and African jacaranda which is also employed for the drawknobs. 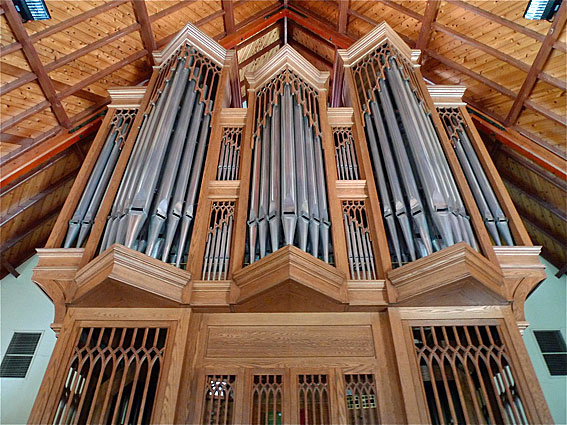 * The Hautbois rank was supplied by Orgues Letourneau and installed by Peter D. G. Jewkes Pty Ltd in November 2007. It replaced the original Voix Humaine 8’ rank which was reinstalled by Jewkes in November 2020. 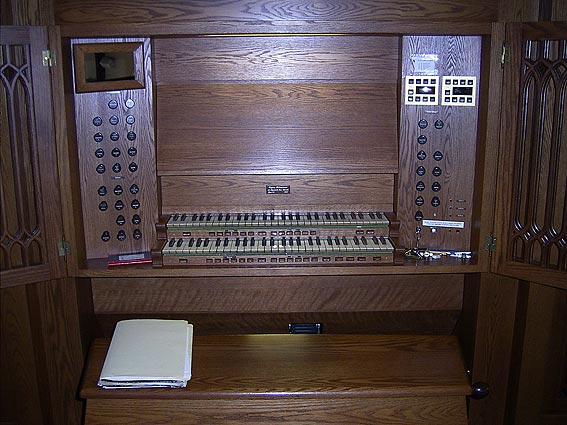 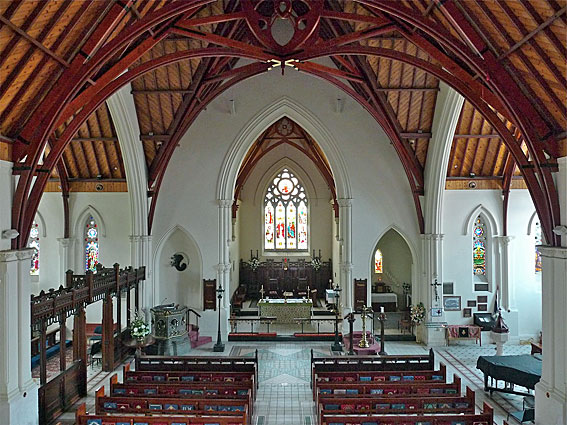 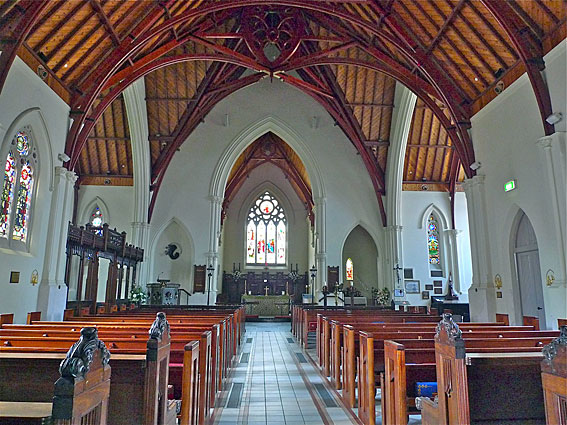 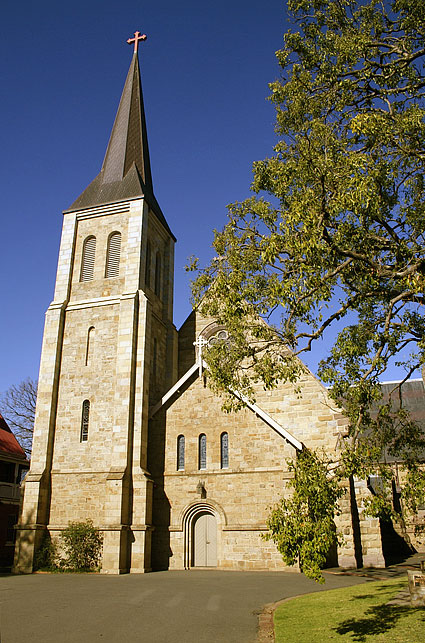