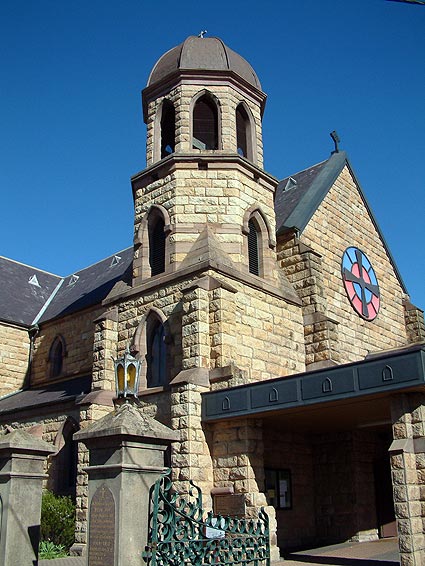 St Patrick's Church was opened in November 1872, replacing an earlier combined church and schoolroom church dedicated to St Brigid that was opened in 1858. St Patrick's was designed by John Gordon in the Gothic style and constructed from brickwork faced in local granite. Gordon was born in Chelsea, London around 1826 and emigrated to Australia around 1853, practising in both Goulburn and Albury and district until his death in 1880. The building was not completed to Gordon's original designs, that envisaged a longer nave and a tall tower. It is notable for its lofty aisled and clerestoried nave, spacious transepts, and imposing apsidal sanctuary rising to the full height of the building, flanked by two chapels. The unusual octagonal cupola roof to the tower was not part of Gordon's design.

The fittings include excellent stained glass by the Scottish-born Sydney artist John Falconer who executed 42 windows in the church and believed to be the largest cycle of his work in New South Wales. 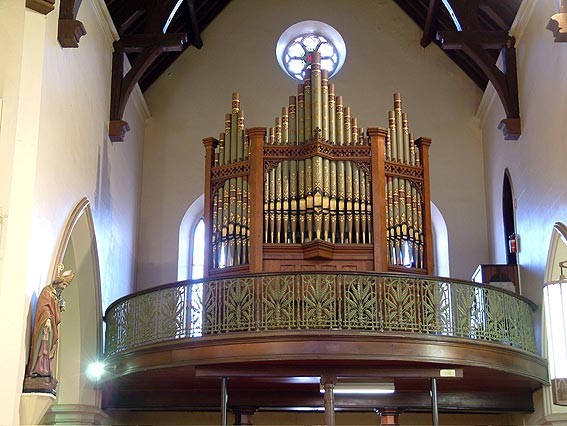 The first pipe organ was built in 1892 by Fincham & Hobday at a cost of £750 and had two manuals, 18 speaking stops and 3 couplers. The Albury Border Post of 14 June 1892 reported "The key board projects about 2 feet, the keys and stops being contained in a tambour or sliding cover. All the fittings inside the tambour are of handsome French polished Tasmanian blackwood. The pedal keys are on the radiating concave principle, & of Tasmanian blackwood. The motive power for blowing the organ is an ingenious invention by Mr E.S. Walters of Albury, & the contrivance is very highly spoken of." An earlier report in the same paper of 10 May 1892 attributes the hydraulic blower to Melvin & Sons Glasgow, who also supplied the engine for the Albert Hall, Launceston, Tasmania. David Lee, Melbourne City Organist, gave the inaugural recital in June 1892. Placed on a lofty gallery in the south transept, with a curved front incorporating cast iron balustrading, the organ presented a most attractive appearance, with stencilled façade pipes and splayed sides. Regrettably, the organ fell into disrepair and 'repairs' were carried out in the 1970s by an untrained individual that rendered the instrument unusable. The remaining pipework and chests were acquired by Laurie Pipe Organs. 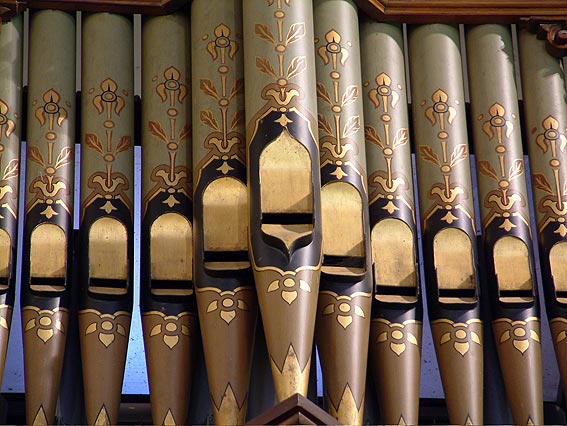 The present organ has its origins in an instrument built in 1935 by Frederick Taylor, of Hawthorn, for the Baptist Church Coburg, Melbourne. This was rebuilt in 1962 by Davis & Laurie, who electrified the action. In 1982 Australian Pipe Organs built a new instrument incorporating parts from the Taylor organ and a 1922 organ by George Fincham & Sons formerly in the Peace Memorial Methodist Church, Epping Street, East Malvern, Victoria. This instrument became redundant and it was installed at St Patrick's Church in 2002 by Laurie Pipe Organs behind the casework and façade pipes from the 1892 Fincham & Hobday organ, with the console located opposite the organ on the north transept floor. 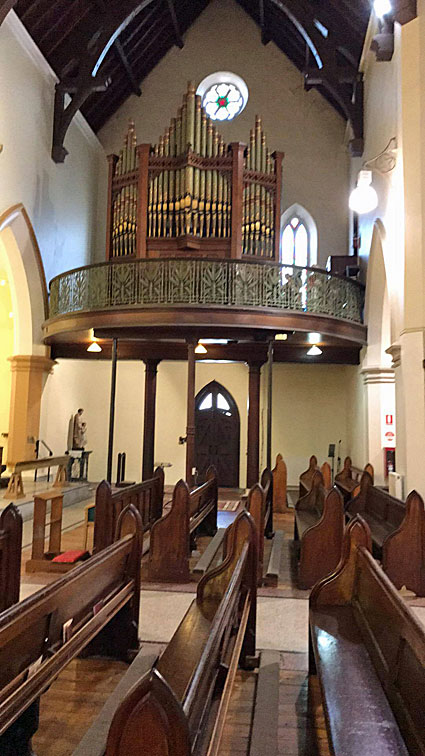 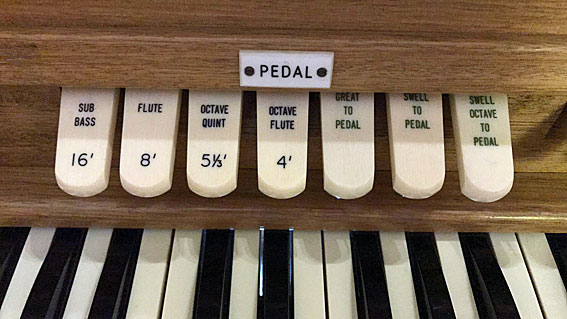 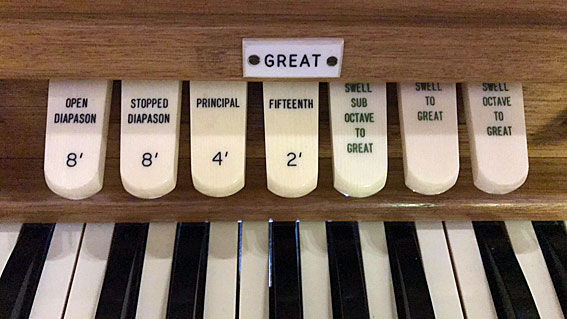 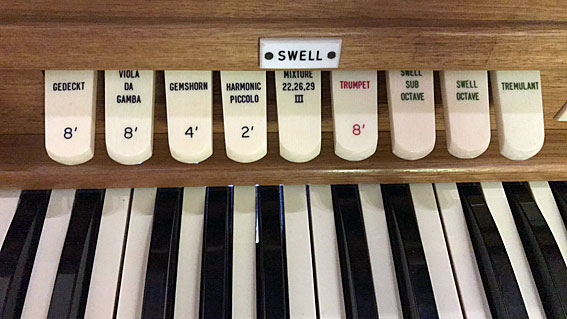 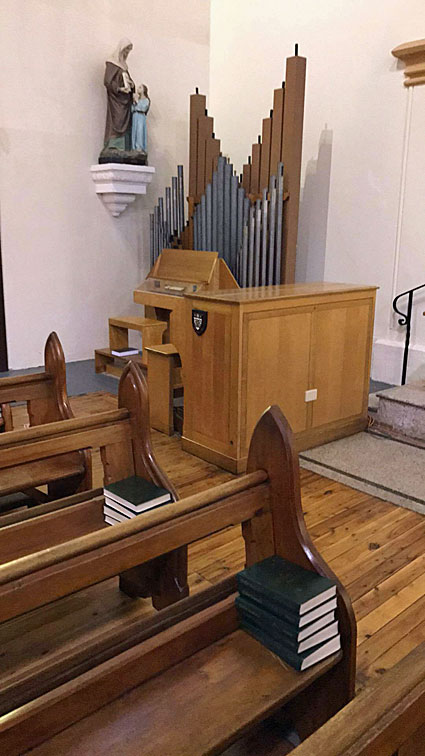 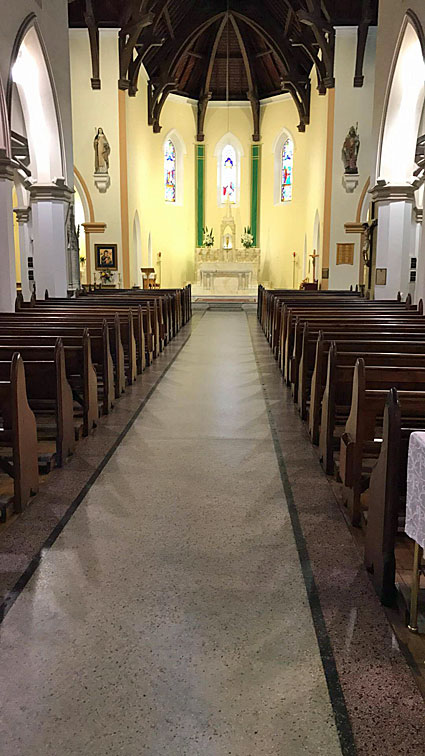 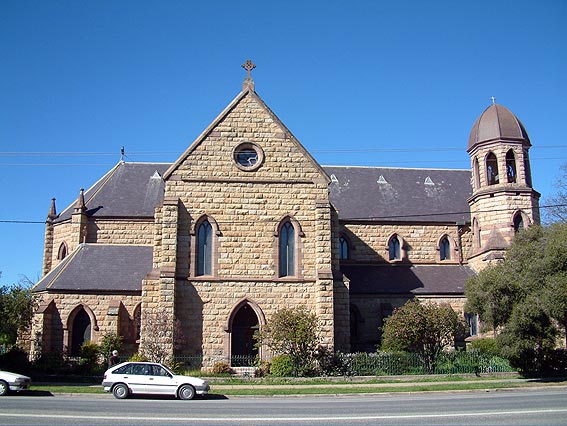 
The organ was purchased by the Vianney College Seminary, Wagga Wagga in approximately 2001 and relocated to St Patrick's Catholic Church, Albury on 14 April 2016. It consists of the following:

Dorian Organ with the main organ console to the left of the altar
[Photo: James Flores (April 2016)]