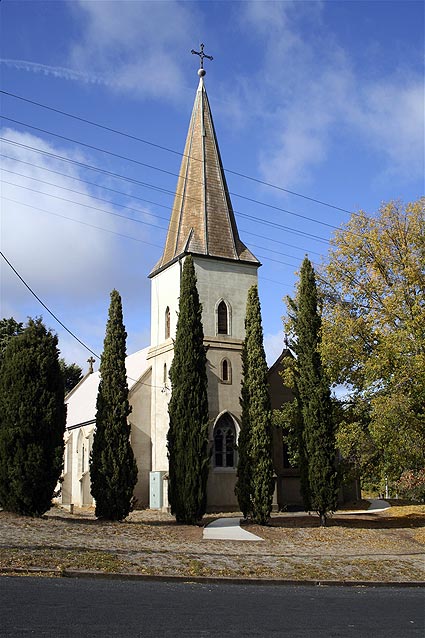 St Clement's Church was designed by Edmund Blacket and opened in 1850. A tower and spire were added in 1857 and a west end gallery has since been removed. The organ in St Clement's Anglican Church at Yass was built by William Davidson in 1876 and remains in original condition. It was restored in 1980 by Brown and Arkley. It was built for £320 and has two manuals and 10 stops.The case layout is typical of Davidson's style of the period, with three flats of pipes and carving on the transom rails and impost. A similar arrangement was provided for the organs at St Paul's Cobbitty (1876), St James' Morpeth (1877), Leigh Memorial Uniting at Parramatta (1878) and the organ formerly in Stanmore Methodist Church (1875). The case includes decorated display pipes in two side towers and a central flat arranged 3-11-3. It is quite different in tonal structure from his other instruments, being much more romantic in concept.

A unique feature of the organ is that its tonal conception is markedly different from virtually all other known Davidson instruments. Rather than possessing a well-developed and remarkably bright diapason chorus, this instrument is more tonally subdued, with a focus on unison colours. According to a description of the instrument written at the time of its completion, the Davidson was "built after the German system, and it contains all of the improvements introduced in organs of that class." 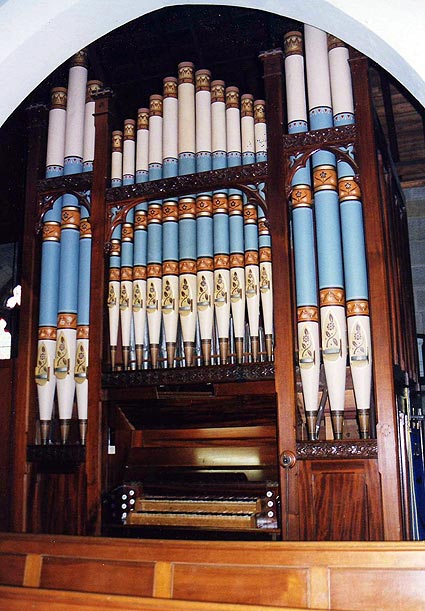 The organ stands in a chamber with its front to the south aisle and contains the following stops:


Swell to Great
Great to Pedal


Since the 2001 OHTA visit the organ has been moved from under the right hand arch back to it's original position facing down the side aisle - (which is almost as large as the main nave).