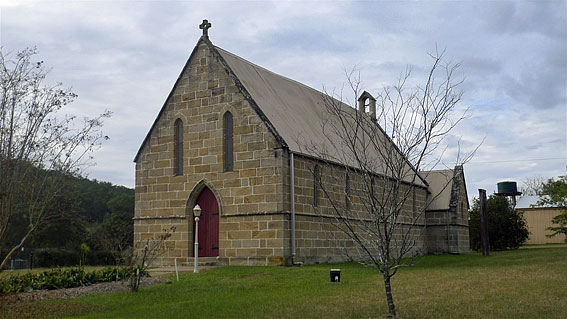 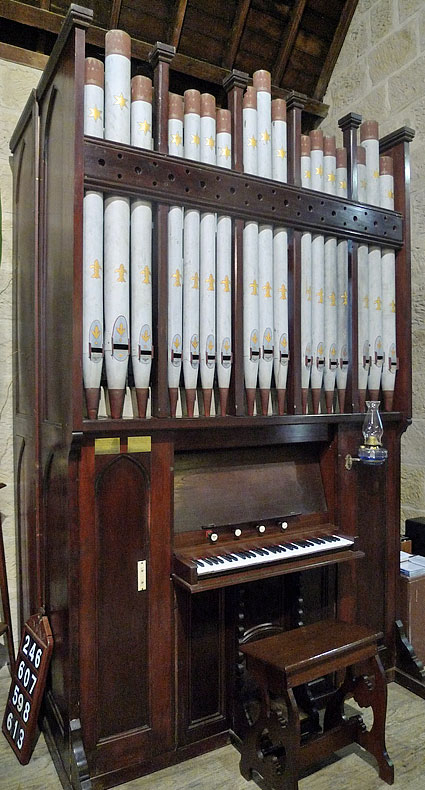 
The builder of this instrument is unknown. It was restored in 1980 by Brown and Arkley. [1]

The organ had another stop added in 2004. A Gemshorn 2 was added (transposed Wald Flute 4) and a new Principal 4 was also added.

The current specification is: [2]

It has now been established that this organ was built in Maitland by Arthur Linley Scott Brook and was advertised for sale in the Maitland Daily Mercury on 9 February 1900, p.1 [4]

In 1818 Governor Macquarie decided that the Hunter Valley should be thrown open to free settlers, so it became necessary to find an overland route between Windsor and Maitland.

During the expedition to find this route, the fertile land of Wollombi was discovered. Howe’s Valley road was the first road to link the Hunter Valley, allowing free settlers to reach Wollombi. The shorter and more suitable link route which was needed to the Hunter Valley was found in 1823, leading to the construction of the Great North Road in 1827.

By the early 1830’s, most of Wollombi was settled for farms and pastorages, with some war veterans being placed near Wollombi and Sweetman’s creek. By the early 1840’s, the population had grown to around six or seven hundred.

Approximately ten years later, local residents expressed interest in having their own Protestant Episcopalian Church. In 1845, the Reverend T.R. Bolton presided over a meeting where it was decided to build this church in Wollombi. A very generous sum of money was donated for the building of this church, which was completed in 1849.

A Church for Wollombi

St John’s Anglican Church at Wollombi was designed by Edmund Thomas Blacket. Blacket has been listed in Historic Churches of New South Wales as an ‘Architect of genius’. Dr Morton Herman, an authority on Blacket said that “As Blacket had arrived in October 1842, St John’s Wollombi is thus one of the earliest of the 57 churches, among hundreds of other buildings, that he was to design in his 40 years of professional life”.

In 1846 tenders were called for the contract for the stone and woodwork for this church. This was after services being held only four times a year in Wollombi. The foundation stone was laid by the reverend R.T. Bolton on July 22nd 1846. Work on St John’s took a few years, but was finally completed and consecrated by Bishop Tyrrell on February 15 1849. February 2009 saw Wollombi celebrate it’s 160th anniversary.

St John’s is described by Professor A.P. Elkin as ‘a lofty stone building of good proportions in pointed Gothic style. The nave, which was lengthened by twenty feet in 1864, originally measured 20 by 18 feet. The chancel and vestry have not been altered. The pulpit is approached through the vestry.

In his 1963 book The Blackets, an Era of Australian Architecture, architect Morton Herman writes “A modern architect can look on the simple dignity of Wollombi church with great pleasure, can enjoy its delightful and skilful use of materials and can experience a fellow feeling in appreciating the simplicity of its design. Being situated in a remote village, the church is in exactly its original condition, except for a small lengthening of the nave in the 1860’s. So much of our earlier architecture, especially that still existing near the larger centres, has been altered, spoiled, and generally debased. But Wollombi church has been allowed to age and mellow in peace. Even the walls of the nave have not been cluttered with those brass and marble memorials which grow like warts over the interiors of other churches. Since it stands in what was once great cedar-producing country, its pews and woodwork are of the finest timber, beautifully aged and completely un-spoiled, and the wrought-ironmongery still bears the marks of the long-dead craftsman’s hammer. The sconce on the wall near the pulpit still carries a candle to supply light for the pastor’s notes”. 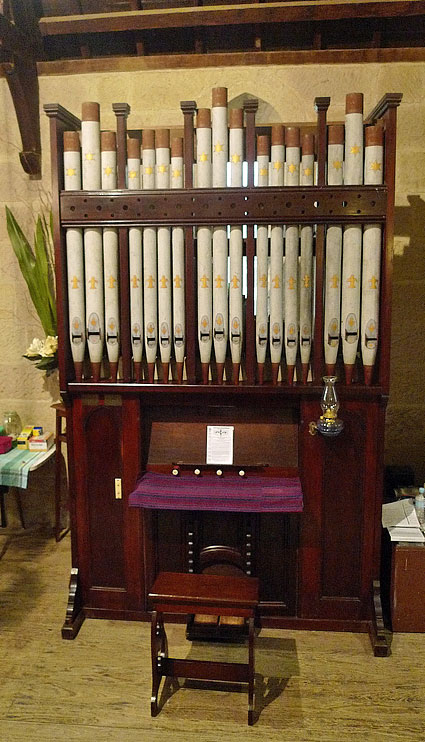 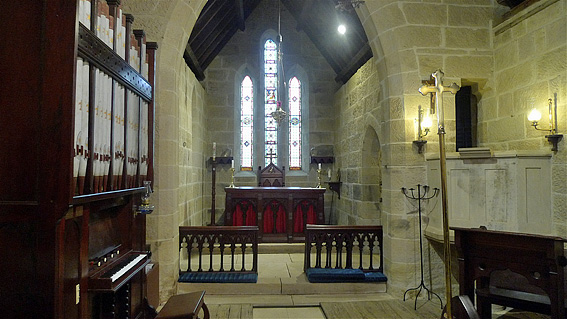 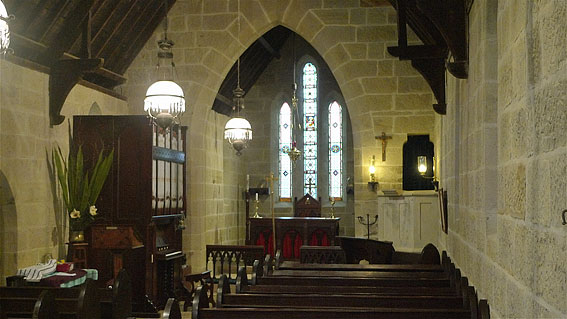 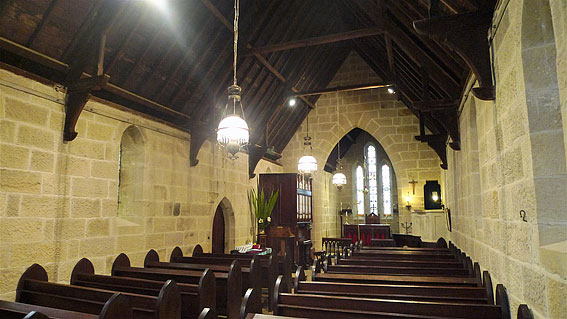 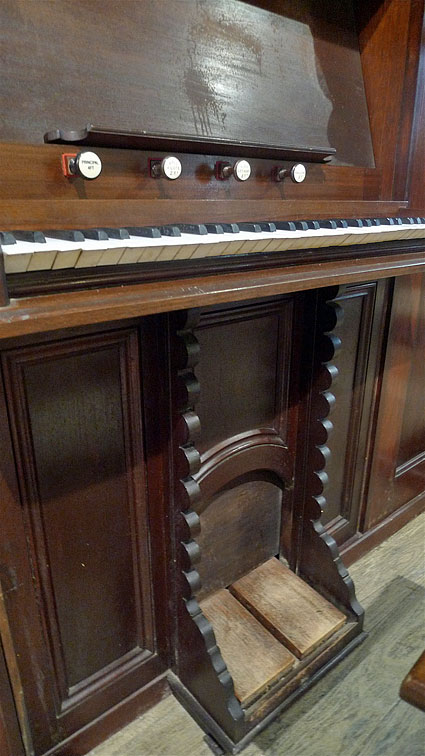 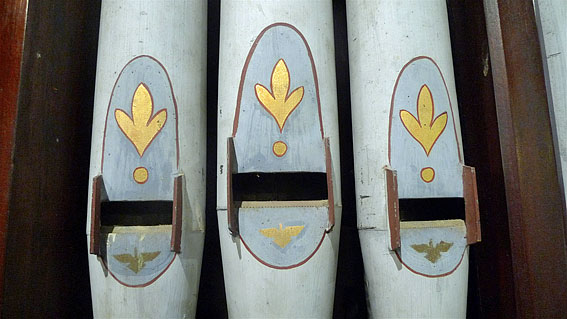 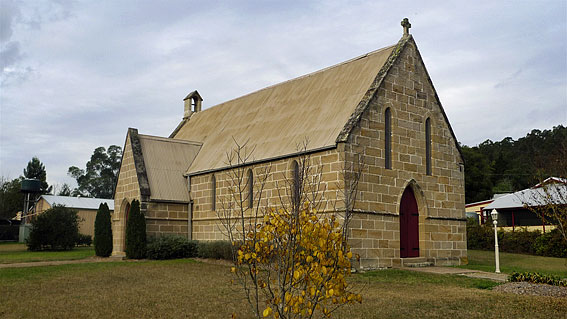 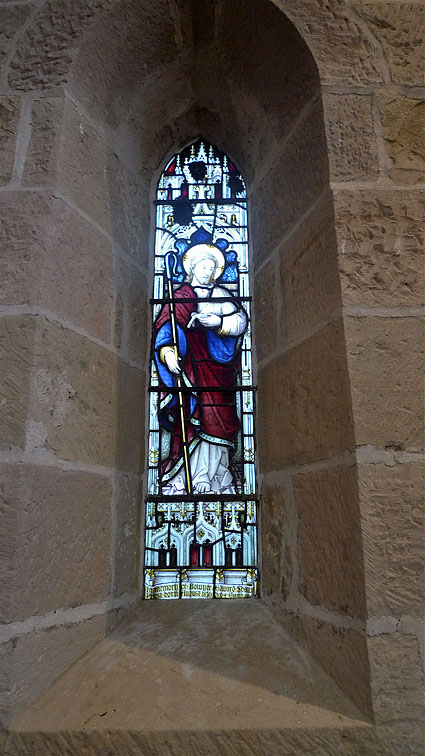 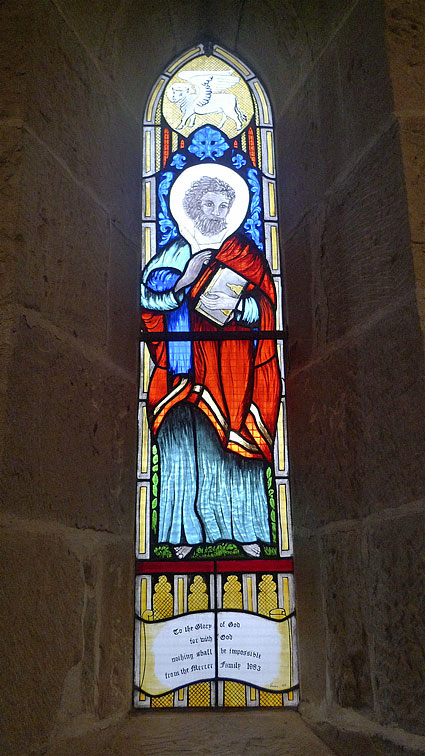 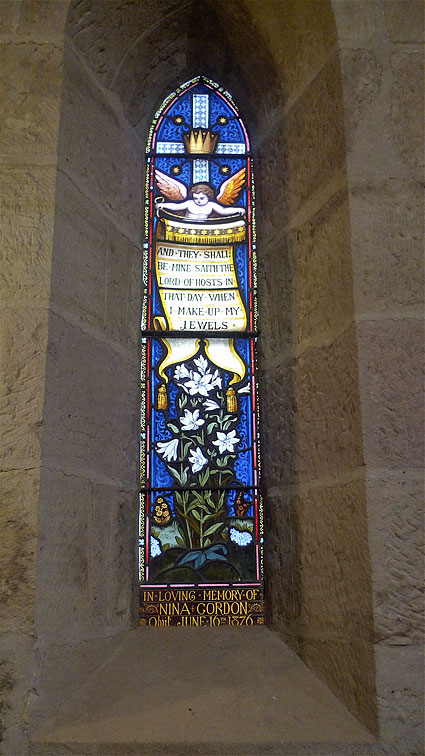 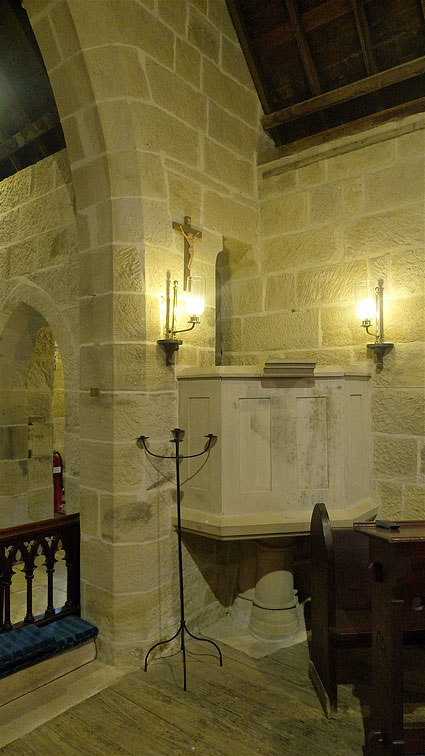 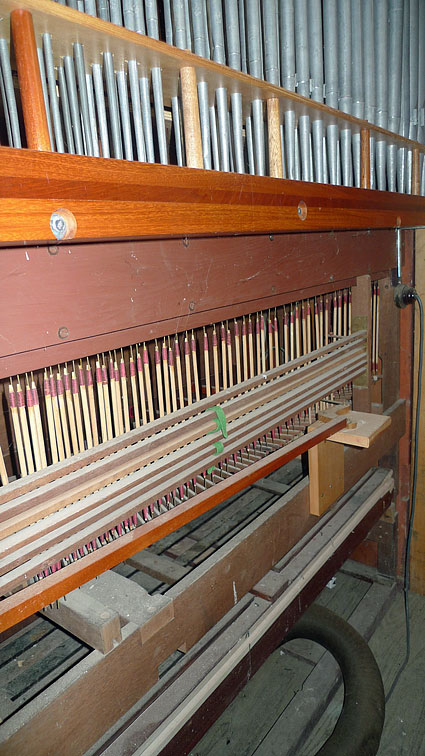 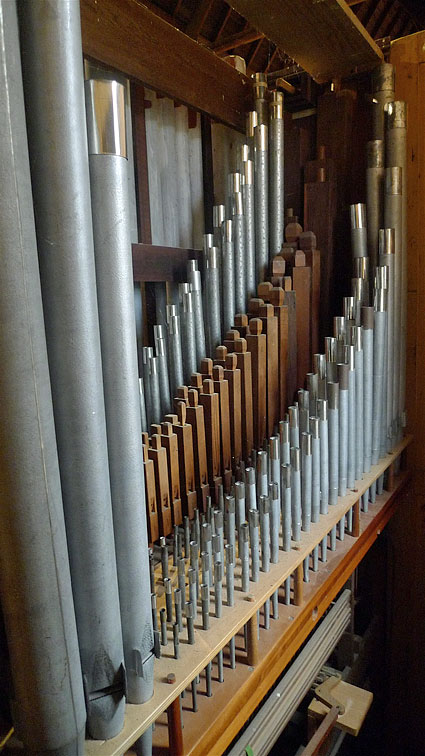 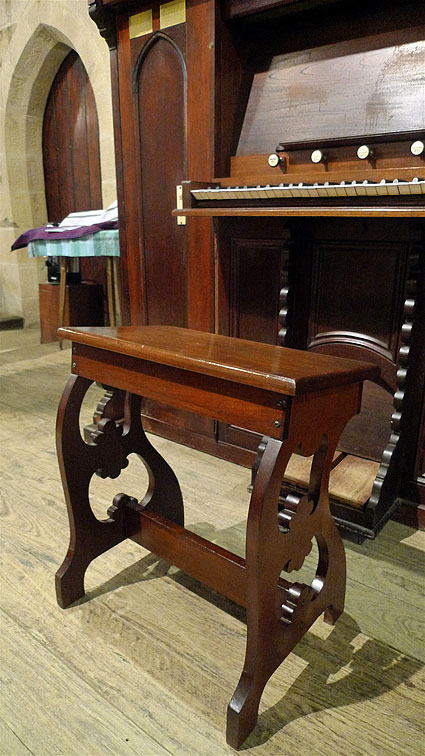