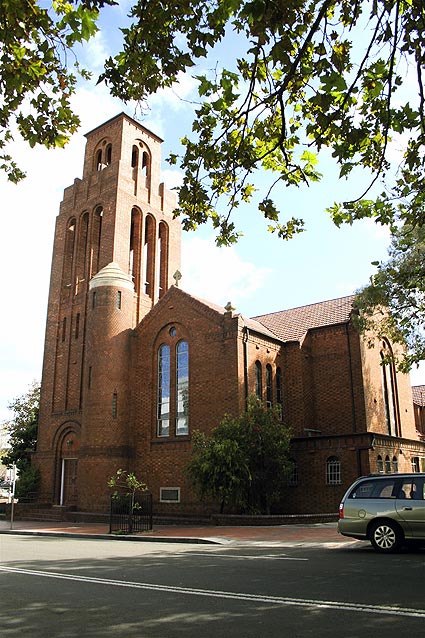 The organ in St Andrew's Presbyterian Church was built in 1937 by Hill, Norman & Beard (Aust) Pty Ltd. The console was refurbished and new electrics were installed in 1977 by Brown & Arkley. Further work (new manual soundboards) was undertaken by Roger Pogson in 1983 and 1987. The Pedal Violone is quite unique.

The church was opened in 1937 and replaced an earlier church built in 1837-1841. It is moderately large and more or less cruciform in shape. The organ pipes are situated in a chamber well above the floor level and which has openings into the crossing and into the nave adjacent to and on the ecclesiastical west of the crossing. In consequence the sound spreads more or less uniformly through the building. The console is on floor level in the crossing adjacent to the opening to the organ chamber. 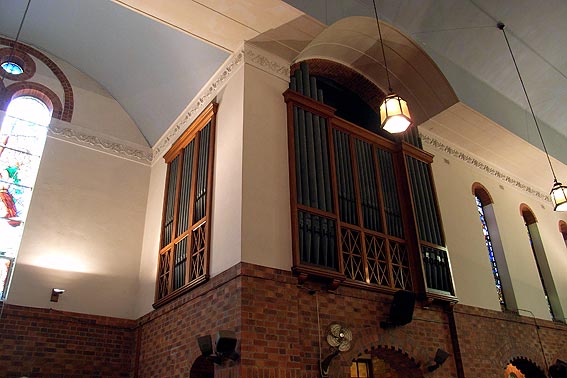 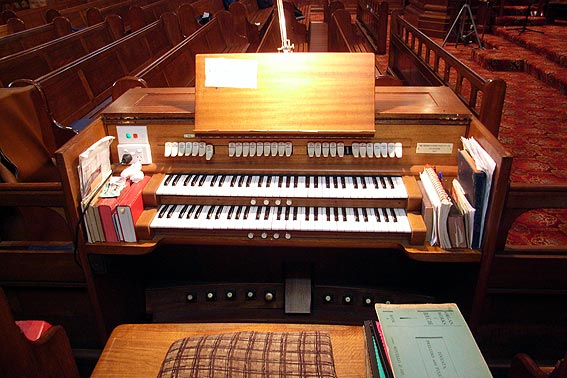