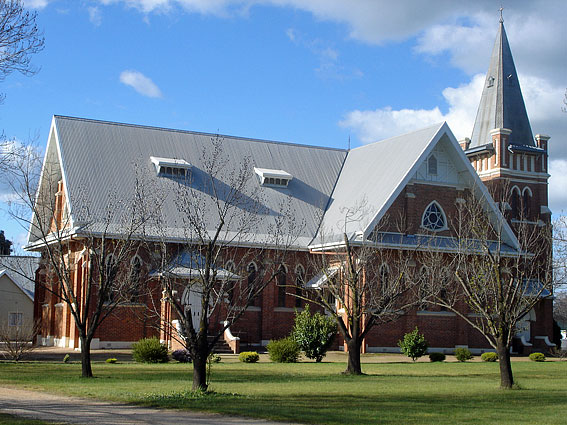 
The present Zion Church is the third church building on the site. The first (now demolished) was opened in 1870, the second (serving as the hall) in 1889 and the present church in 1924, a spacious cruciform building with tower and spire. 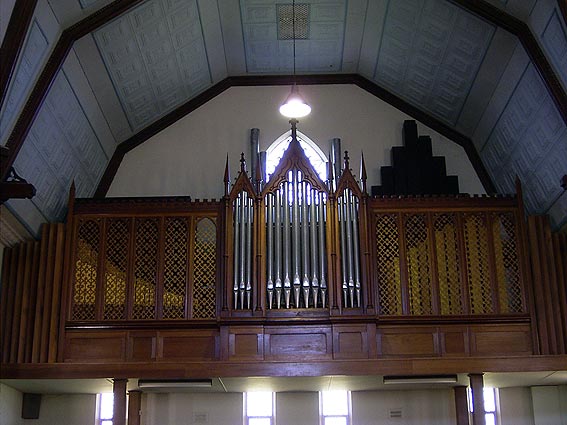 In 1913 J.E. Dodd supplied the church with a small two-manual mechanical action organ of nine speaking stops which was sold in 1967 to St Peter's Anglican Church, Leeton. The Dodd instrument suffered tonal modifications in 1973 when it was transferred to a new building on the Leeton site.

The organ was built in 1869 by George Fincham for the Wesleyan Church, South Melbourne. The case, consisting of three gabled flats, was unusual in Fincham's oeuvre but very similar to the case of the John Courcelle organ in St Luke's Anglican Church in the same suburb. Various tonal alterations and substitutions were carried out over the years. 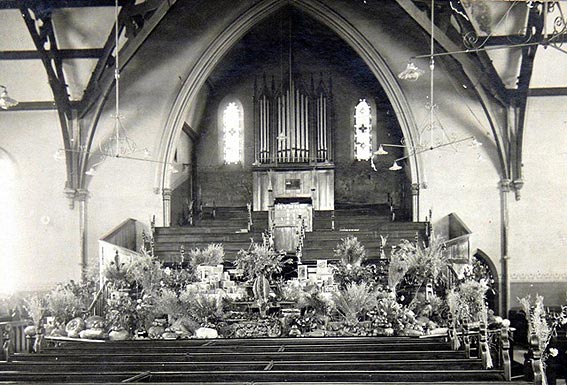 The organ as it was originally at the Methodist Church, Cecil Street,
South Melbourne, Victoria (Uniting Church Victoria & Tasmania Archives)

The specification, recorded in 1961 by John Henwood, was as follows:


Upon the closure (and subsequent demolition) of the church in 1965, the instrument was rebuilt by Laurie Pipe Organs in 1967 and installed on a transept gallery of the church at Walla Walla. The action was converted to electro-pneumatic, a detached drawknob console supplied, and several tonal changes took place, particularly additions to the pedal division. The instrument was overhauled in 2013 by Wakeley Pipe Organs Pty Ltd at which time the Great and Swell slider chests were restored and two Great stops (Harmonic Flute and Cromorne) completed to CC using recycled Fincham pipework.

In 1997, a Great Sub Melodic coupler was added.  This couples the lowest note played on the Great to the Pedal stops. 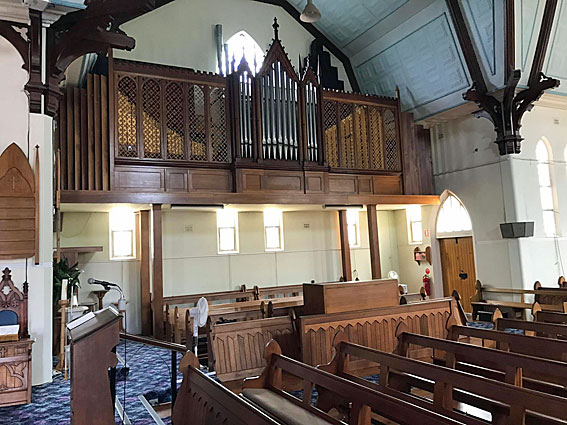 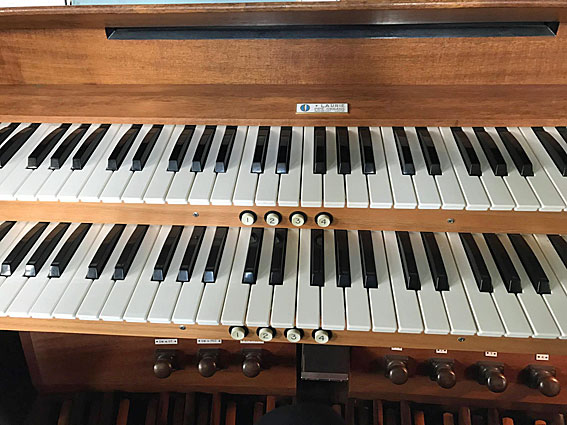 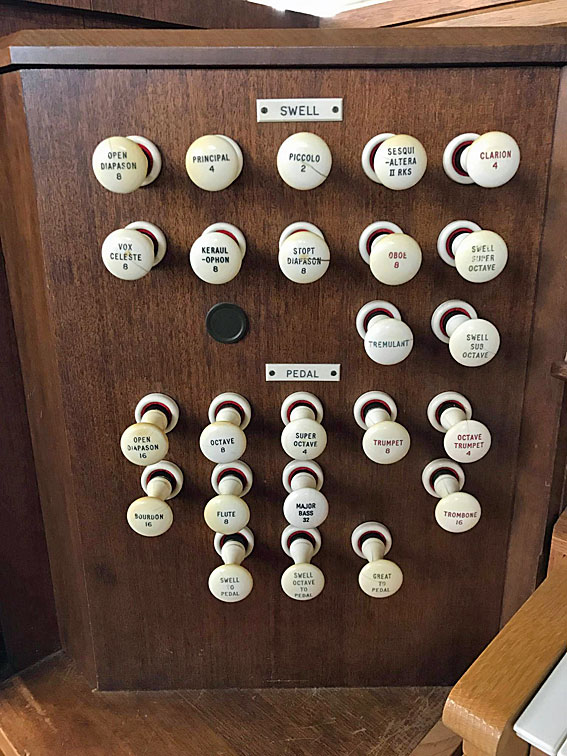 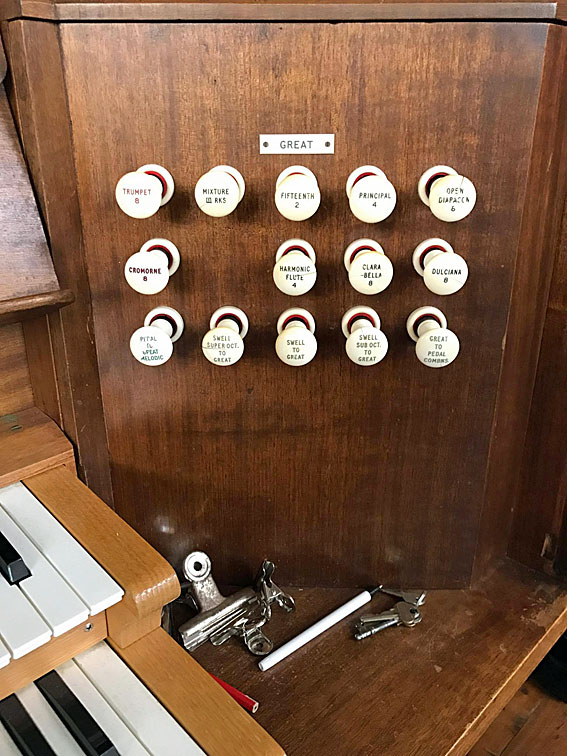 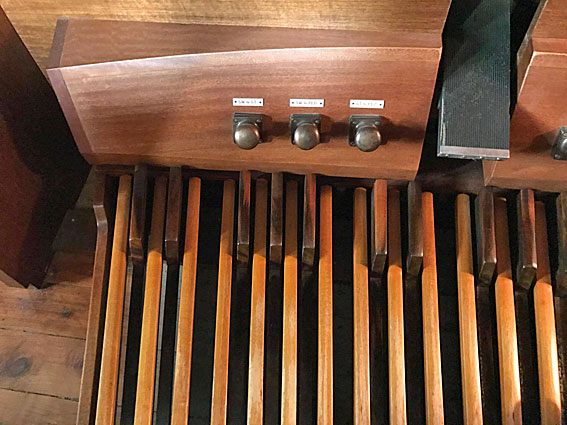 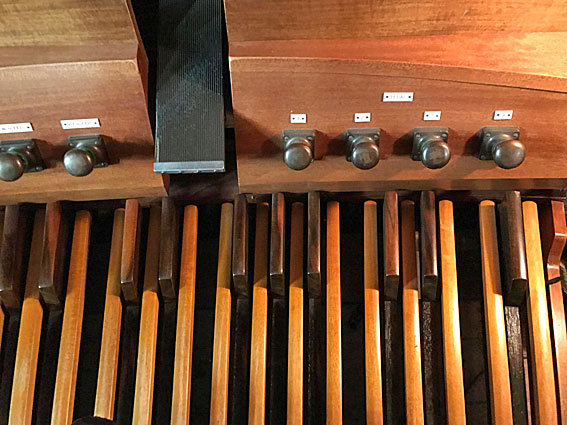 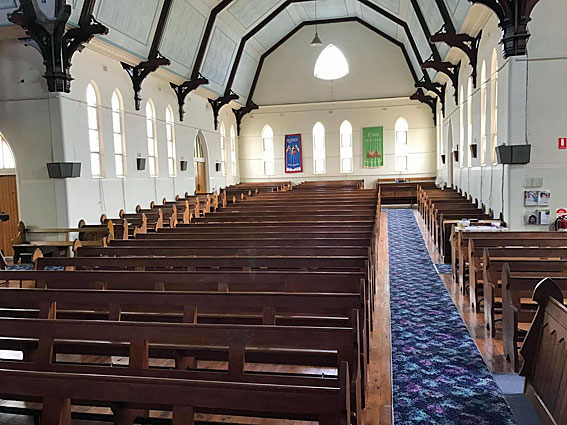 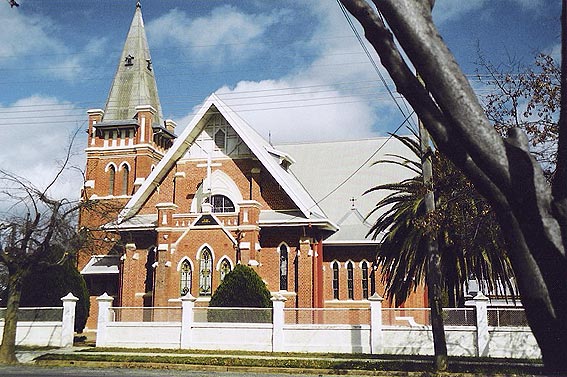 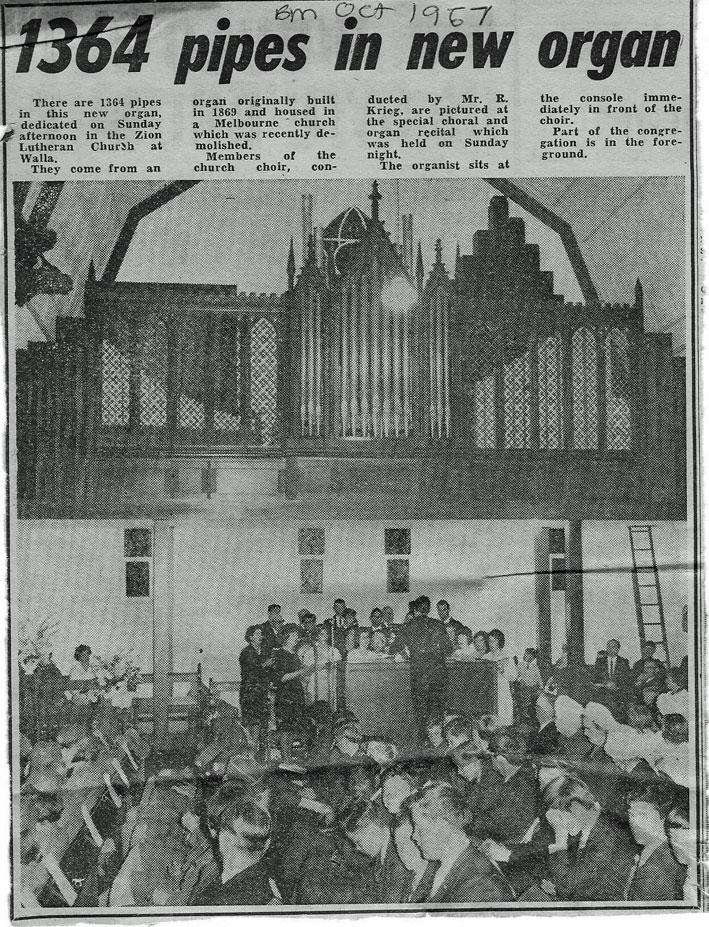