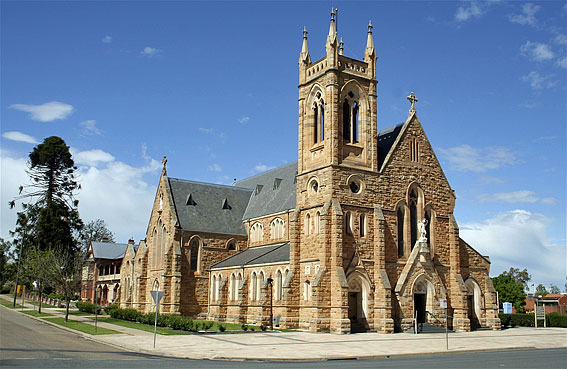 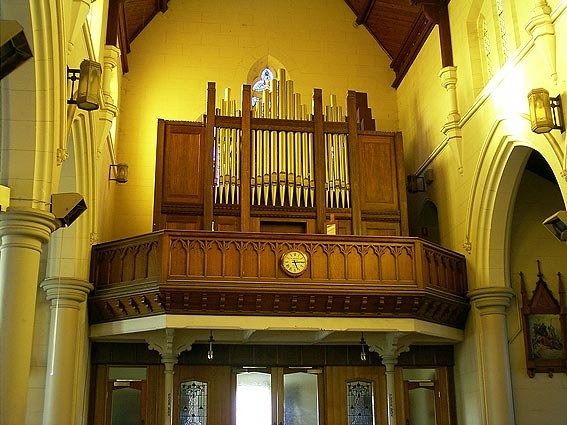 The foundation stone of the first stage of the building comprising the nave and tower base, was laid on 26 April 1885., the architects were Tappin, Gilbert & Dennehy, of Melbourne, and it was opened in 1887. The second stage followed in 1922-25, to the designs of architect W.J. Monks, at a cost of £34,894. At this time the building became a Cathedral following the establishment of the Diocese of Wagga Wagga in 1917. This is an imposing building constructed from sandstone in the Gothic style, of cruciform plan with clerestoried nave and lofty tower placed to the left of the main façade. The building includes excellent stained glass and a massive tower bell weighing 17cwt cast in the factory of Byrnes, of Dublin. The marble high altar was brought from Carrara, Italy and has subsequently been removed.

George Fincham built a two-manual organ of 10 speaking stops for St Michael's Church in 1887. This was removed in 1892 and installed in the Chapel of St Peter at the Church of England Grammar School, South Yarra, Melbourne. It is now at St Bartholomew's Anglican Church, Burnley, Victoria, where it survives in a substantially intact state and was restored in 2002 by Australian Pipe Organs Pty Ltd.

The present organ, installed on the rear gallery in 1999 by Laurie Pipe Organs, was built by Samuel Lewis, an employee of George Fincham, who was his first apprentice as far back as 1864 and his first foreman, it is thought for the Dorcas Street Presbyterian Church in South Melbourne; it originally had two manuals and 17 speaking stops. It was installed at the Presbyterian Church, Denbigh Road, Armadale, in 1911 and in 1939 the mechanical action was converted to tubular-pneumatic by C.W. Andrewartha, who supplied a detached console. The casework with its carved transom rails, may also date from this time. The instrument was rebuilt in 1975 by Laurie Pipe Organs who converted the manual actions back to mechanical, electrified the pedal and stop actions, provided a new attached drawstop console, and supplied new Mixtures to the Great and Swell, a Trumpet 8ft, and the pedal upperwork. 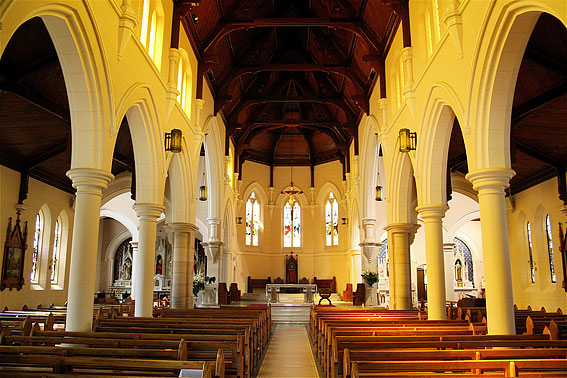 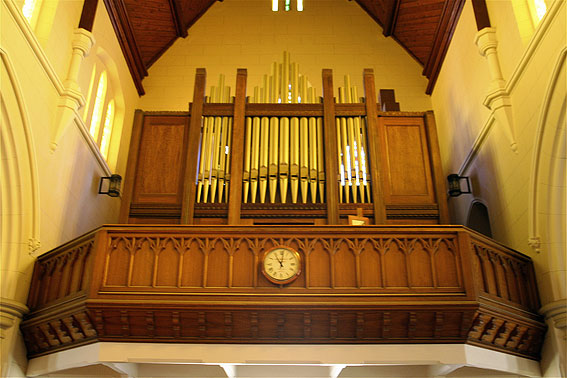 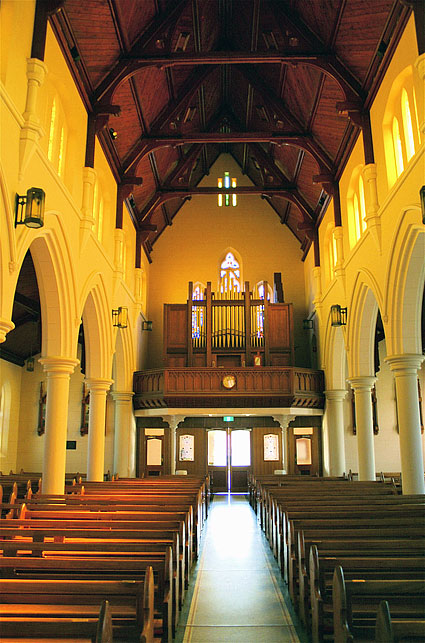 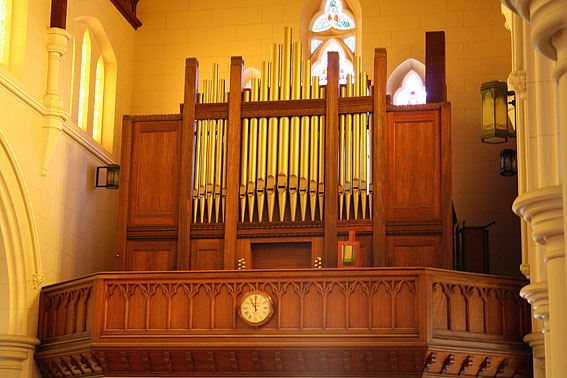 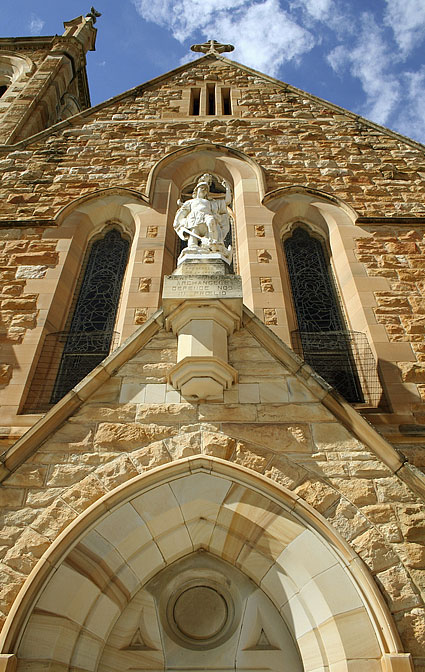 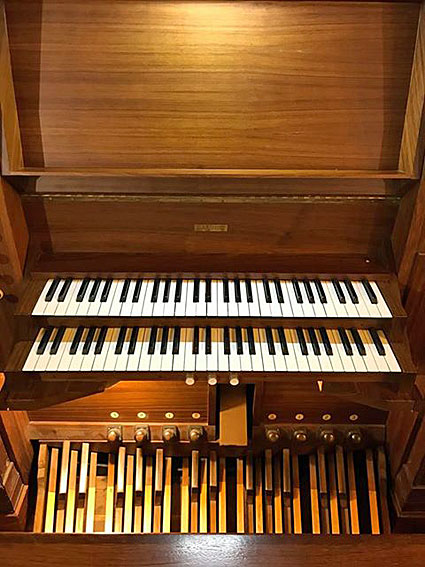 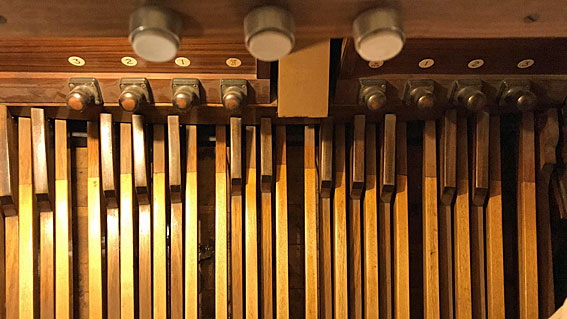 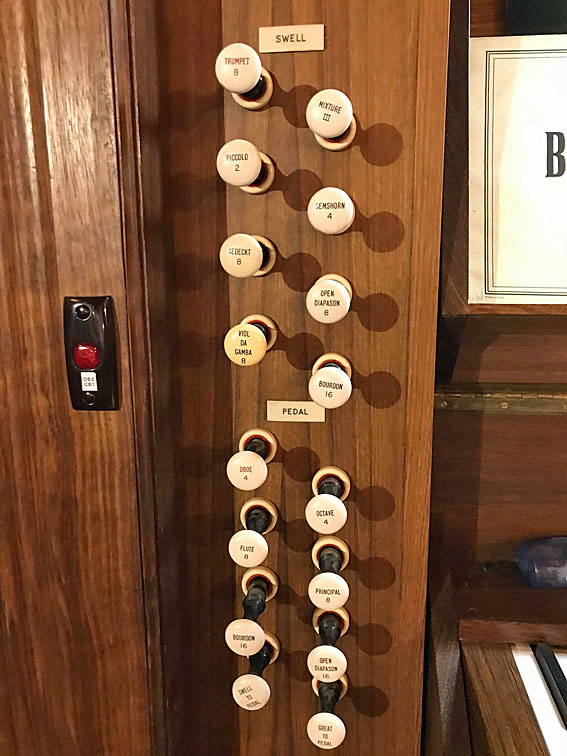 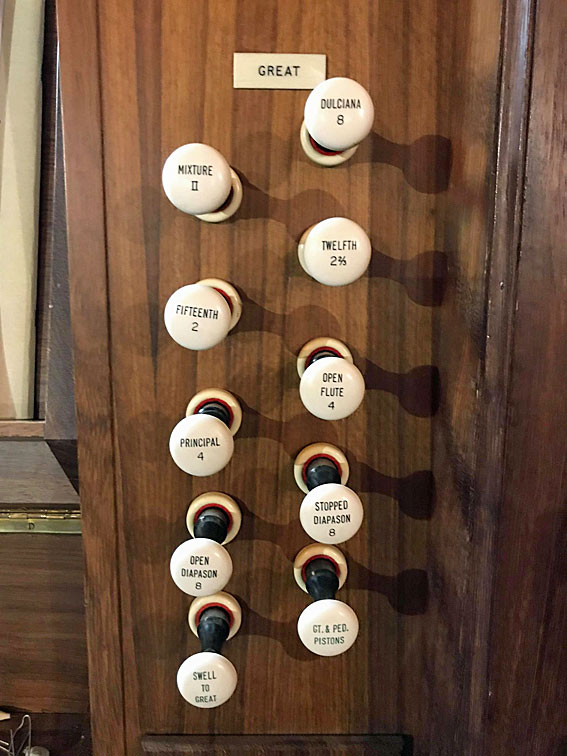