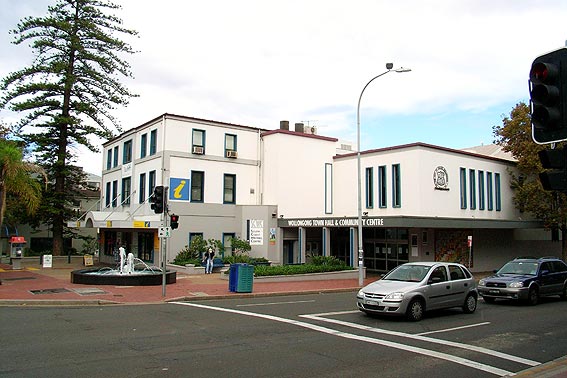 Notes on this organ were prepared by Kelvin Hastie.


The Wollongong Town Hall has been closed to the public awaiting future redevelopment plans. It is to be hoped that the organ will remain in any future concert hall which may be part of the redevelopment (information supplied to OMSS members during April 2007 organ ramble).

The Town Hall was reopened in 2008 with the organ being played in the reopening concert on June 29 by Robert Ampt and Lorraine Jones.

From 1988 OHTA Conference handbook (including line drawing above):


This modern building houses an important instrument from the early years of the Australian Orgelbewegung. Built by Ronald Sharp in 1968, it stands alongside the organs of Knox Grammar School at Wahroonga and King's School in Parramatta as representing the turning point in Australian organbuilding. These instruments inspired many others and established a high standard of modern organbuilding.

The early work of Ronald Sharp is unique in many respects and most worthy of preservation by future generations. Sharp's unorthodox approach to tonal design is very much in evidence at Wollongong although this instrument is probably more conventional than much of his other early work.

It is a great success in musical terms and at a time with Continental and North American builders were producing organs often of an excessively shrill tone colour, Sharp was able to impart a singing and refined tone to his instruments. 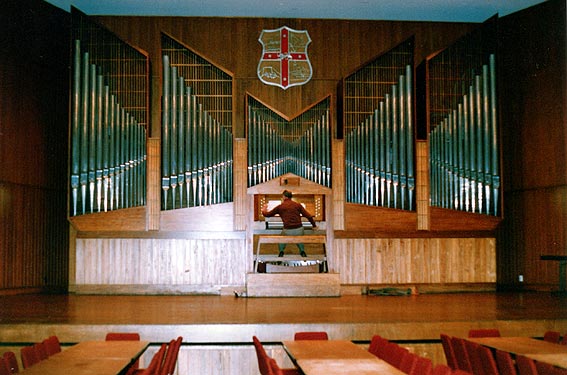 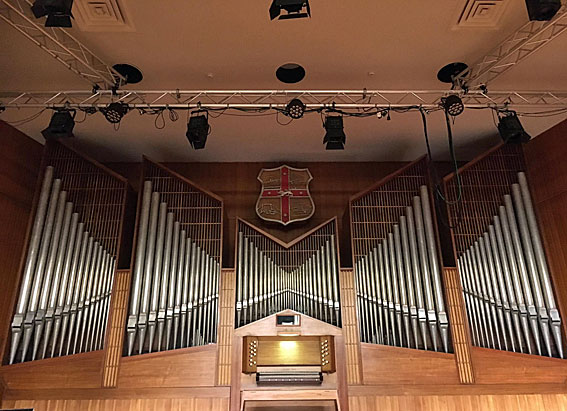 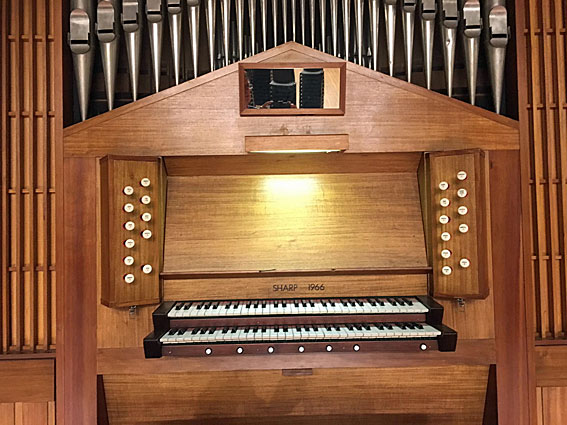 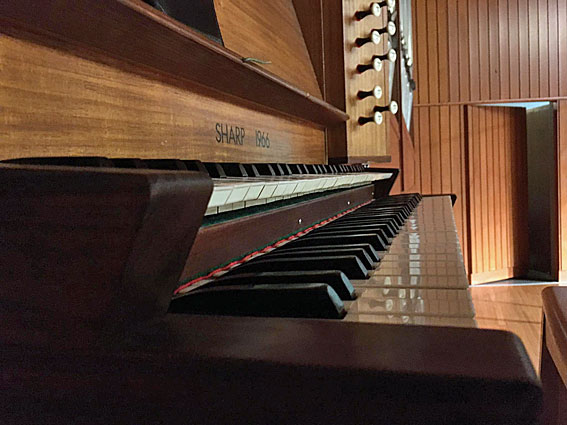 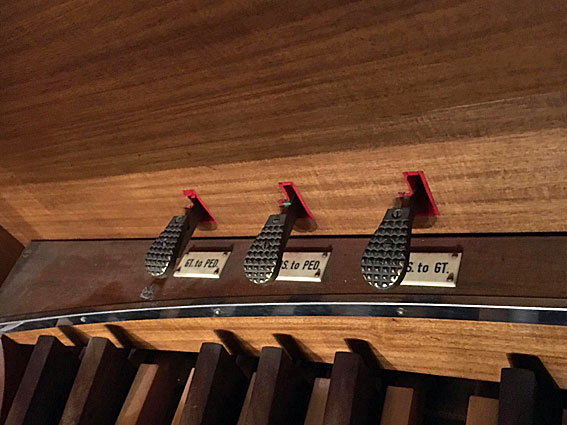 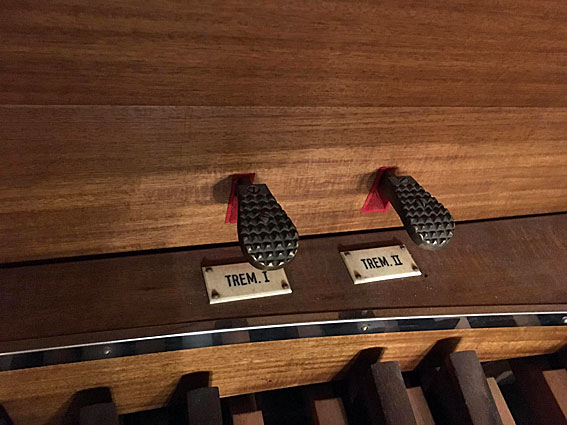 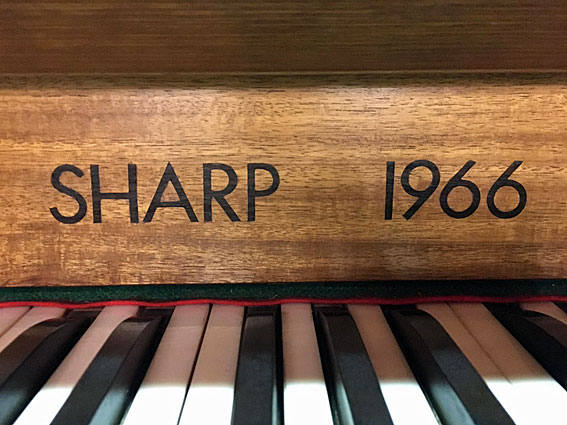 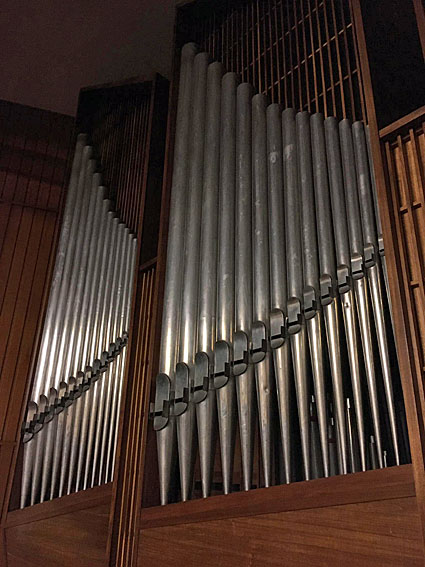 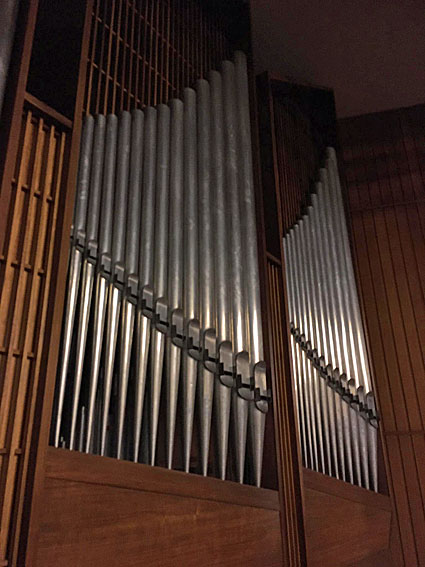 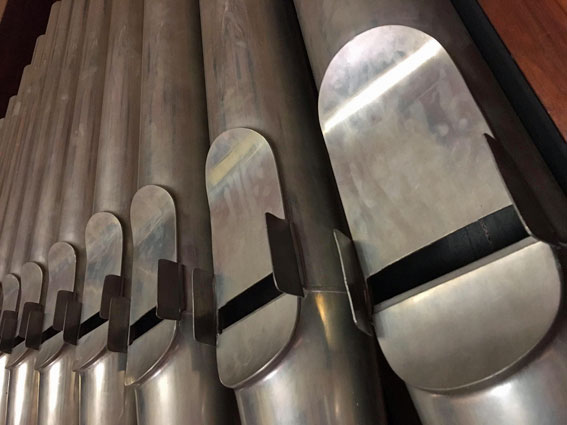 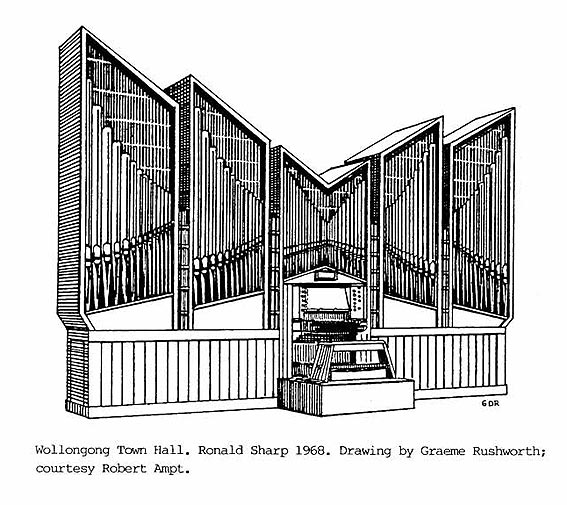