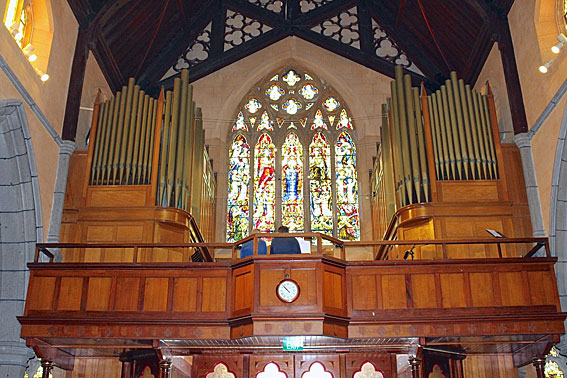 This impressive bluestone building was begun in 1857-1863 to the design of the English architect Charles Hansom and completed in 1870.[l] Consisting of an aisled nave with clerestory, large transepts, spacious chancel and flanking side chapels, the building is distinctive for its Puginesque idiom, this being particularly evident in the proportions, mouldings, elaborate window tracery boarded chancel roof and vaulted south chapel. The cathedral includes a wealth of fittings, including masonry altars and outstanding stained glass by Clayton & Bell, of London, Hardman, of Birmingham, and Mayer, of Munich. 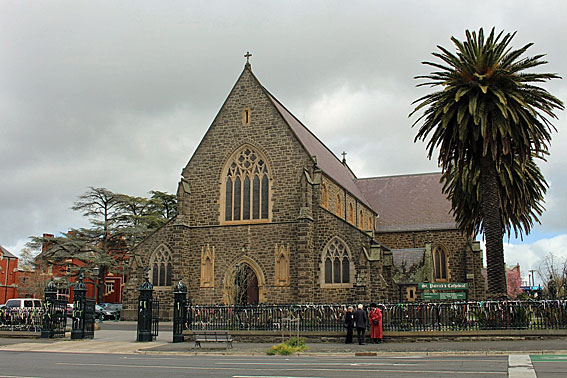 The first organ, built by Gray & Davison, of London, and divided on either side of the rear gallery, was opened in March 1867. This impressive instrument had two manuals, 25 speaking stops and a very complete tonal scheme. It was sold to St James' Church, Dandenong in 1931.[2] The present organ was built in 1930 by George Fincharn & Sons and is the most substantial example of the firm's interwar work to remain intact.The instrument has been progressively restored by Goldfields Pipe Organs and is now in excellent mechanical order. 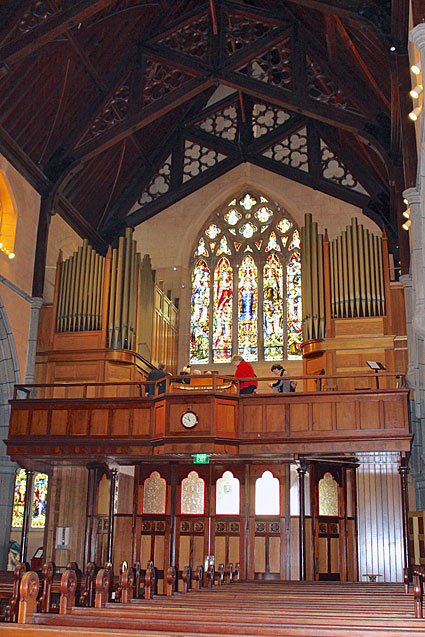 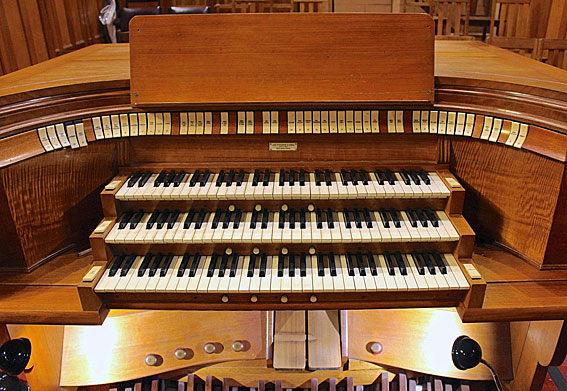 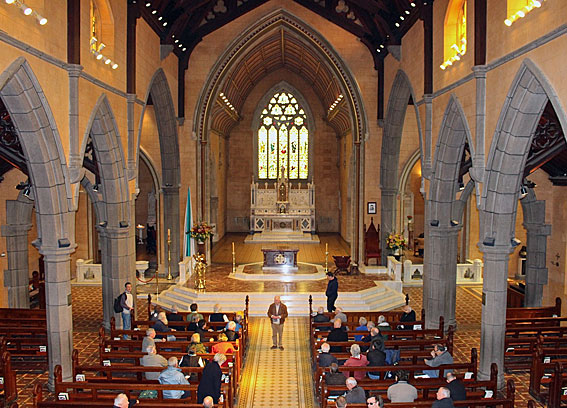 All photographs above: Trevor Bunning (October 2017)