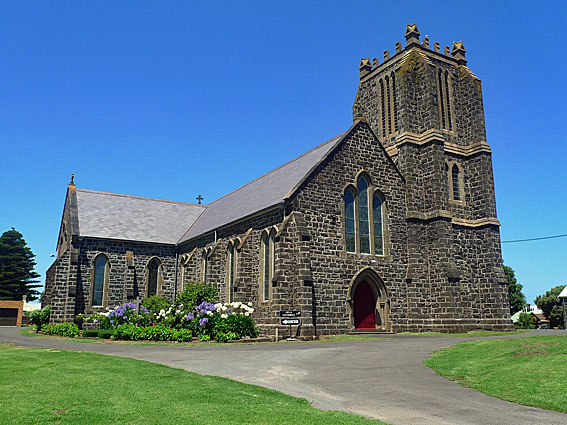 This imposing cruciform church in bluestone was designed by Nathaniel Billing, a former pupil of Gilbert Scott, and built in 1854-1856, and the first in Victoria with a full chancel. It incorporates a wealth of stone carving by Walter McGill, including the external faces employed as label stops, the corbels of the chancel arch and the font.[1] The tower of 1957 is not in accord with Billing's original design. 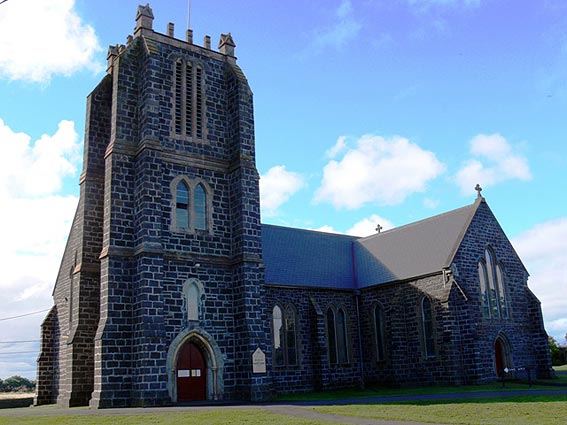 The organ was built by Frederick Taylor, of Hawthorn, at a cost of £340, and was opened in September 1909.[2) The instrument remains largely unaltered and was renovated in 1986 by Leighton Turner. 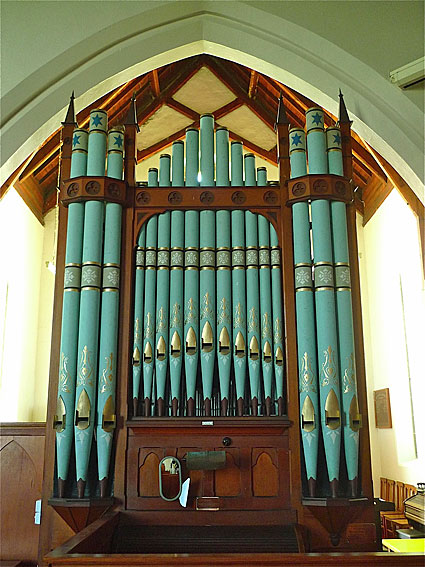 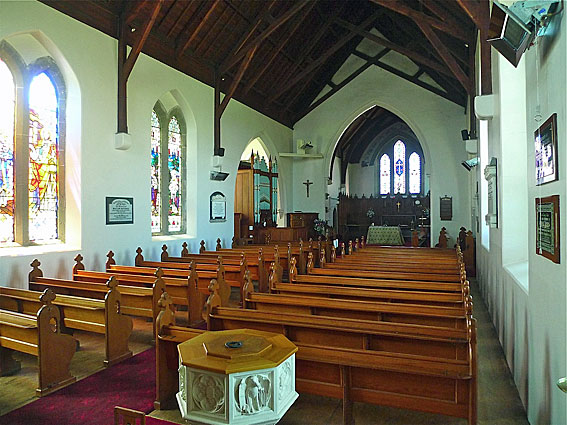 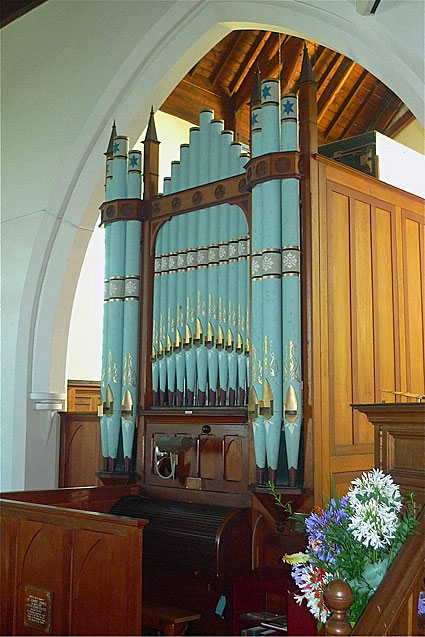 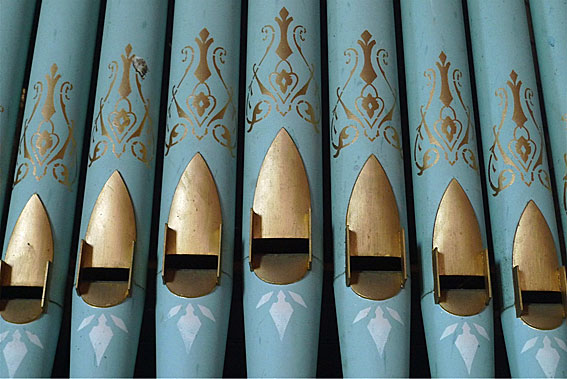 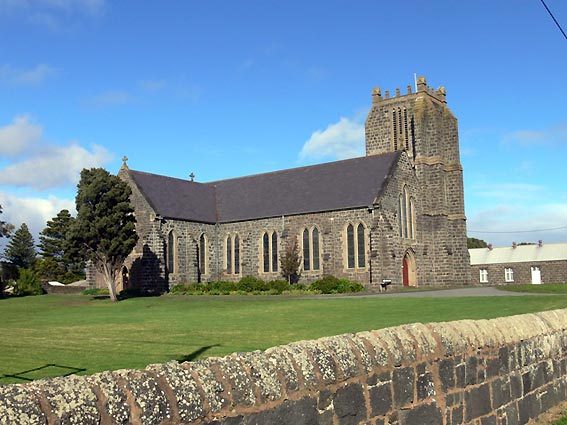