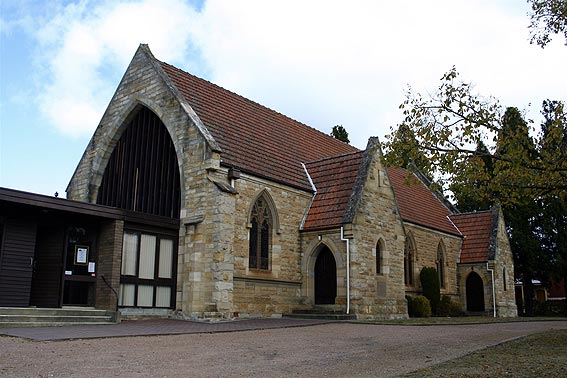 At Mittagong, St Stephen's Anglican Church is a large stone building in the decorated Gothic style with some fine window tracery. It has an old organ of German origin; the builder is unkown - possibly it is a Walcker [further research suggests it was built in 1861 by E.F. Walcker & Cie., Ludwigsburg for the 'Evangelische Kirche', Sydney, i.e. German Lutheran Church, Goulburn Street, Sydney.] This firm exported a number of organs to New South Wales in the latter half of the 1800s. The casework, painted olive-green, is a bizarre fantasy in Gothic style and has to be seen to be believed! Previous resting places of this much travelled instrument include St Mary's, Singleton (1868), St Paul's, Stockton and St Peter's, Hamilton (1890), all in the Hunter Valley. It was restored and installed about 1971 by Alan Mildenhall of Campbelltown, Arthur Jones being responsible for the tonal regulation and conversion of a unison register to 2ft.

Since this report, further work has been done by an unknown builder and the organ has been enlarged to two manuals. 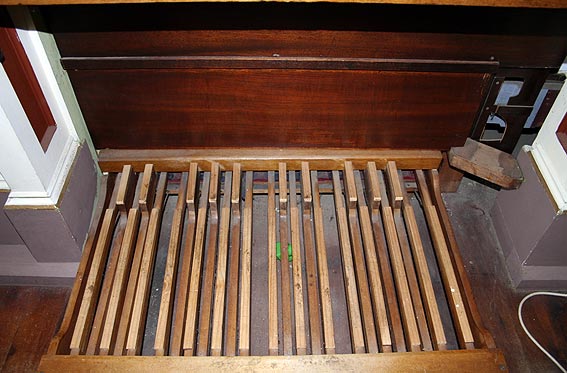