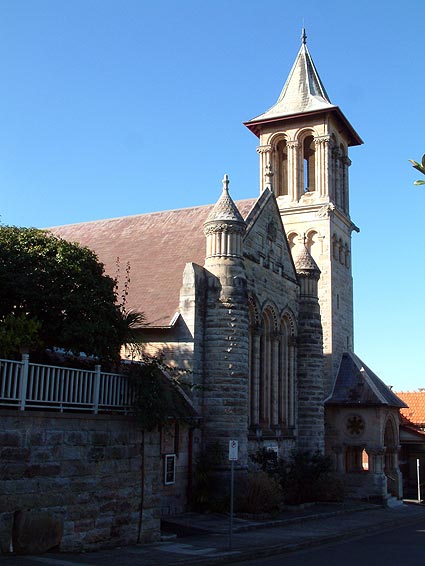 From an article by Audrey Cummins in The Sydney Organ Journal Vol. 29 No. 3 Winter 1998

The first informal services were held in October, 1884, which marked the beginning of the Presbyterian Church in Manly as a preaching station. In 1886 this was raised to the status of a sanctioned Charge. By the end of 1885 plans and specifications for the current church prepared by John Sulman, F.R.I.B.A. (later, Sir John) had been completed and tenders called, nine being received. Designed in the Romanesque style, the church is considered to be one of the best examples of this style in Australia. The foundation stone was laid in 1889.

From its inception the church has shown a particular interest in its music. As early as 1888 a concert was arranged for an organ fund, the substantial amount (at that time) of £30 ($60) being raised. Later a gift of £400 was donated to the fund. In 1889 a letter to Hill & Sons, London, requested specifications for organs costing from £300 to £600 - "something good"!

The quote for £665 was accepted and in May 1892 seven cases duly arrived in Sydney, measuring "25 tons of 40 ft in all". The organ originally possessed 18 stops, distributed over three manuals and pedal with five couplers.

A scheme of reconstruction by C.W. Leggo was begun in 1924, and completed in 1930, which greatly increased the size of what was a moderately-sized organ. This was a worthy instument for the talents of Miss Alice Bryant, one of Sydney's finest organists and for over 60 years organist at St Andrew's.

As funds were not available when the church was originally constructed for its completion in accordance with the Sulman plan, in the late 1950s it was decided to demolish the "temporary" wooden rear (which housed the organ) and the building as it is today was completed in 1962. At this time the organ was again rebuilt, this time by J.P. Eagles as a 12 rank extension organ, using some of the Hill pipe-work. 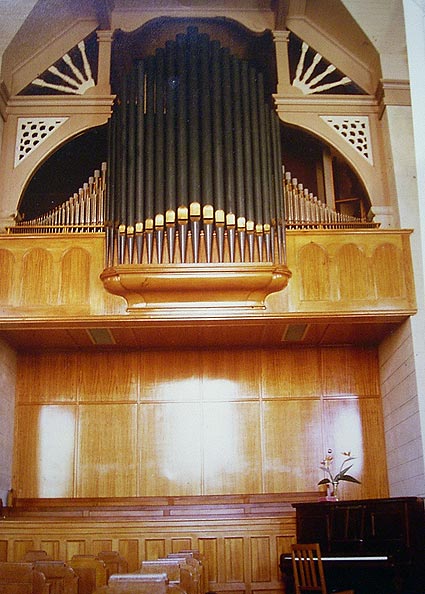 As the organ again needed attention after some years, it was decided to replace it with the Conacher organ which had been purchased by the Sydney firm of Pitchford & Garside when St Nicholas' Congregational Church, Ipswich became redundant. After being stored in the church hall for 12 months, it was completely restored by Pitchford & Garside with minor alterations. It was dedicated to St Andrew's on 26 June, 1977.

The instrument is housed in an attractive omamental carved pine wood case height 22' 6" depth 9' 3" (including pedal board) width 15'. The hand pumping apparatus was removed prior to shipment to Australia. Minor alterations in 1977 include an additional 24 pipes to allow an extension to the pedals - 8' and 4' flutes - and the tubular pneumatic action of the pedals rebuilt to electro pneumatic. Also some new pipes for the Great Stopped Diapason 8' were provided. Otherwise the original mechanical action has been retained. The "hitch down" Swell pedal was converted to a cental balanced pedal. The pipes were resprayed gold and the wood work re-stained. After installation of the organ in St Andrew's we were pleased to receive a letter from the U.K. which says in part:

"I was interested to learn of the recent installation of the old St Nicholas' Congregational Church Ipswich organ in your church at Manly, NSW. Having been christened in the church in 1922, been brought up in its Sunday School, sung bass in its choir, married in the church in 1953 and served on the Diaconate for many years until its closure I have considerable knowledge of the church including a first rate organ. My knowledge of the organ is all the greater since I am an organist and was the last organist at the church for some years up to its closure. Sincere greetings to you and your church and many happy years of service with my old friend - THE ORGAN!!''

The Ipswich Cause was established in 1793 and the building erected in 1828. The church closed September, 1968 and has since been demolished. The organ was built by a well known Huddersfield firm, Peter Conacher & Co. (the oId firm) to distinguish it from James Conacher & Sons.

The organ remains largely in original condition, although the original tubularpneumatic action to the pedal was electrified in 1977 and a balanced swell pedal installed. Changes made prior to 1977 were the removal of the hand-blowing apparatus and the supply of some new pipes for the Great Stopped Diapason 8'. The instrument represents a remarkable example of organ transfer and is a modem addition to our heritage of old organs. 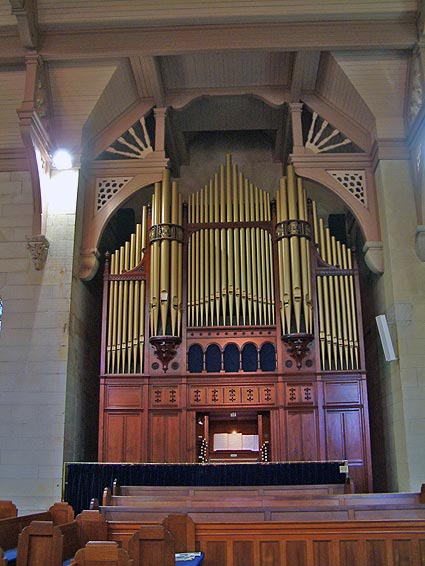 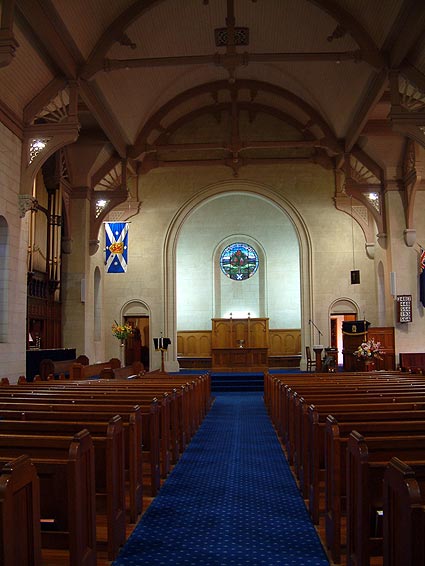 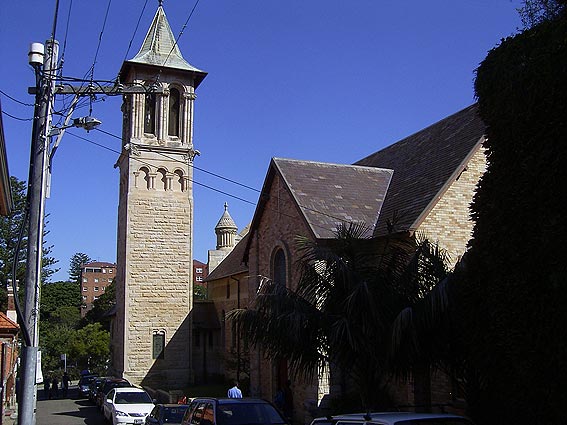