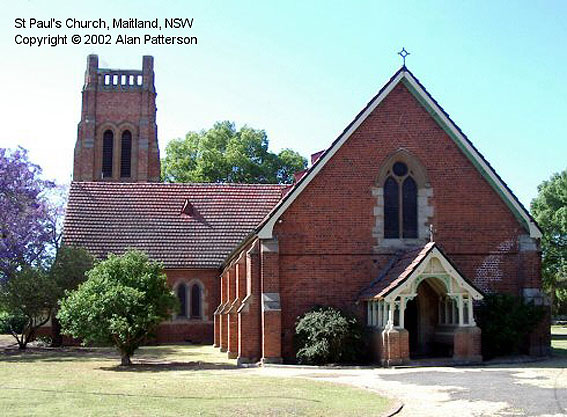 An earlier organ in this church was built by J.W. Walker, London [1], and is thought to be the instrument now in St Luke's Anglican Church, Wallsend, Newcastle. The present organ was built in 1867 by Henry Willis, London, and rebuilt in 1914 by Charles Richardson, Sydney, [2] who carried out some slight changes to the original scheme.

The organ was built by Henry Willis & Sons of London, erected by J. Broderick and opened in July 1867 as a gift from Rev. J. R. Thackeray, the Rector. In the early 1900's the console was moved to floor level but following the 1913 flood, which caused considerable damage, it was moved back to the gallery, converted to pneumatic action and slightly altered by Charles Richardson. 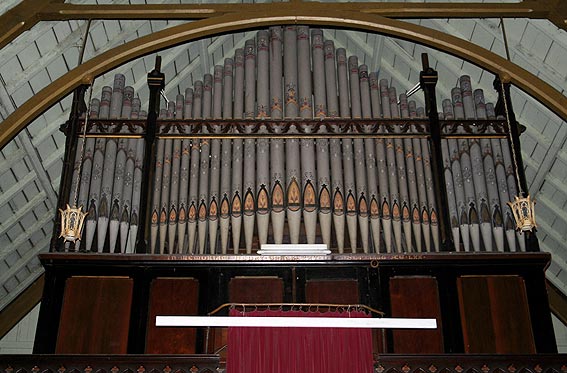 The white bar in front of the organ console marks the height of the 1955 flood!

The church also has a fine peal of six bells made by Vickers of Sheffield in 1868-69.