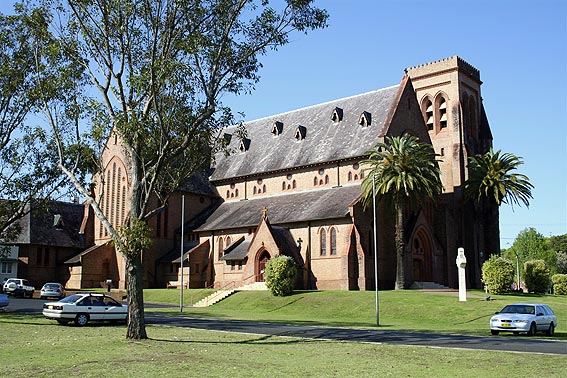 The Cathedral Church of St Carthage was designed Wardell and Denning, 1905-07. By this time Wardell had already made his name, being responsible for designing two major city cathedrals, namely St Mary's, Sydney and St Patrick's, Melbourne.

St Carthage's is a beautiful red-brick structure of large proportion designed in cruciform plan, possessing a fine tower with a peal of bells, and a gallery housing the organ in the north-eastern transept. Between 1984 and 1988 the building was restored at a cost of close to $400,000.1

The first organ to have stood in Carthage's was the 1886 organ now to be found on the western gallery of St Augustine's Catholic Church, Balmain in Sydney. Of interest, this Hill organ, originally built for the hall of the Young Men's Christian Association, Sydney, was installed in St Carthage's in mid-1907 and remained there until 1912.2

The present organ, with its splendid twin cases and located in the transept gallery, was built in 1912 by J.E. Dodd of Adelaide. It was opened and blessed on Sunday 23 June 1912. Recitals were given by Ernest Truman, the Sydney City Organist, on the Monday and Wednesday following.3

Josiah Eustace Dodd (1856-1952) had been apprenticed to George Fincham in Melbourne at the age of thirteen. When Fincham established a branch in Adelaide in 1881, Dodd became co-manager before taking over full control in 1888. He bought out Fincham and established his own business in Adelaide in 1894. Dodd made his own wooden pipes, but imported his metal pipes from two firms: Alfred Palmer & Sons, London, and C.C. Michell of Wakefield. His contribution to the art of organbuilding was a conception of the romantic-symphonic organ.4 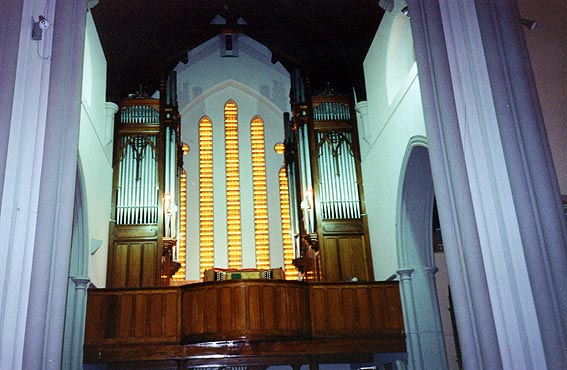 In 1963-64 H.W. Jarrott of Brisbane electrified the Great and Choir divisions and part of the Pedal. At the same time, he made modifications to the console, removing the original stop knobs and replacing them with stop tabs. It was intended that the project might be completed over the coming years, but funding constraints prevented this.5

The organ's original specification was:6 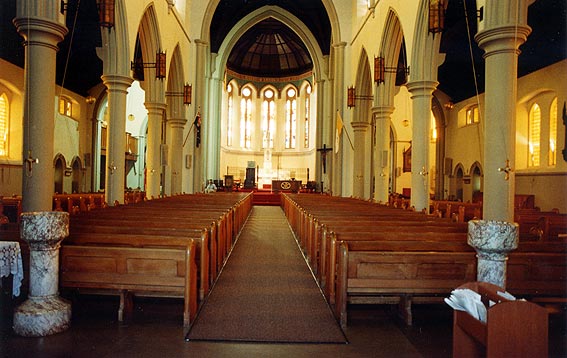 With the restoration of the cathedral in the 1980s, a contract to rebuild the organ was signed with Brown and Arkley of Sydney in September 1986. The work was completed in February 1988 and the organ was dedicated on 4 March.7 It was decided to leave the Great, Swell and Pedal divisions essentially intact, while making controversial changes to the Choir.8 The work included the provision of a new draw-stop console, the removal of several original ranks from the Choir division, and the addition of some ranks with extensions.

The present 1988 specification of the rebuilt organ is:9 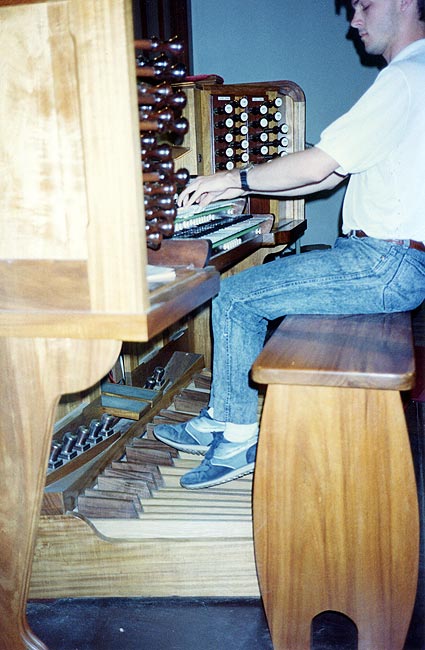