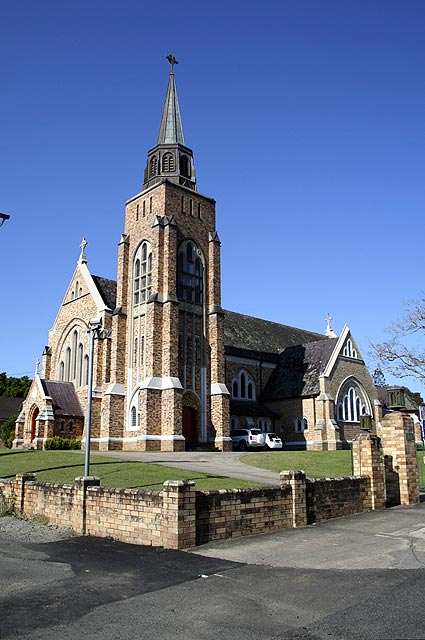 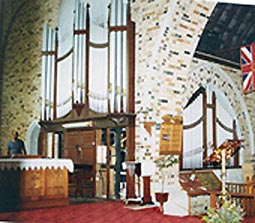 Mr Henry Woodham, representative of The British Pianoforte Depot Ltd, plus one assistant, was responsible for erecting the two manual and pedal organ in this church in 1914. The instrument, located in a chamber on the south side of the chancel, features a secondary case in the adjacent transept. The organ had been designed and built W Ernst Ladegast in Sydney. The metal pipework was supplied by Alfred Palmer and Sons in London and the action components by Laukhuff. Parish records reveal the cost to have been £888.19.-, a sum that represented two years' stipend for the rector of the time. The opening recital was given by the organist of Christ Church Cathedral Newcastle, Mr Thomas H. Massey on 13 July of that year. Mr Woodham maintained this instrument of 15 stops from the day of its installation until the 1950s.

Following the retirement of Mr Rodham, the firm of H.W Jarrott took over the responsibility of the organ maintenance. In 1957, the organ was overhauled with the addition of a Pedal Bass Flute 8' by extension. Further tonal modifications were brought about in the 1960s by Mr Grant Virtue who replaced some existing ranks with upper work.

By the l980s it became apparent that a major overhaul would be required. At one stage the organ's replacement by an electronic substitute was even contemplated. However, this drastic measure never eventuated. In November 1992 the Parish Council authorised a committee to investigate the restoration of the organ. By good fortune a grant of $25,000 was received from the Heritage Council of NSW and the restoration contract was awarded in 1994 to WJ. Simon Pierce of Brisbane with Kelvin Hastie as consultant. T'he restoration was staged over two years during which the work schedule enabled various sections of the organ to remain playable during the period of the project. Some of the stops removed in the 1960s were replaced by Forster & Andrews pipework from the oId organ of the Great Hall of Sydney University which had been kept in storage at Christ Church Anglican Cathedral, Grafton. The present specification is:[1]

3 pistons each to Great and Swell 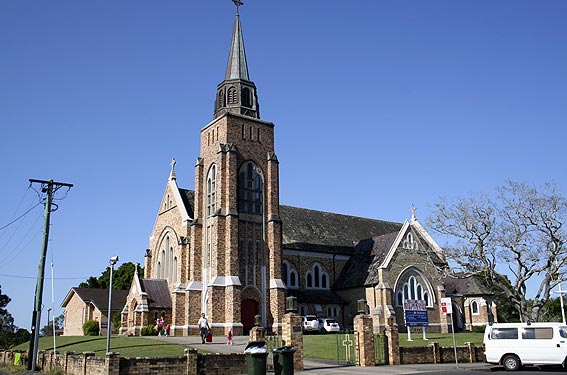