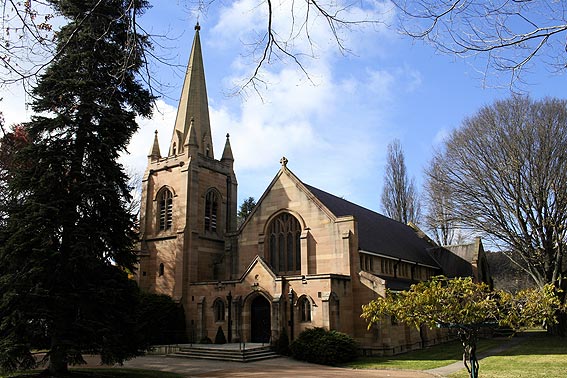 Charles Henry Hoskins (1851-1926) was the first man to establish successfully the iron and steel industry in Australia. From small beginnings this industry grew to be one of the largest manufacturing operations in the country, creating great wealth for the Hoskins family. 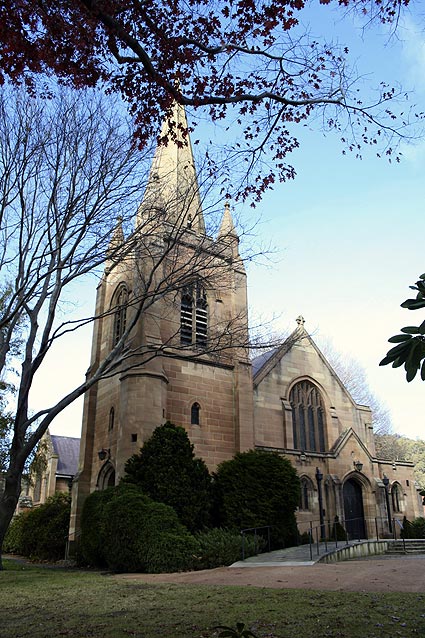 The Hoskins Memorial Presbyterian Church was originally intended to be a memorial to the eldest son of Charles Hoskins, who was killed in an accident in 1916. The present magnificent building, designed by John Barr in a neo-gothic perpendicular style, 99' x 45' in floor dimension, 39' high and incorporating a spire which rises to 98', was opened on 24 November 1928. [1] The former Presbyterian Church in Lithgow (St Mary's, Eskbank) was closed and its 1909 J.E. Dodd organ sold to the Killara Congregational Church where it was completely rebuilt by Ronald Sharp in 1961. The organ in Hoskins Church was built by W.L. Roberts of Adelaide in 1928, enlarged in 1935 by Hill, Norman & Beard (Aust) Pty Ltd., who rebuilt the organ in 1949. A further rebuild, involving the supply of a new detached stopkey console, was undertaken in 1961 by S.T Noad & Son. [2] Further work was undertaken by Ian Brown in 1972 and in 1984 Brown & Arkley completely rebuilt the organ, using slider chests to replace those of ventil design. As the Choir organ had been located in a position in the lower right-hand case where its tonal egress was restricted, this division was removed and its stops distributed to the other divisions. Subsequently, the console was reduced from three to two manuals.

It is not strictly true that in the former internal arrangement of the organ that the Choir organ had restricted tonal egress. In fact it was the Great organ hidden away.

The console has to be the best piece of furniture ever to be built in Noad's Factory. It perfectly matches the pew frontal to which it is attached with gothic tracery panels and a cap molding etc. It is simply beautiful work. 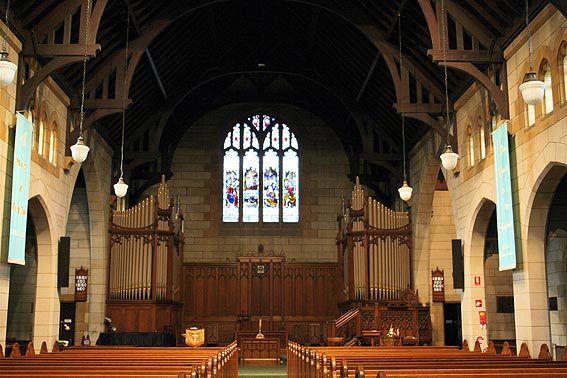 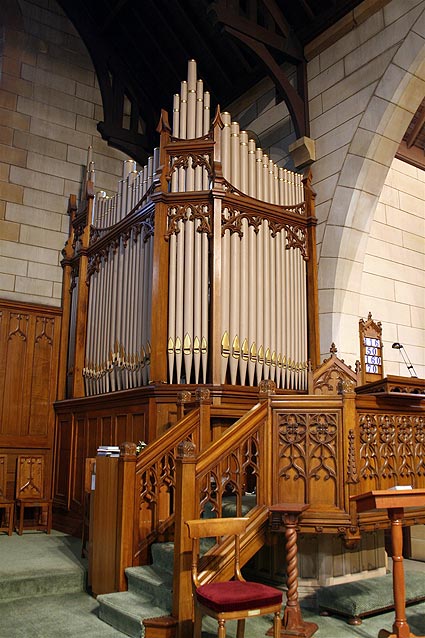 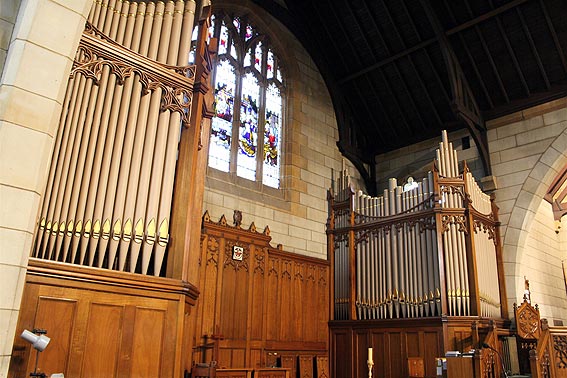 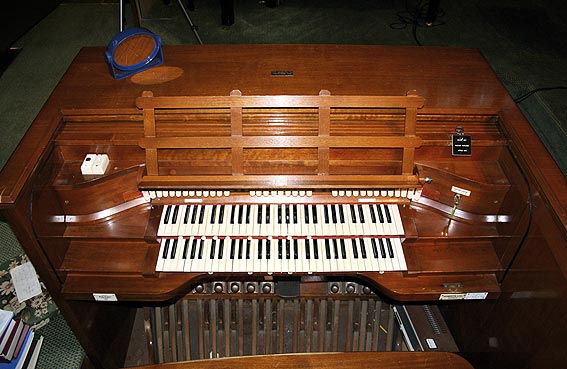 Photos supplied by Trevor Bunning May 2006 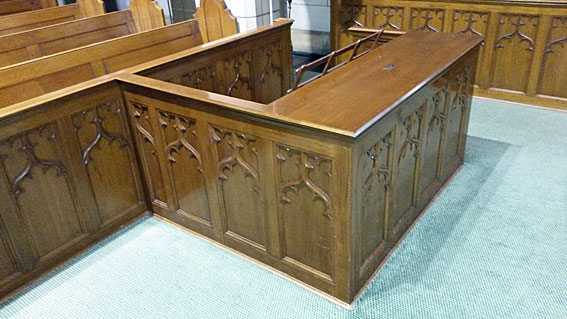 
Ian Brown writes:  This is possibly the finest piece of furniture to come out of the Noad factory. Built by a craftsman the men called 'John Henry' because they couldn't pronounce his name. They referred to him as "the Russian". I seem to remember that he was Latvian. He was a superb wood carver and I believe he made all the decorative parts of this console by hand. He also built the original console for Barker College, now replaced, and the console now at St Alban's, Lindfield.