Donated 2006 by Pro Hart from his residence art gallery. 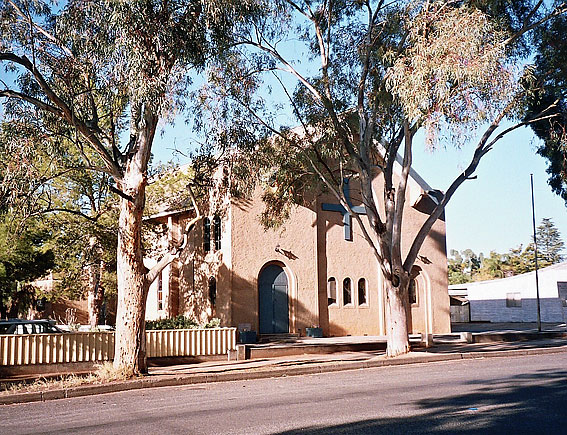 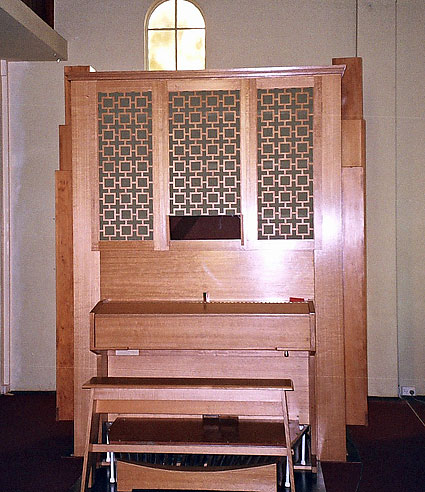 This organ was built by Davis & Laurie (job no. 244) and erected on 25th January, 1965. It was located in the art gallery in the residence of the Australian painter, Pro Hart. Shortly before his death (28th March, 2006), Pro Hart donated it to St Peter's Anglican Church. There are 288 pipes (282 within the case with 3 mounted on each end panel). It is an extension organ with two manuals and pedals. Apart from the 6 external pipes, the whole organ is enclosed.

The ranks of pipes are:

Bourdon - 6 pipes. This is an extension of the flute rank and located on the outside of the case with air supplied by two small windchests. These have electrically-operated stoppers in one corner of the pipe stopper. These are used to change the pitch of the pipe to the next semitone. eg the C pipe plays C# as well. D can play D# and so on, so that the 6 pipes provide the lowest octave, CCC to BB.


The original owner was probably located in South Australia as there was an Edwardstown address on the console key tag. Pro Hart owned the organ for many years. The church had to arrange for dismantling, removal and rebuilding. During January 2006 several people with suitable experience in organs were in Broken Hill and formed a team to move it to St Peter's. The church wardens approved the installation of the organ one Sunday and it was installed and ready to be played by the next which must be one of the fastest organ installations on record! The organ is now located next to the entrance vestibule at the Northwest corner of the church. 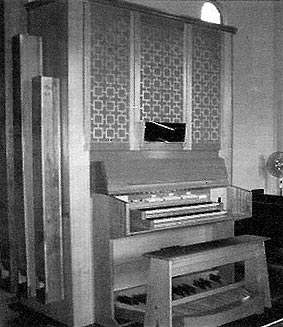 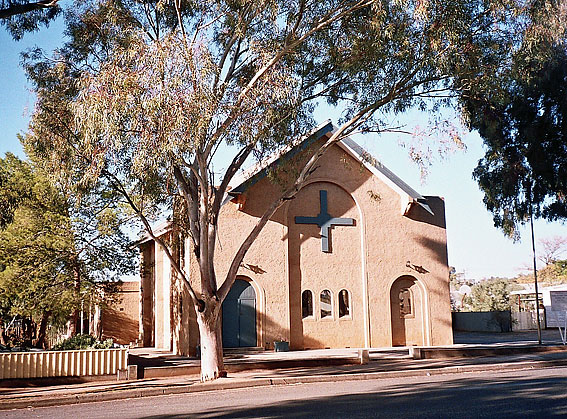 Photos: Bill Fraser (except B & W)