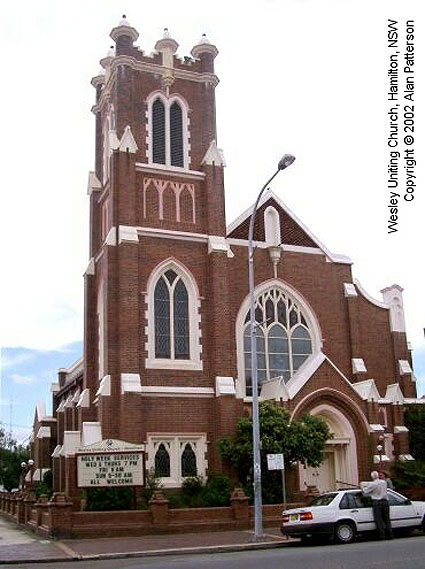 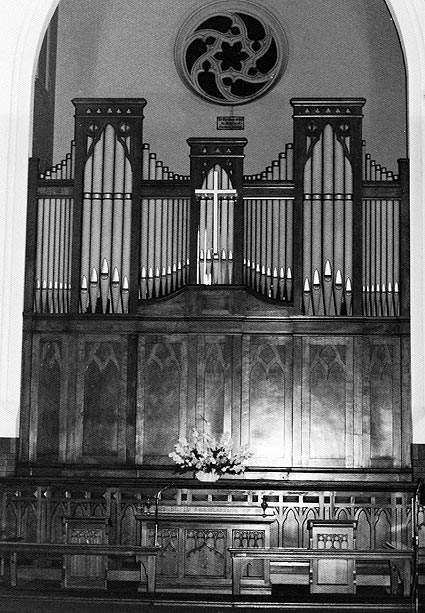 The church was built in 1928 with a new organ by W.L. Roberts of Adelaide being installed in the same year. The action was tubular-pneumatic with Roosevelt chests and a detached console. In 1974, the interior of the church was rearranged, thus necessitating the resiting of the console. At this time, the organ was rebuilt with electro-pneumatic action and enlarged by Ian D. Brown.

The console was originally placed below the central pulpit which was in front of the façade. In 1974 it was moved to the congregation's right side while the pulpit was moved to the left. At this time "canenite tiles" were added to the walls to reduce the acoustic for speech, which made the organ rather dull in tone and led to the addition of the Swell 15th and Mixture. A silent blower was also added at this time. Since then restoration work has been carried out by Ian Brown & Associates on the Horn 8' which included the addition of a missing bottom C sharp pipe.

* stops added at time of rebuild

^ according to David Cowan in Plenum Dec 2006, the Great Mixture is actually the Swell Mixture playable on the Great. 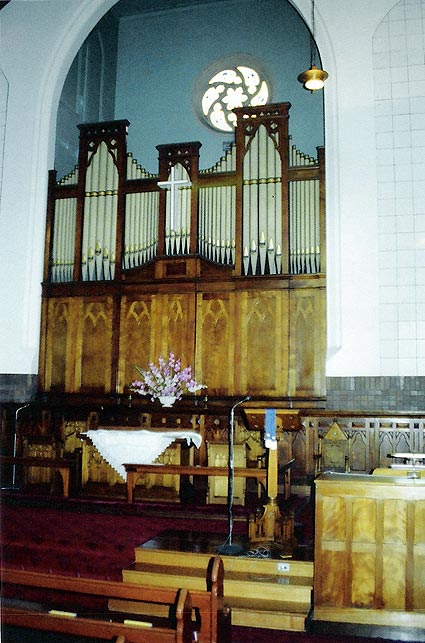 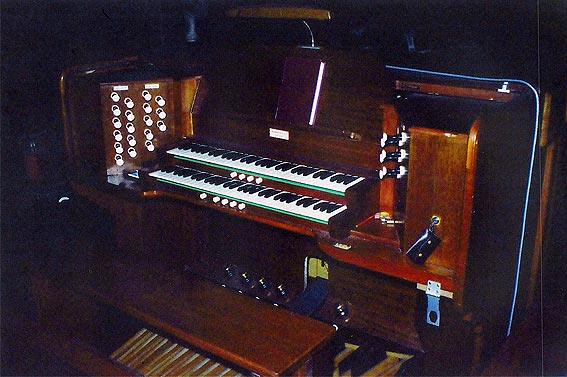