The Cathedral Church of Christ the King
Duke Street, Grafton

Norman & Beard 1903, rebuilt in 1967 by Hill, Norman & Beard
for the Auditorium of the Royal College of Organists in London
refurbished and re-erected in Grafton Cathedral in 1992 by Peter D.G. Jewkes Pty Ltd of Sydney 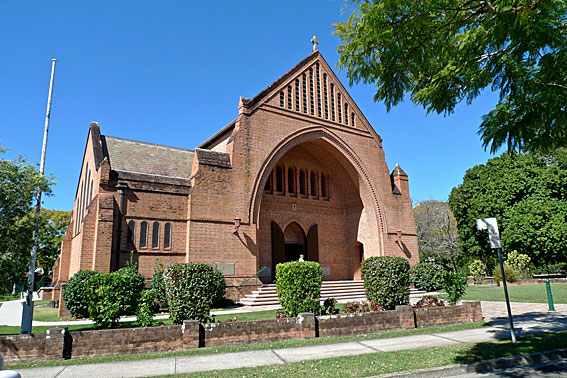 History of the Organs

The first organ was installed in Christ Church Cathedral in 1884 at a cost of 450 pounds.  It was a small instrument of 2 manuals and pedals built by George Fincham of Melbourne, a noted organ builder of the time and founder of a firm still building organs in Victoria.

Packed in five crates the organ was sent to Grafton by ship.  The installation was carried out by the organist, Mr Mitchell, and in the Cathedral archives are charmingly pedantic letters from Mr Fincham instructing him exactly how he was to accomplish this task, even down to the fine details of removing the crates from ship to Cathedral.

The organ was erected on the North side of the chancel in the third arch of the present chapel and dedicated for worship on September 2nd, 1884 by the Bishop of Grafton and Armidale, the Right Reverend James Turner.

Operated by mechanical action, the organ had 15 stops in all while provision was made for a special indicator so that the operator of the hand bellows could keep a constant supply of wind.

When the Cathedral was enlarged in 1934 the instrument was moved to the opposite side of the choir in the large arch and chamber now occupied by the clergy vestry. 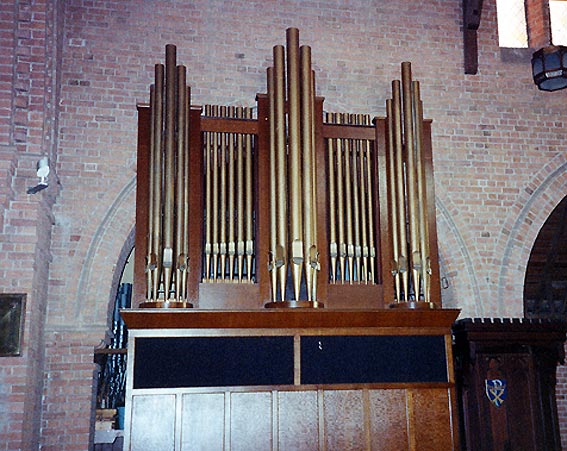 The late 1950's found the organ in very poor condition, parts even tied up with string, and clearly inadequate for the size of the completed Cathedral.  Under the guidance of Mr Ray Matchett, the Cathedral Organist, some additions and electrification of the action were carried out by Hr H J Jarrott of Brisbane and dedicated on September 3rd, 1962.

Due to lack of funds these additions fell short of Mr Matchett’s vision and the instrument was still too small for the size of the building.  As a memorial to Mr Matchett and the Diocesan Registrar, Mr Arthur Singleton, further additions were made through the efforts of the Technical College Choral Group.

A thorough assessment of the organ, as part of the 1984 Cathedral Restoration, made it clear that band-aid solutions could no longer suffice; its condition, its inadequate size and site were such that the considerable expense required to rectify these problems could not be justified.

The Restoration Committee appointed an Organ Sub-committee to examine the question of a replacement organ and its placement in the archway on the North side of the choir.  John Horbury Hunt, the Architect who designed the Cathedral, had marked this as the chamber for the organ on his original plans.

The search for a suitable instrument continued and in 1990 the Royal College of Organists accepted Grafton Cathedral’s tender for the purchase of its organ situated in the auditorium of the Exhibition Building next door to the Royal Albert Hall in London.  The instrument had become redundant as the College was relocating to new premises which already had a fine organ.

Peter Jewkes and Co., organ builders of Sydney undertook the contract to have the instrument dismantled, packed, shipped to Australia, refurbished and re-erected in the Cathedral.

The principal of the firm, Mr Peter Jewkes, was very helpful to the Committee in its search for a suitable instrument and his expertise and dedication proved invaluable.

The task of dismantling and packing was undertaken by Paul Pickerill of Birmingham.  Like its predecessor this organ also came by sea, arriving in two large steel containers in December 1990.

Built originally in 1903 by English firm, Norman and Beard, the instrument had been enlarged in 1931 and then completely rebuilt with many additions in 1967 by Hill, Norman and Beard.  It was used by the college for recitals and for the examination of candidates for College diplomas. 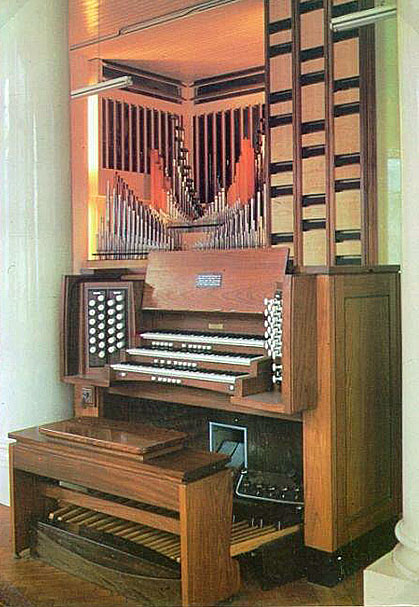 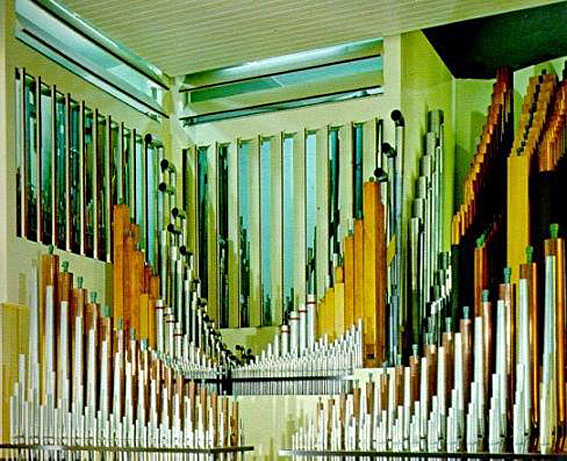 The organ in the Royal College of Organists, Kensington Gore, London


The organ has 3 manuals and pedals and 37 speaking stops with a full range of couplers allowing the divisions to be joined together for extra versatility.  A feature is that all speaking stops are individual ranks - there are no “extensions” or “borrowing”.

The whole organ is laid out in a visible arrangement.  Pipes are of “spotted” and plain metal, copper, tin and brass; the wooden pipes are high grade spruce.  The console is polished African Afrormosia.  The action is electric and electropneumatic while the controls incorporate the most modern solid state equipment.  The swell division is enclosed in a chamber with shutters which can be opened and closed allowing expressive effects.

This instrument not only fulfils its prime function of accompanying the liturgy for both Parish and Diocesan occasions but it it also excellent for accompanying choral work.  For recitals its versatility satisfies the requirements of most schools of organ literature and already it has attracted the interest of many well known and respected organists in Australia and from overseas.

Peter DG Jewkes Pty Ltd restored the soundboards and pipework, releathered the actions, rewired and solid-stated the electrics, and undertook some minor revoicing for the organ's new acoustics in 1992.

In February 2005, Peter DG Jewkes Pty Ltd added a large trumpet type solo reed stop (“Tromba Graftoniensis”) to the choir division which was donated by Dr Richard Vesey, sometime Chapter Clerk.  This addition will broaden the range of available solo stops as well as adding weight to the total ensemble.

Ian D Brown & Associates have added some electronic stops since taking over its tuning a few years ago, using Peterson components. 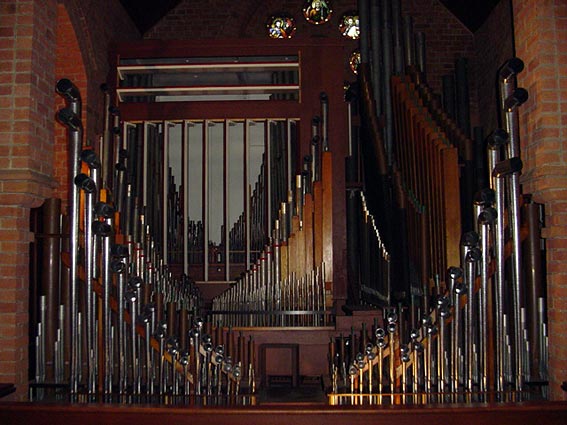 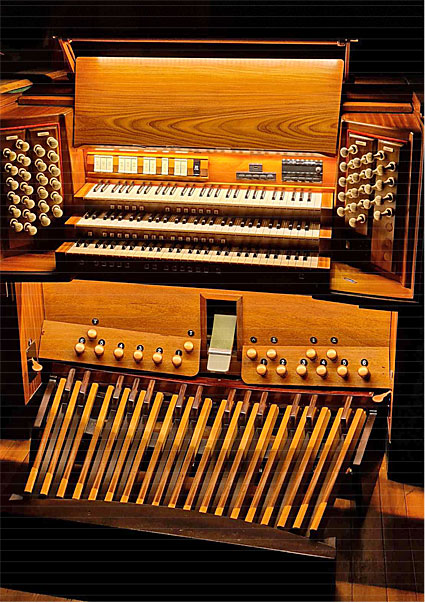 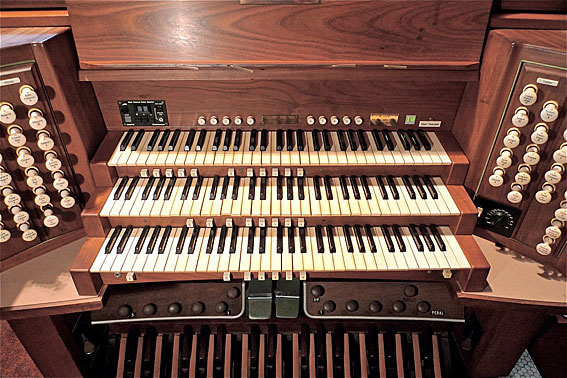 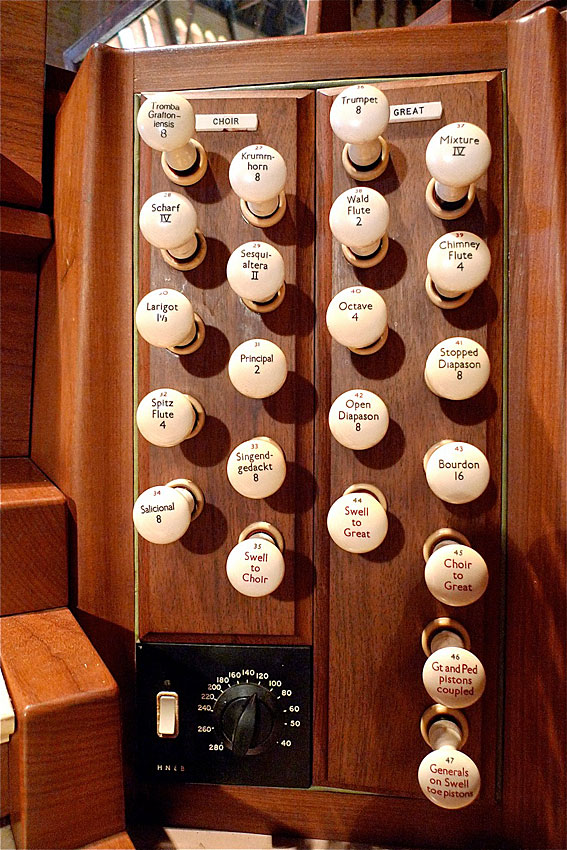 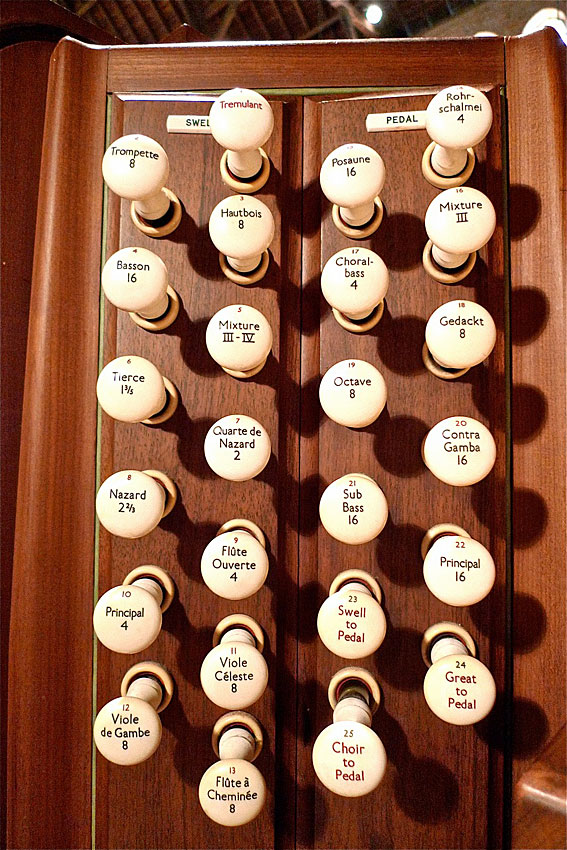 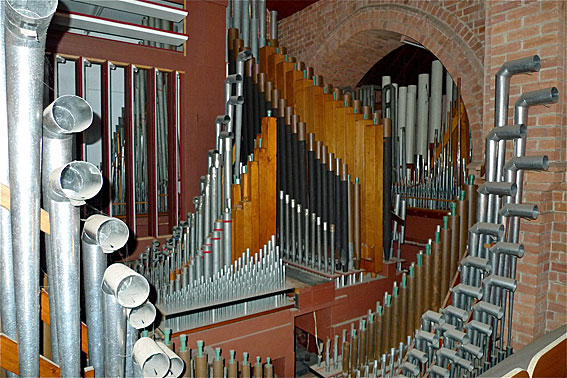 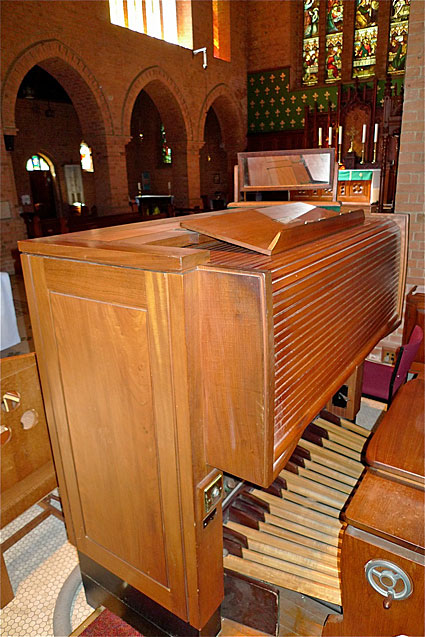 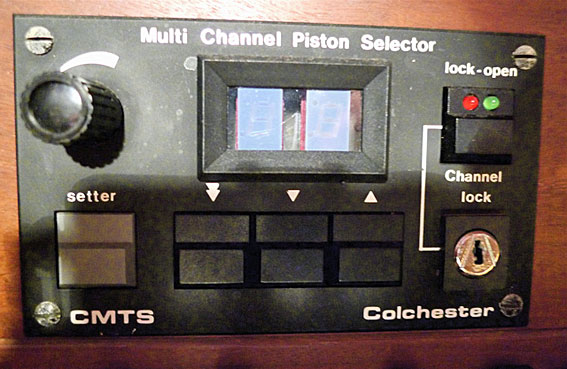 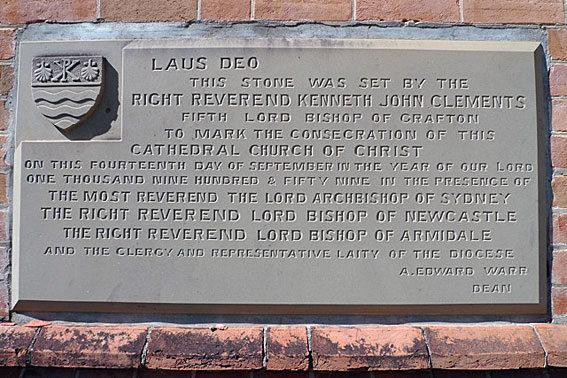 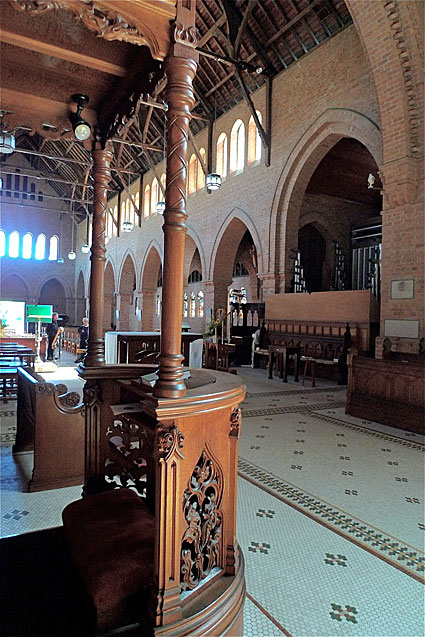 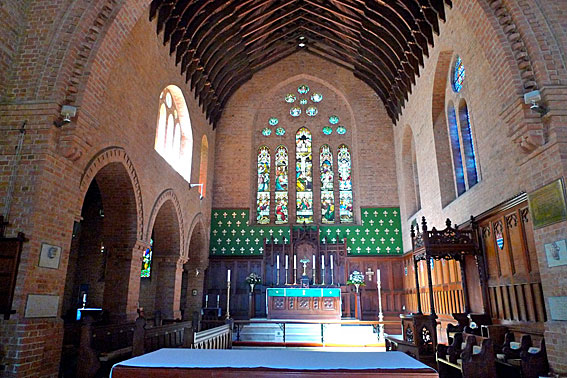 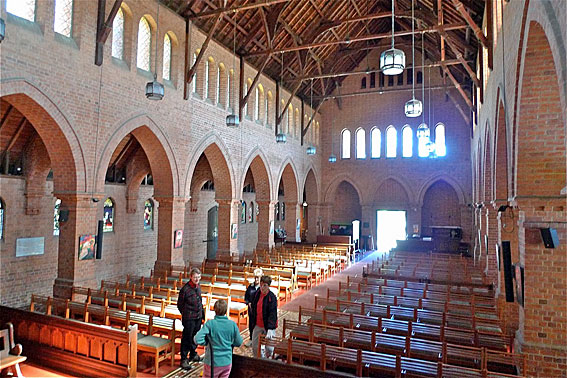 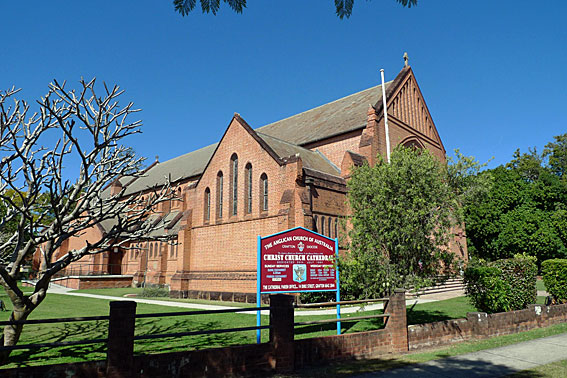 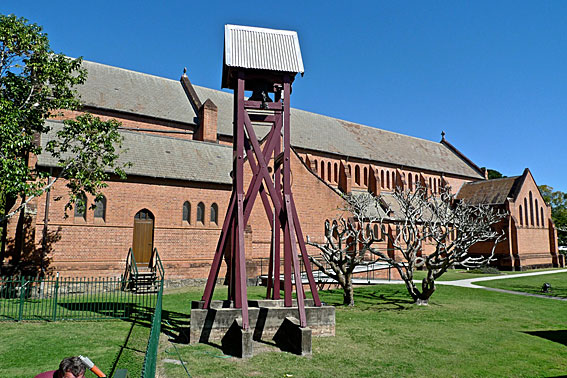 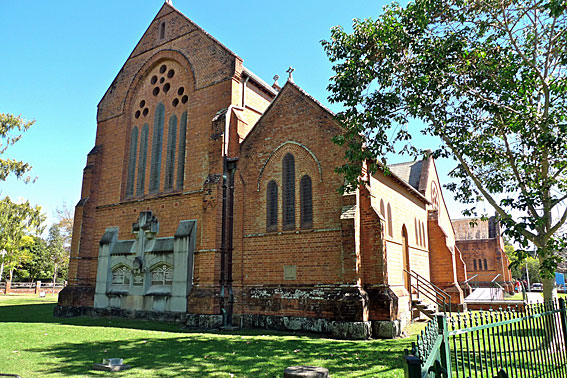 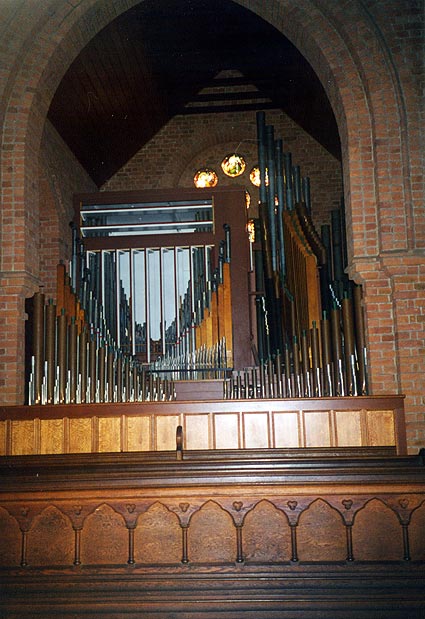 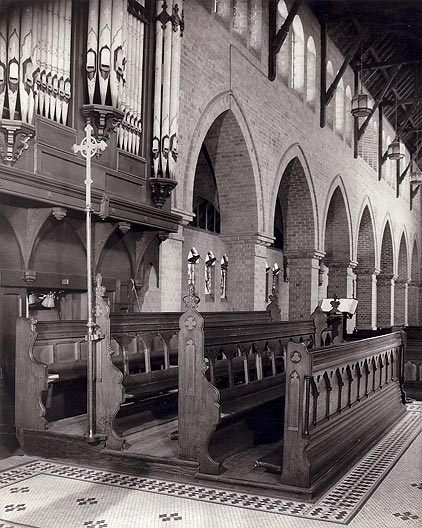 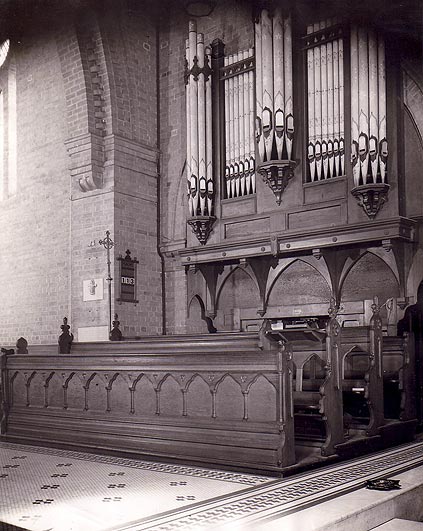 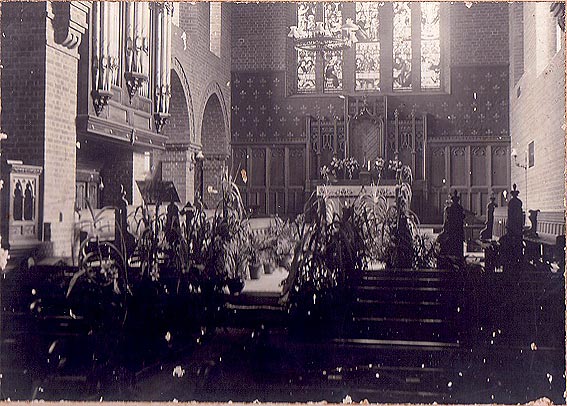 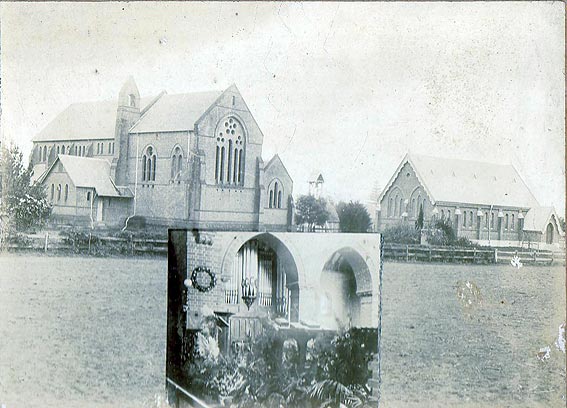