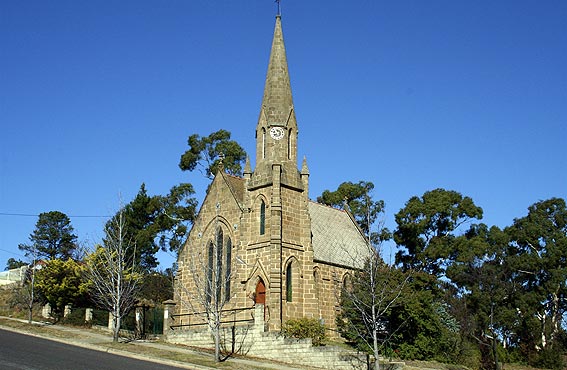 St Andrew's was opened as a Presbyterian Church on 26 March 1882 at a cost of £2,500, including bell, organ and furniture. The clock tower was the gift of a pioneer elder, Mr Jardine. [1] The building, on the side of a hill in a prominent part of the town, is a Neo-gothic sandstone structure.

The town itself came to prominence as the base for the Snowy Mountains Scheme, a massive hydro-electric and irrigation project that was commenced after World War II, designed to divert the flow of fast-flowing eastbound rivers to the west. The town is also a gateway to the Kosciusko National Park and the winter ski resorts.

The organ in the church was built in 1969 by Hill, Norman & Beard (Aust.) Pty Ltd and was the firm's order number N 770. It consists of three extended ranks, a Gemshorn, Stopped Diapason and Dulciana. 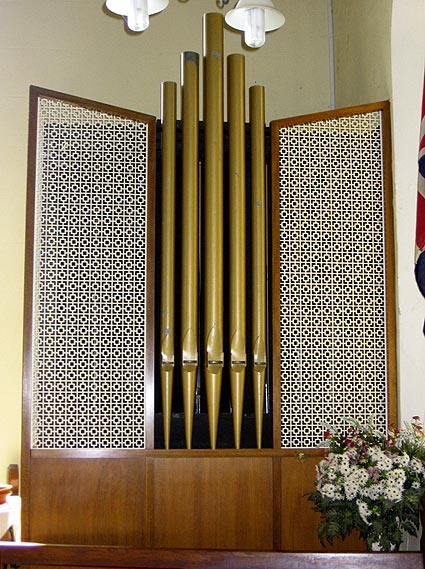 This interesting and rather clever 3 rank extension organ was built by Hill Norman & Beard in 1969, under the consultancy of John Barrett the then Organist of St Paul's, Manuka. Of single-manual construction, its 3 ranks provided 11 stops, as well as a useful Automatic Bass (playing the Pedal Bourdon on the lowest note of any chord being played, so ideal for a "reluctant organist"). The organ has given good service for 38 years, with only annual tuning visits and a routine cleaning by Peter Jewkes in 1982 - as such, providing a viable and inexpensive alternative to a succession of electronic organs which would otherwise have been in use.

Time and water damage had taken their toll however, and it was felt advisable to clean and overhaul the organ this year [2007]. At the same time it was also considered desirable to replace the Spitz Principal rank - a thin scaled tapered hybrid stop attempting unsuccessfully to provide the only Diapason tone (at several pitches) to the whole instrument. A new Principal rank [marked by * in the specification below] of spotted metal was installed, voiced in the spirit of the instrument, but with full Diapason tone for good congregational leadership, and better performance of organ repertoire.

The original bellows and electric action continue to give excellent service so were retained, and the blower was taken to Sydney for overhaul.


* replaced with an extended Principal rank in 2007 by Peter Jewkes (stop names have remained the same). 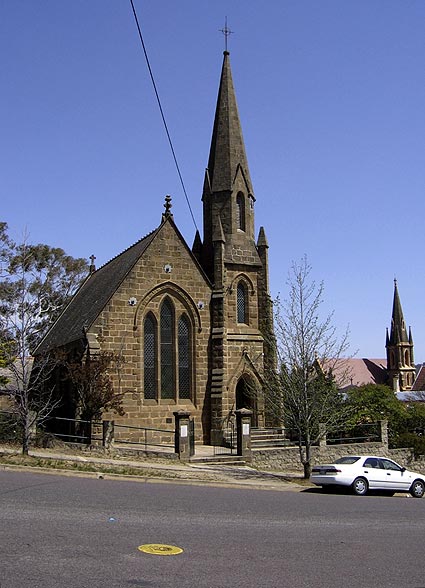 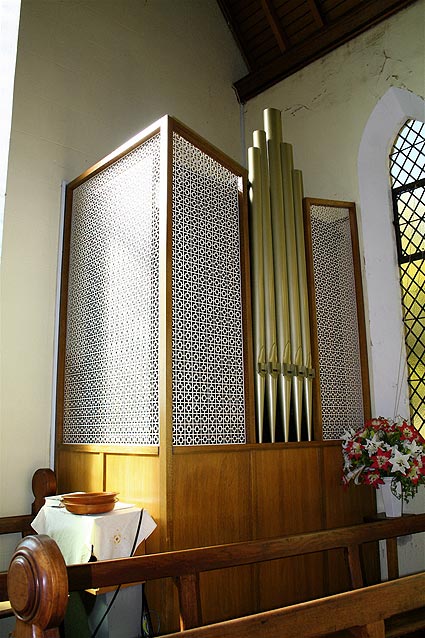