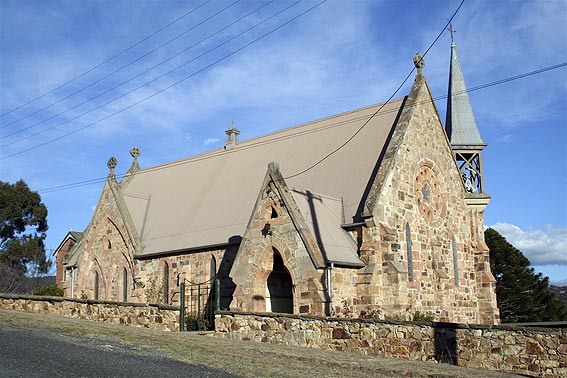 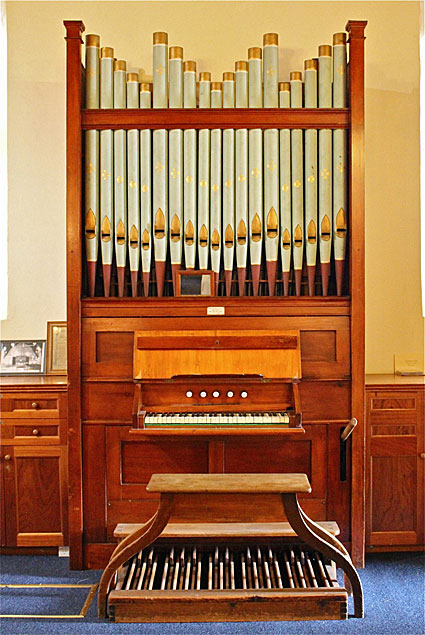 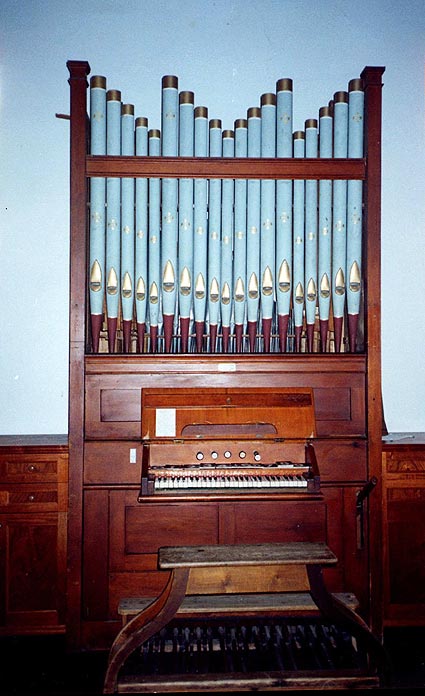 Designed by Edward Gell, this is a sandstone building in High-Victorian Gothic style placed on a steep hillside.  Built in 1870, it consists of a four-bay nave with heavily cusped porch and obliquely set bellcote, vestifial transepts and sanctuary.  Gell had been born in Hull, Yorkshire in 1818 and is said to have been influenced by Augustus Welby Pugin; he was Mayor of Bathurst and died in 1899.  His work is widely to be found in the Bathurst area.  The building includes a series of exceptional stained glass windows representing saints (memorials to pioneers of the disctrict) and a carved stone altar and reredos.

In Historic Organs of New South Wales, Graeme Rushworth devotes a whole section (pp. 302-303) to the builder Alfred Kirkland. Another example of Kirkland's work was installed at Wesley Church, Albany, Western Australia and this is now located at Lockyer Uniting Church, Western Australia, where it was restored in 1995 and installed by P.J. Elms & Co.

Rushworth states that the organ was opened at services held on 26 July, 1891, with organist, clergy and choir travelling from both Bathurst and Orange. Whilst the name of Kirkland is not well-kown in this country, the firm was of sufficient size to take over Bryceson Brothers in 1893 but in 1923, four years before the death of Kirkland, the business was absorbed by Wm. Hill & Son and Norman & Beard.

John Stiller documented the Carcoar organ in 1894 and made the following comments:

Original features present in this organ include:

1. the case, complete with display pipes decorated in a modest style;

General condition: The piepwrok is extremely dusty and has been badly damaged by careless cone-tuning... The soundboard has murmurs and bad "runnings", and all original stop labels have disappeared from the console.

As with the organ of St Paul's, Carcoar, this small instrument, after restoration, would complement the other items of heritage in this unique rural village.

Pedal permanently coupled to the manual

The organ was very conservatively restored by Campbell Hargraves (Mt Evelyn, Vic) in 2014. The original stop domes of the Kirkland had been lost long ago. After some research, Pastór de Lasala, the consultant of the restoration, discovered the existence of an identical twin organ in the Stuston Parish Church in the UK. Photos of the console were obtained and from these replica domes were made. 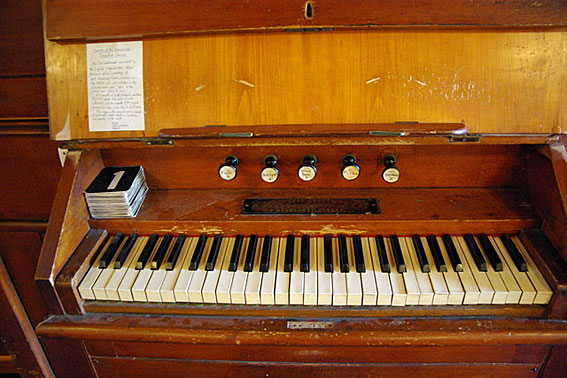 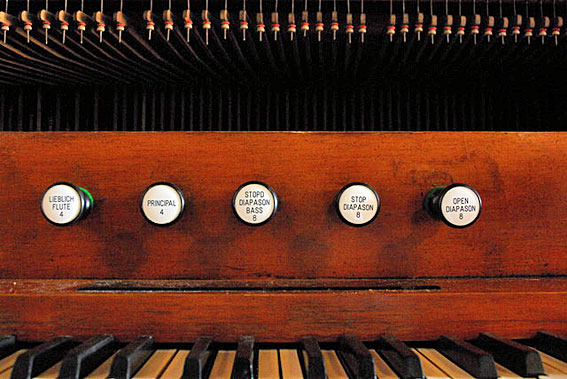 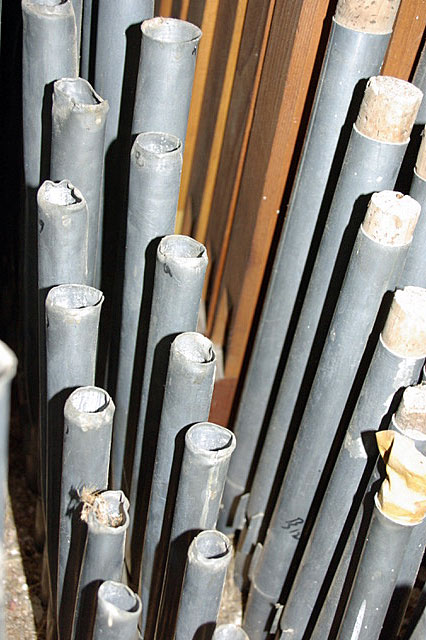 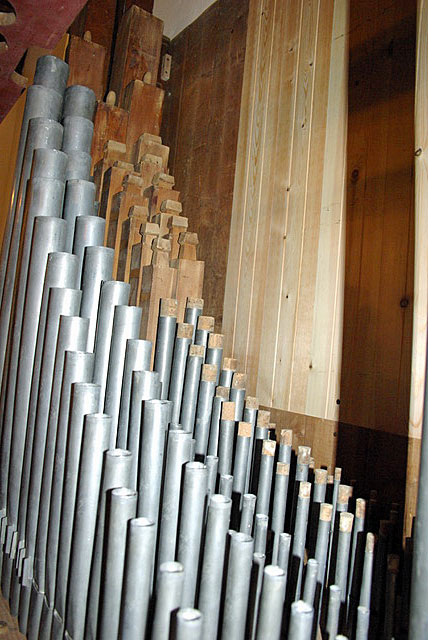 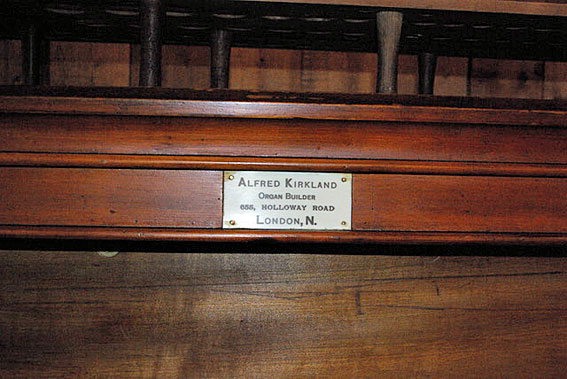 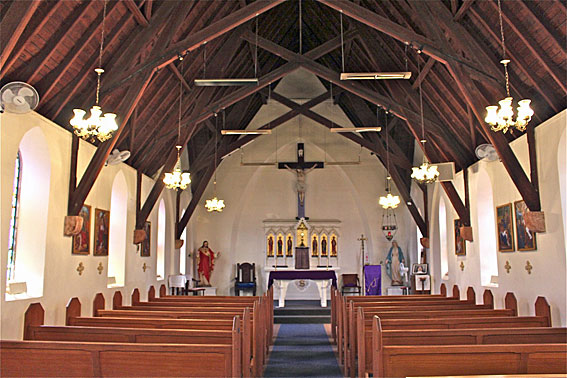 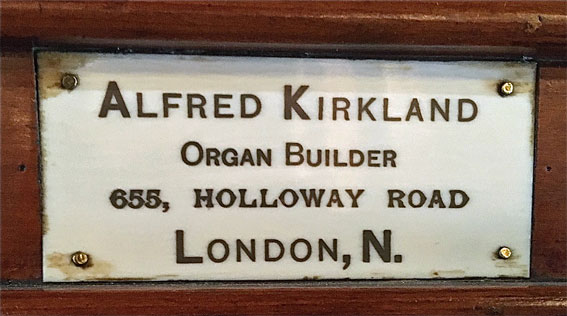