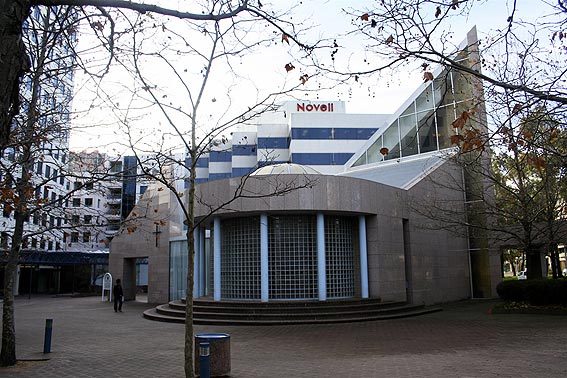 The 1925 George Fincham & Sons organ fromSt Andrew's Uniting Church in Goulburn was donated to the new City Uniting Church in Canberra and installed in the new building in 1988 by David Hudd. It was restored using the existing tubular-pneumatic action.

The organ was built in 1925 by George Fincham & Son for St Andrew's Presbyterian Church, Goulburn, being the second pipe organ owned by the church [it was installed in the new Clifford Street Church, following the demolition of the earlier St Andrew’s in Sloane Street, near the railway - PdL 2006]. Located in a spacious side apse, it sounded to great effect in that resonant building. Not long after the formation of the Uniting Church, the Fincham was given to Canberra City Church and a renovation completed in 1988 by David Hudd, a former director of J.W. Walker & Sons (Aust.) Pty. Ltd. At this time a number of tonal alterations were undertaken by swapping the position of ranks within the Swell and removing the previously duplexed Swell Bourdon so that it was playable only on the Pedal.

For a short period, a small single-manual chamber organ belonging to Rev. Michael Johnson was erected at the southern end of the worship space. Almost certainly the work of Flight & Robson of London, c.1830, this instrument was taken to Tasmania and later sold to the Powerhouse Museum in Sydney where it was visited during the OHTA conference of 1995. 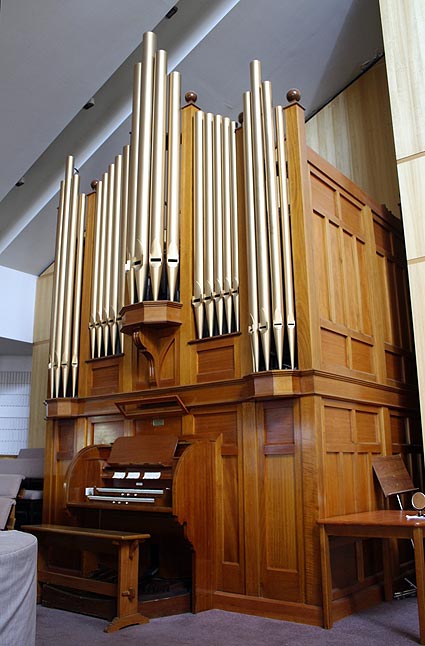 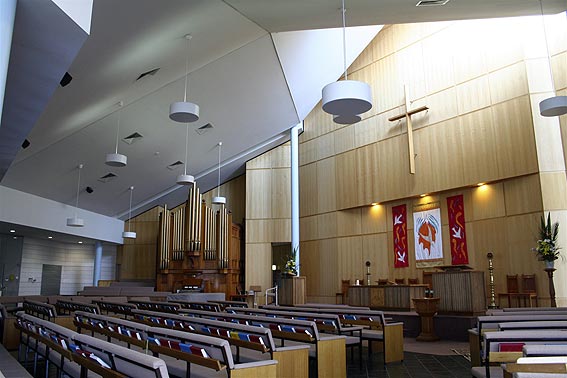 
The organ was rebuilt in 2011 by Australian Pipe Organs, the work involving the electrification of the key and stop actions with one tonal alteration reversed and a new wind system installed.  The current specification, supplied by Robert Heatley from APO, is: 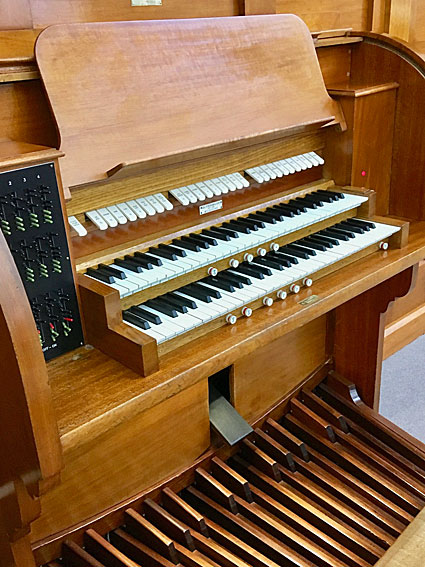 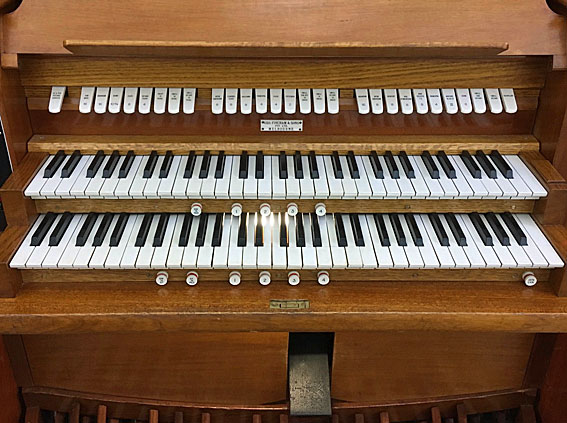 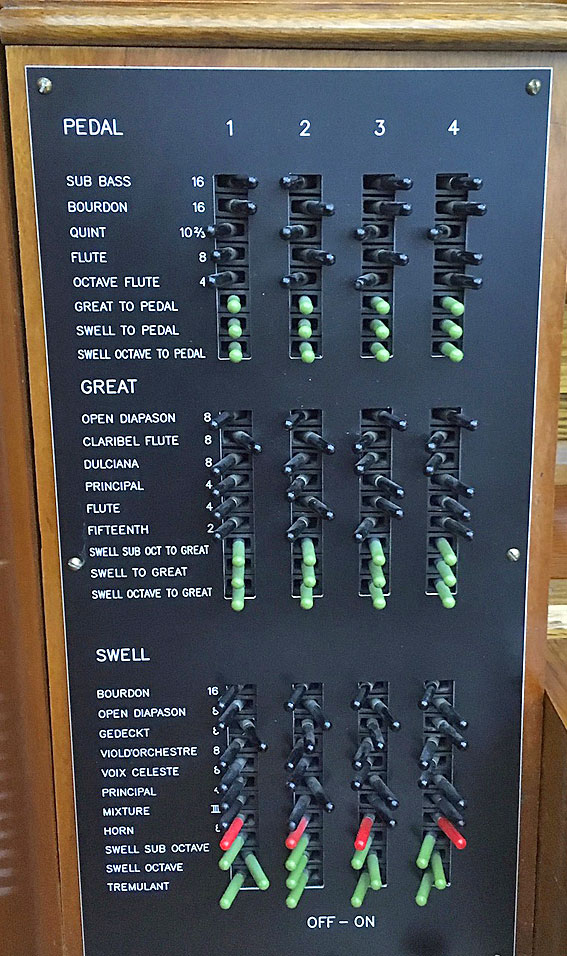 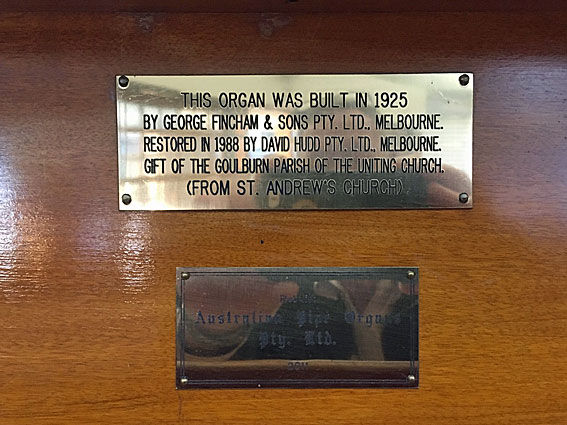 [Photos above of new console: Trevor Bunning May 2019] 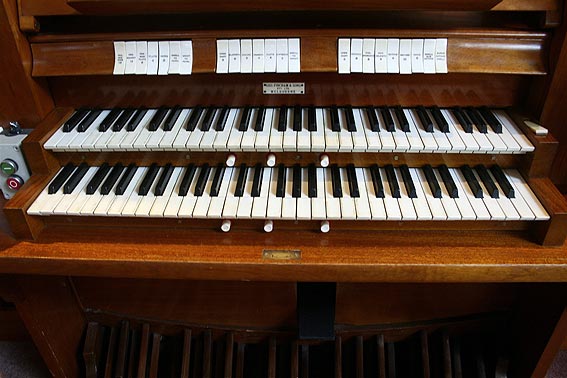 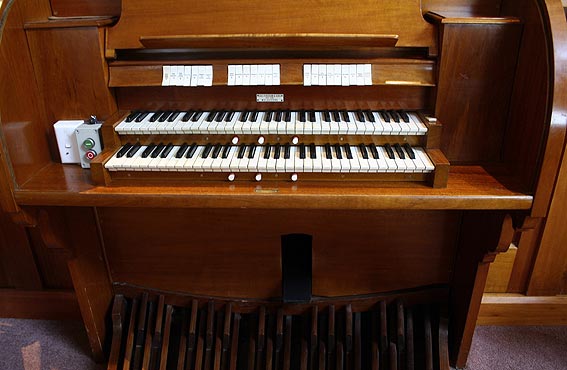