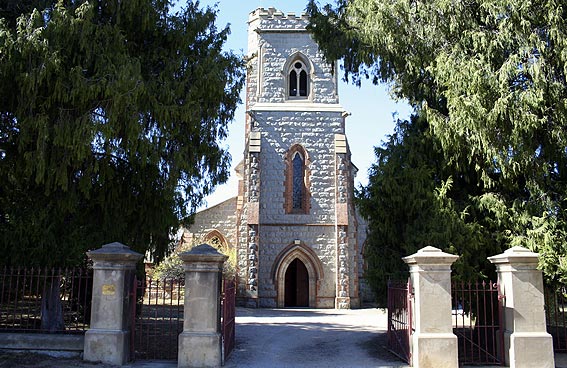 Braidwood is an historical town on the road from Canberra to the south coast. St Andrew's Anglican Church contains an organ built by W.G. Rendall in 1904 which was rebuilt in July 1975 by L.R. Waters of Adelaide. It is mostly tracker action but has electro-magnetic action to the stops and pedals, which have been extended. The original organ was built with mechanical action (the SOJ June /July 1980 report incorrectly states 'tubular pneumatic action') and had 12 speaking stops. 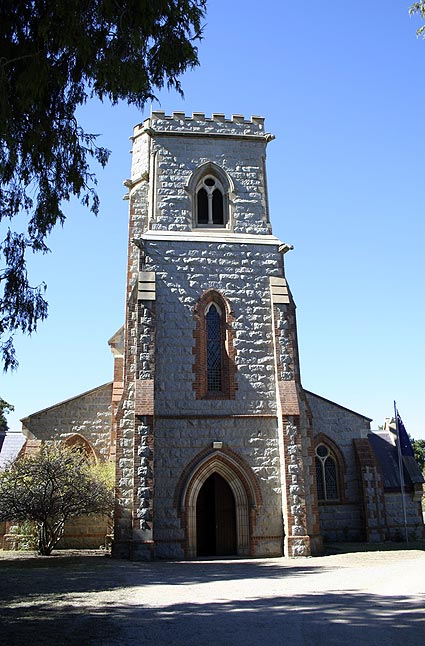 From the 2001 OHTA Conference handbook:

The town of Braidwood, located well away from major traffic routes, remains relatively unspoiled to this day: It is graced by a delightful cental park and a small collection of modest colonial buildings, most of which survive intact. European settlement dates from 1824, with the first resident Anglican priest being be Revd James Allan (1792-1876), a former Presbyterian clergyman, who commenced work in 1843. Gold mining drew a great mix of people to the area, which at one stage had a population of 30,000, significantly higher than that of today. A rectory was built in 1842 (still surviving) and the foundation stone for the first church was laid in 1850 by Bishop Broughton. The present impressive church was designed by Cyril Blacket, with foundation stone laid in 1881, completion dating from 1892 and tower erected in 1899. Granite hewn from Wilson's Hill and Jillamatong was used in the construction.

The building is noteworthy for a number of items including the magnificent carved baptistry, the German bell dating from 1875, external gargoyles, a sterling silver chalice dating from the ministry of James Allan, memorial windows and numerous plaques and tablets commemorating the life and work of pioneers in the district.

The pipe organ was built by W.G. Rendall of Adelaide in 1904 and rebuilt by L.S. Waters, also of Adelaide, in 1975. The specification below (as recorded in 1975) reveals the tend of the time, insofar as several unison registers were displaced in favour of upperwork, and the pedal division was electrifed and extended. The instrument was installed in the church by Ernst Ladegast and opened in a recital by Joseph Massey in August 1904. The casework is notable for the detail of its carving and the attached console for its glass doors. 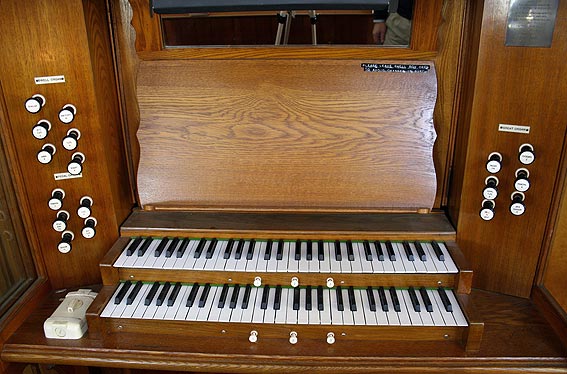 According to Graeme Rushworth in his Historic Organs of New South Wales (Hale & Iremonger 1988), the instrument was eight months late in completion and was erected by his foreman, Ernst Ladgast (son of the famous German organbuilder Johann Frederick Ladegast) and it was opened on Thursday, 4 August 1904 with a recital by the organist of St Andrew's Cathedral, Sydney, Mr Joseph Massey. Although rebuilt in 1975, this organ remains as the most original example of Rendall's work in NSW.

The present organ was preceded by another instrument that occupied the corresponding position on the opposite side of the church in the east end of the south aisle, with the console on the chancel side of the case. The first St Andrew's Church was opened in 1856 and was superseded by the present church in 1892. The first church possessed a harmonium in 1863, but in 1880-81 an organ was presented by Mrs Coghill and it may be this instrument that appears in old photographs. No details of this organ have so far been discovered. 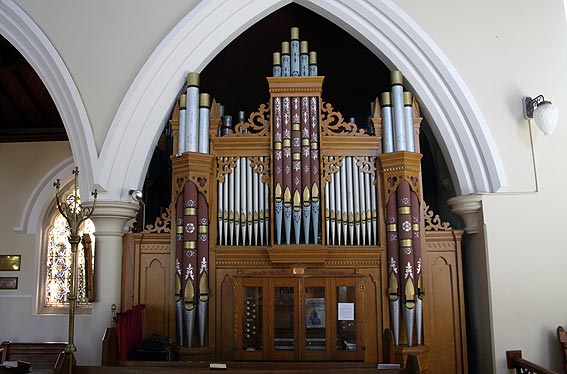 
Work has now commenced on major restoration of the 1904 WG Rendall organ, rebuilt in 1974 by Ross Waters of Adelaide.  Though some changes were made to the specification of this organ in 1974, and the original mechanical action was replaced by modern aluminium action, this instrument is generally regarded as the most intact of Rendall's work, with much of his own wooden pipe work remaining to complement the fine Palmer pipe work he imported for it from London. Its two fine cases also testify to Rendall's artistic prowess (and distinctive nameplates on each case demonstrate his pride in them!). The present work will include complete restoration of both main soundboards, as well as various Pedal wind chests.  The present electro-pneumatic draw stop action will be replaced by silent German solenoids, and a simple solid state system will be installed for the combination pistons. Work is scheduled for completion around Easter 2016.

The specification is now:

Electro-magnetic action to pedals and stops. 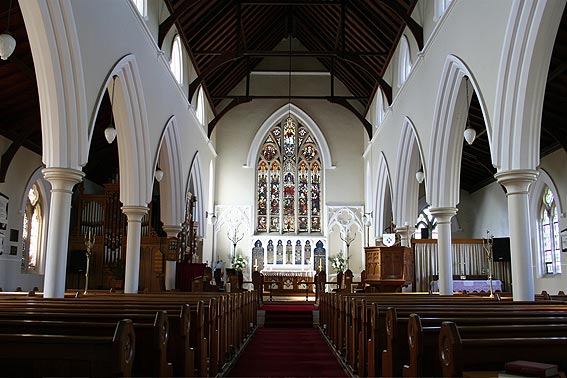 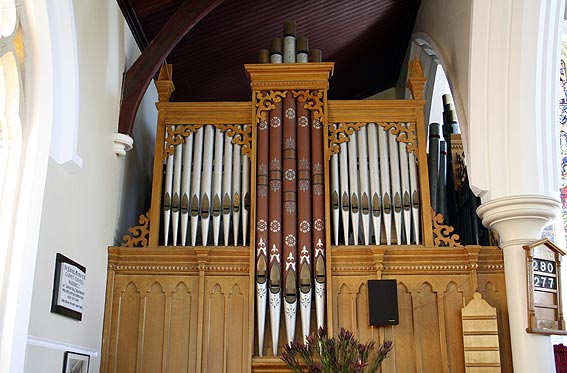 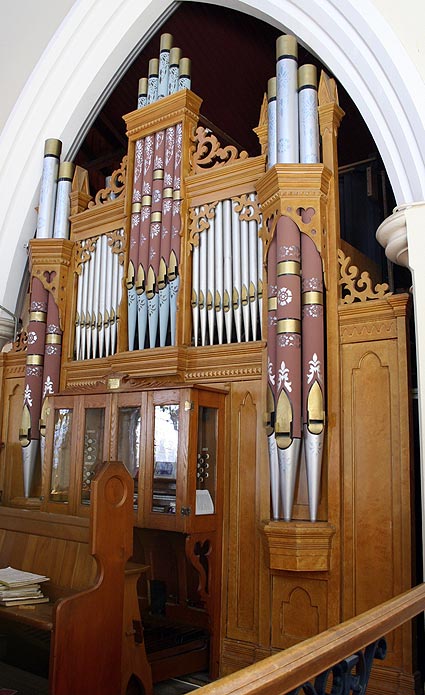 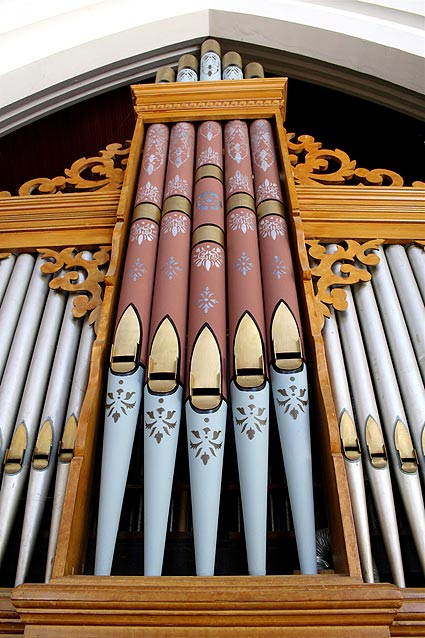