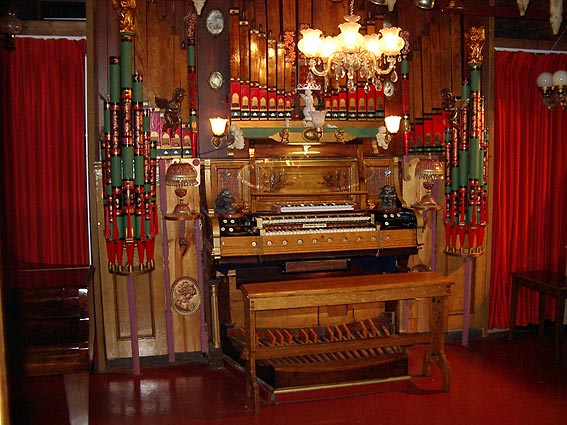 The organ is based on the Swell/Choir chest of the second Hele organ of 1886 sent to Robert White of Tahlee House, Port Stephens replacing that which was lost at sea 3 years earlier. The Hele organ then went to St Philip's Eastwood after which it was broken up and then the chest went to St Martin's Mullumbimby where it remained for 23 years. The chest remains in good condition and is signed job no 52 and has an ivory plate on the division between the Swell and Choir with the maker's name.The most interesting rank is the 58 note Bourdon which was originally the Gt Double at Newcastle Cathedral and the bottom 30 comprise the pedal organ.