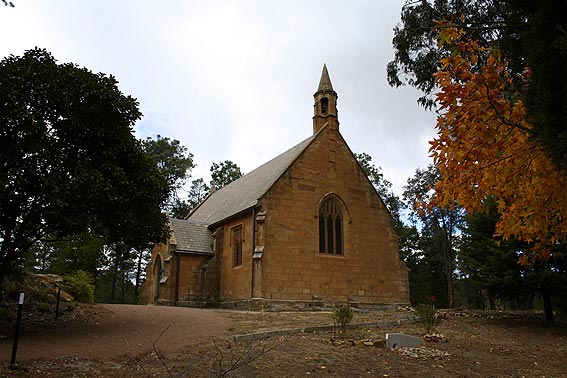 Located on the Hume Highway, Holy Trinity Anglican Church is a fine stone building by Edmund Blacket in the perpendicular Gothic style, consecrated in 1849, with a prominent bellcote at the west end. The interior is especially fine with excellent stained flass, wooden fittings, and old brass oil lamps converted to electricity. The present organ was installed originally in St Andrew's Pro-Cathedral, Sydney, to which it was presented by Edmund Blacket, himself an avid organ enthusiast. The organ was restored in 1970 and is very much in its original state apart from the additon of a pedal Bourdon and new drawstop faces. It is sited along the north wall of the nave and the case is a very respectable example of mid-19th century "carpenter's Gothic" with three well-proportioned "flats". The builder is unforunately unknown as is the exact date of its construction; it appears to be of Enligsh origin c. 1860. The sound is rich and brilliant. 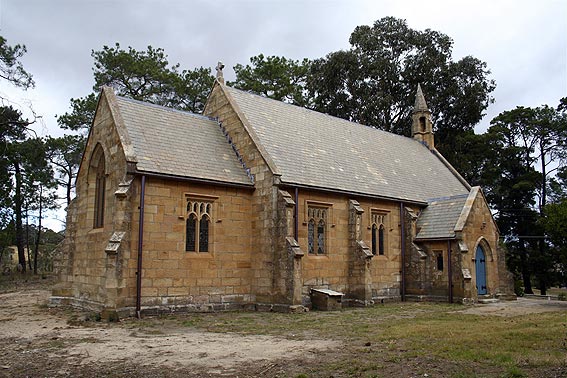 [Further research has found that it was rebuilt and enlarged by William Davidson in c.1891. Originally it may have been a barrel or finger and barrel organ - Rushworth Historic Organs of NSW]. 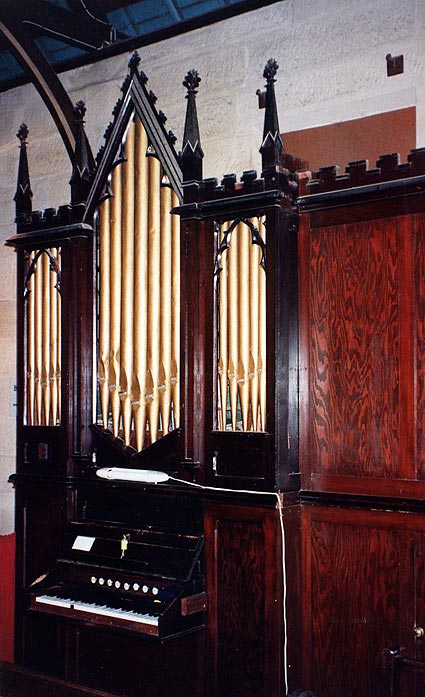 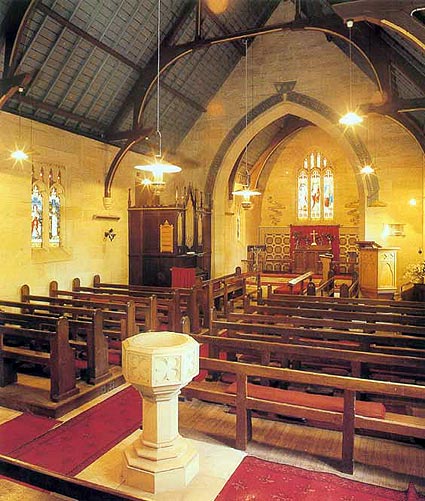