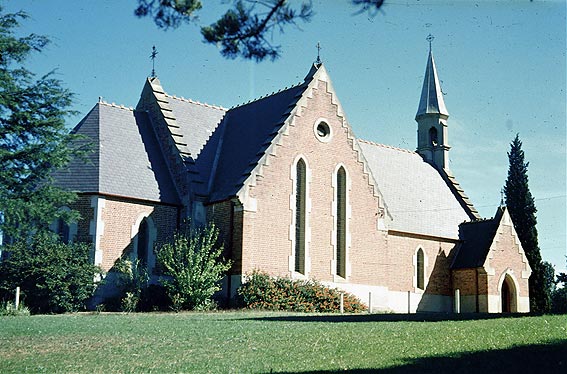 St John's Anglican Church was designed by the noted NSW architect Edmund Blacket. Built in brick with stone dressings and designed in a sparing Gothic style, it is of cruciform shape and the western façade is bisected by a central buttress and crowned by a bell turret. The church was built in 1874 and consecrated in 1882.1 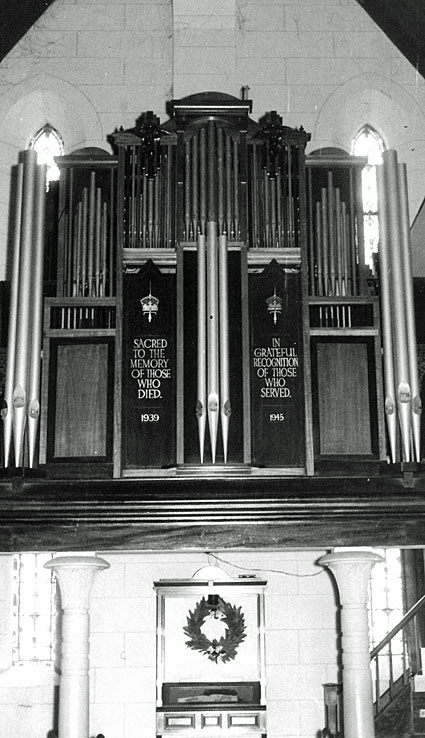 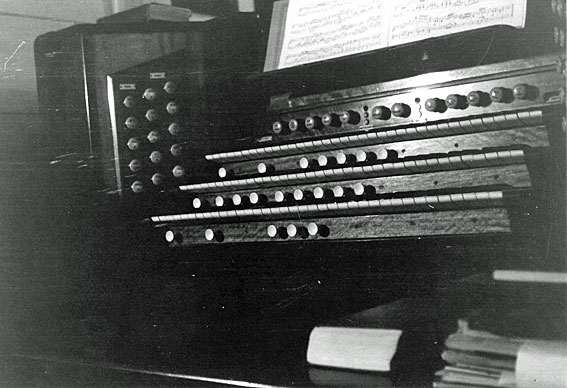 
Around 1952, Sydney amateur organbuilder J.A. Newing built as a War Memorial a three-manual organ with electric action incorporating 1922 Wurlitzer pipework from the Crystal Palace Theatre, George Street, Sydney.2 The console - with illuminated stop touches, was located in the north transept on the floor, while the pipework and chests were located centrally in the rear gallery. The organ was removed in 1972 and parts sold to Terry Lloyd, in Canberra. It had three manuals, 30 speaking stops and seven couplers and consisted of a number of extended ranks.3

The present organ was built before 1855 by John Smith, Bristol, UK. This firm sent out five organs to Victoria at this time, three of which went to St Paul's and St Peter's Churches in Melbourne and the Philharmonic Society, and two for private clients, one for W.G. Dredge, Esq., and one for R. Smith, Esq., St Kilda.4 The St John's organ would have been one of these. Later, the organ was in St Matthew's Anglican Church, Cheltenham, Victoria from 1914 and placed in St James-the-Great Anglican Church, East St Kilda from 1962 to 1990 where it was replaced by a chamber organ built by Samuel Joscelyne, the Tasmanian organbuilder. 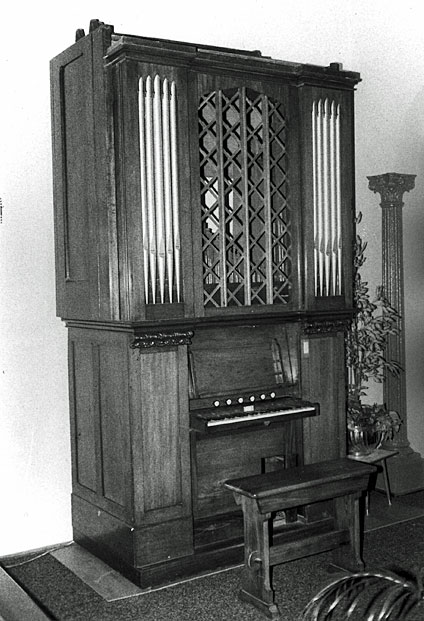 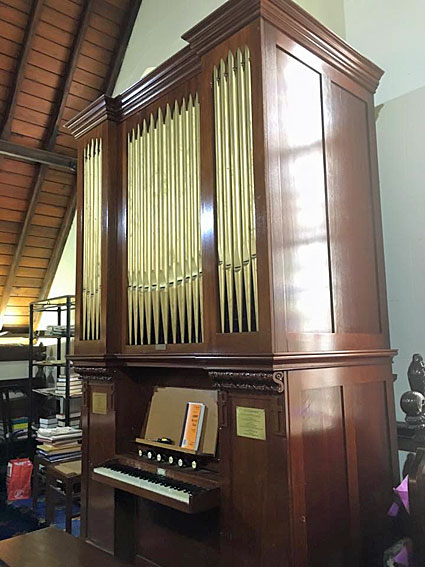 
A full restoration of the organ was completed by Australian Pipe Organs Pty Ltd in 1991. The majority of the work was carried out by the firm's Queensland director at the time Martin Fowles. The casework was restored and all original missing sections replaced with new material based upon the design of the old. The missing central flat of dummy pipes has been replaced with new gilded 'flatbacks'. A new double-rise reservoir has been constructed, and an Open Diapason 8ft (tenor C) installed in place of the transposed Twelfth using recycled plain metal. The action and wind chest have been fully restored.5

The organ was placed in St John's Church at this time. The original builder's hand-painted name plaque survives behind glass together with the original drawstops, on square shanks and key cheeks. The overall sound is charming and delicate. 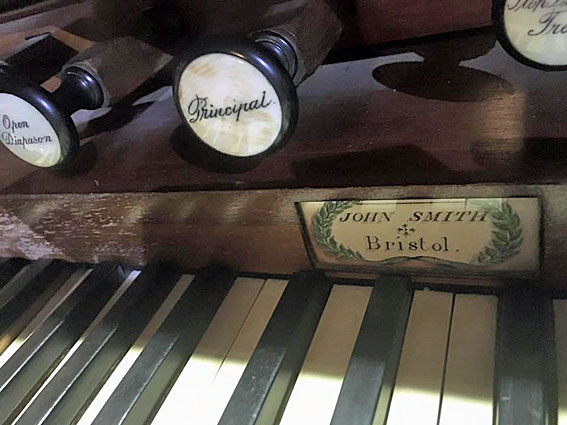 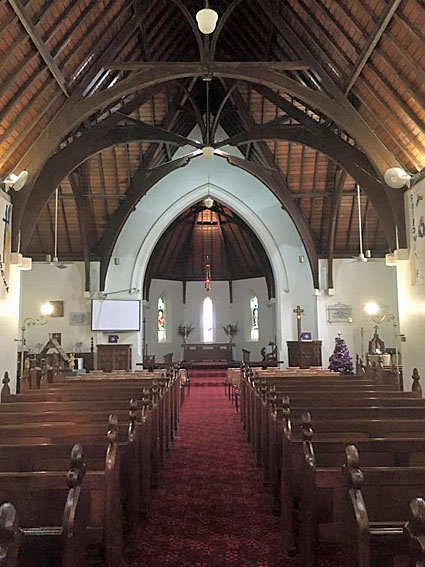 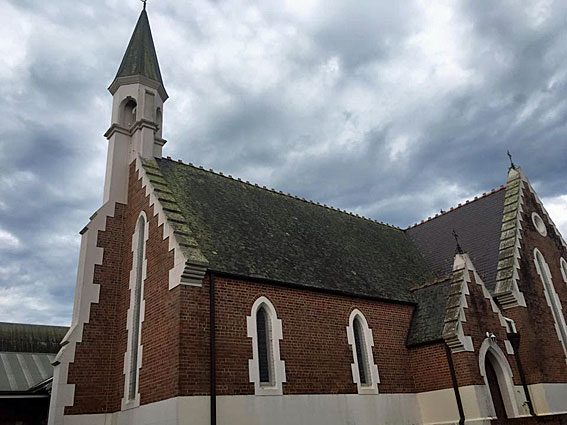 6 Specification confirmed during visit to organ during the 2001 OHTA conference, Thursday 4 October 2001