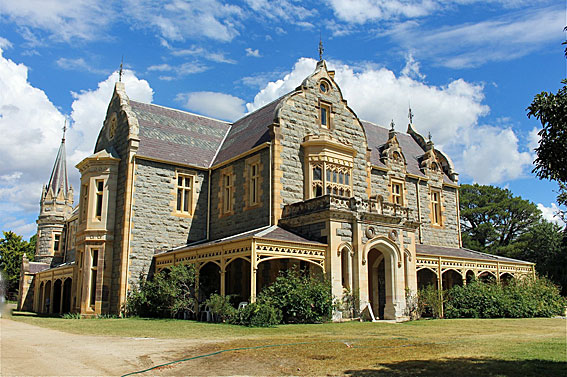 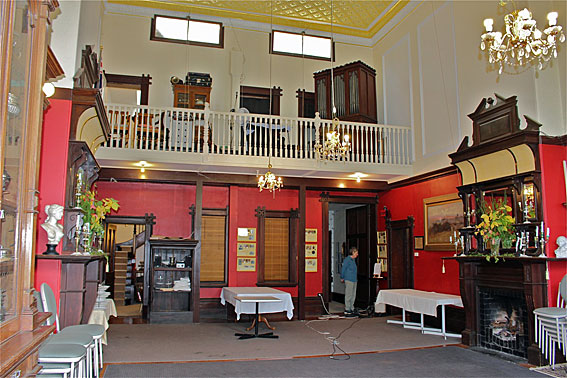 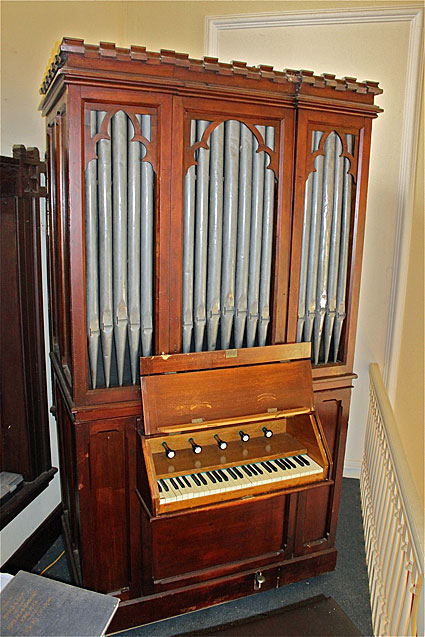 The organ in this church has the distinction of being the first organ built for the Canberra district. Built in 1864 by Kirtland & Jardine of Manchester for St John's Reid, the instrument was the gift of "the Campbell family of Duntroon, whose progenitor, Robert Campbell, built the church in 1841-44 when the district along the Molonglo River was known as the Canberry Plains". [1] It was opened in 1865 and served until 1933 when it was displaced by the Hill, Norman & Beard organ now at Lyons. It was loaned to St Paul's Anglican Church, Manuka where it served until 1959. The organ was then moved to its present location in time for the opening and dedication of the church on 18 October 1959. It is still on loan from St John's Reid.

The instrument is the only known example in Australia of Kirtland & Jardine. The firm can trace its origins to 1780 when the brothers James and David Davis commenced building organs in Preston, Lancashire. On the retirement of James Davis, the business was taken over by former apprentice, Samuel Renn, who moved operations to Manchester. Upon the death of Renn in 1845 the business was passed over to James Kirtland (1813-95), a nephew and former apprentice of Renn. In 1846 Frederick W. Jardine (1822-1907) joined as a partner and the firm was known as 'Kirtland & Jardine' until Kirtland left the business in 1865. [2] Frederick Jardine had served an apprenticeship with J.C. Bishop and was the son of Joseph Jardine (1791-1867), whose brother George Jardine (b.1801) established the organbuilding company of Jardine & Company of New York in 1834. [3]

The Manchester ftrm of Jardine Organs is still in existence today, at premises that have been in use since 1900 at Elsinore Road, Old Trafford. Operated by a variety of managers and owners over the years, the firm has made a specialty of relocating redundant organs in recent times. In 1996 the firm installed an old Forster & Andrews organ in a wedding chapel in Hokkaido, Japan, while redundant organs by Alex Young & Son and Jardine & Co. have been sent to Sierra Leone in West Africa. Currently the firm is installing a three manual Hill, Norman & Beard organ of 1934 in St George's Cathedral, Freetown, Sierra Leone. [4] The Deakin instrument survives largely in original condition, although a documentation carried out by John Stiller on 22 June 1983 showed the following as alterations:

c) an increase in the wind pressure;

d) recovering of the natural keys and the replacement of the stop labels with grained celluloid; 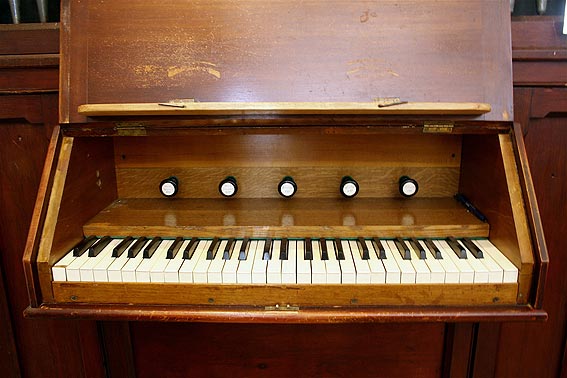 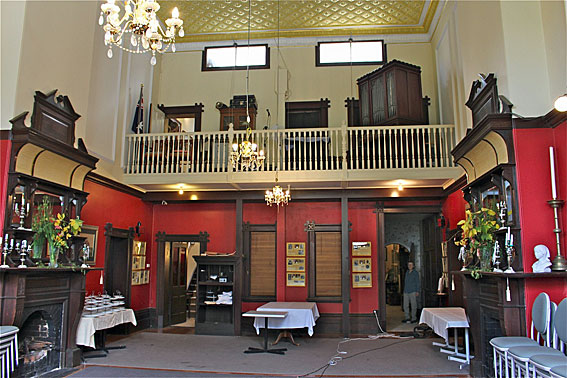 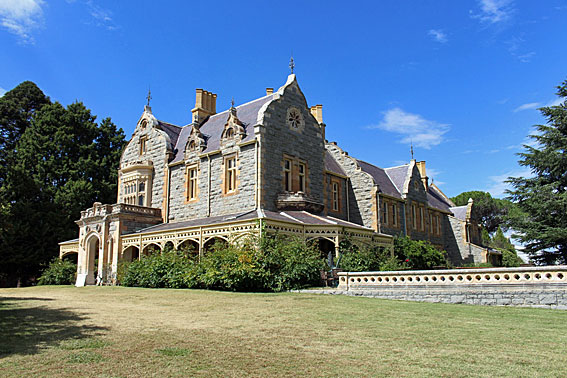 
A redundant organ has been obtained by Peter Jewkes from All Hallows', Milton, Staffordshire, UK. The organ has two manuals and 12 speaking stops by the noted Yorkshire builder, J.J. Binns. It is to be restored and installed at "Abercrombie House", Bathurst, the country seat of Rex Morgan, Esq., where his Pittwater House Schools holds retreats and functions. The case is very handsome, of oak, and the console is quite "advanced" for its 90 years, with angled stop jambs, beautiful thick ivory key coverings, concave and radiating pedalboard and balanced swell pedal (all original). This will be the first Binns organ to come to Australia, although it is interesting to note that the Adelaide organbuilder W.L. Roberts was apprenticed to this firm. 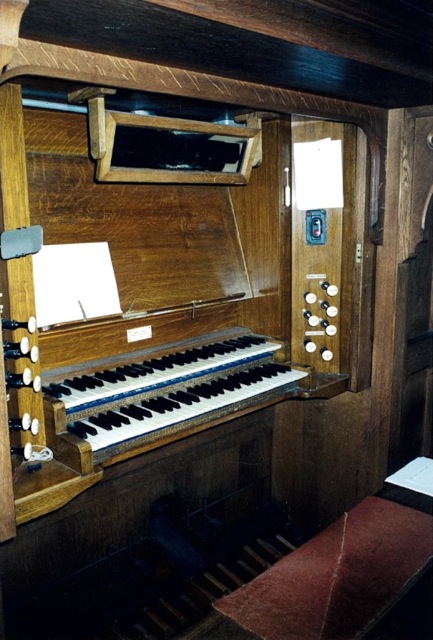 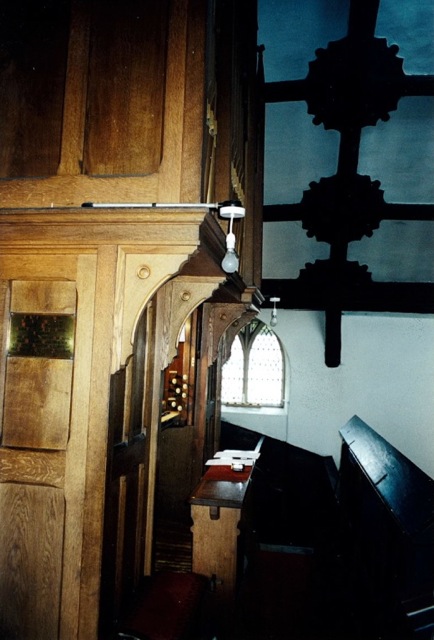 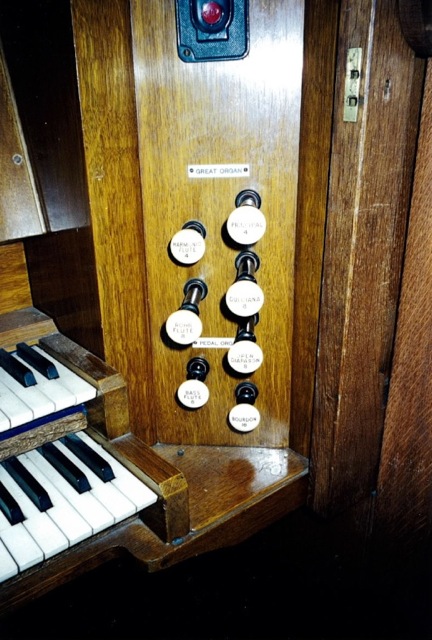 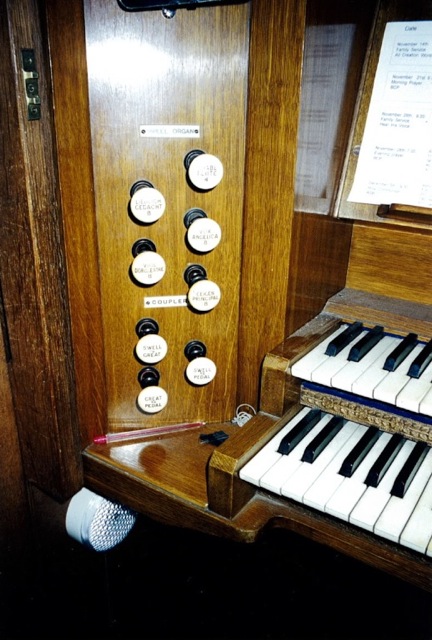 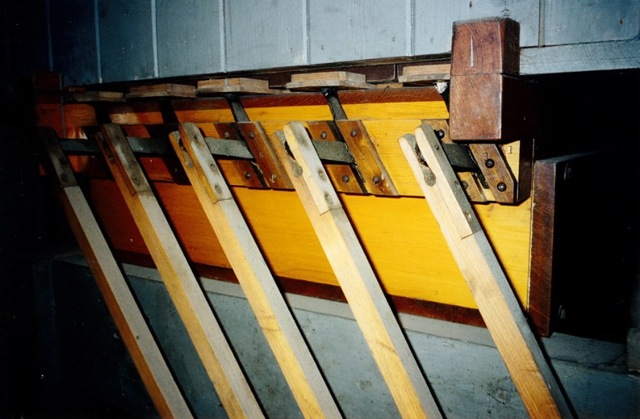 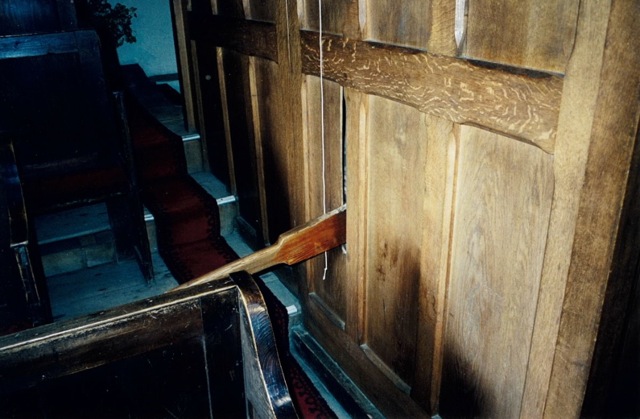 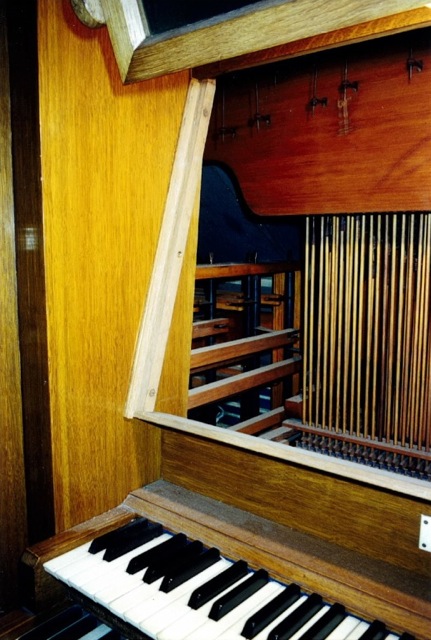 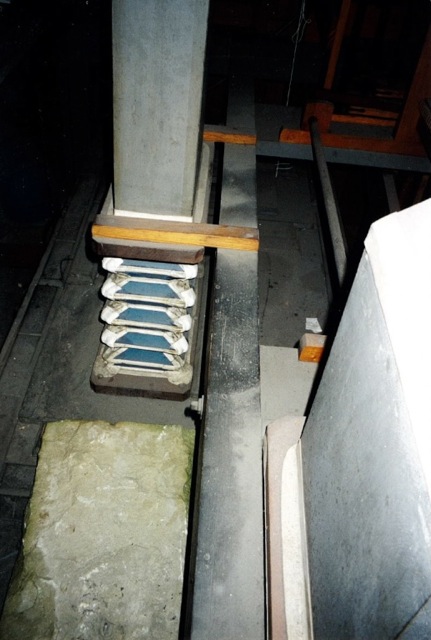 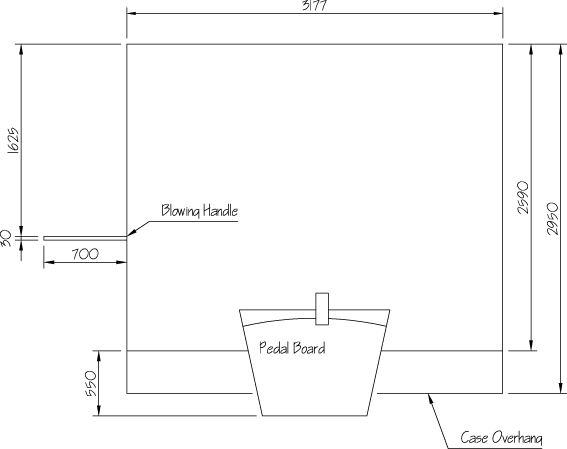 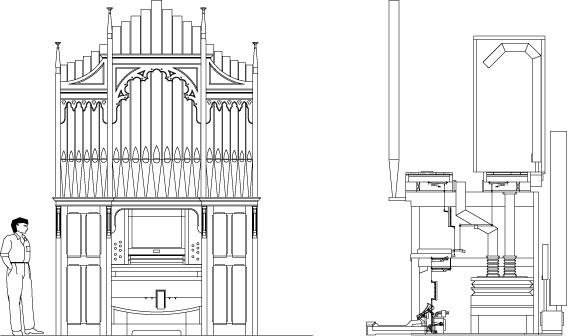