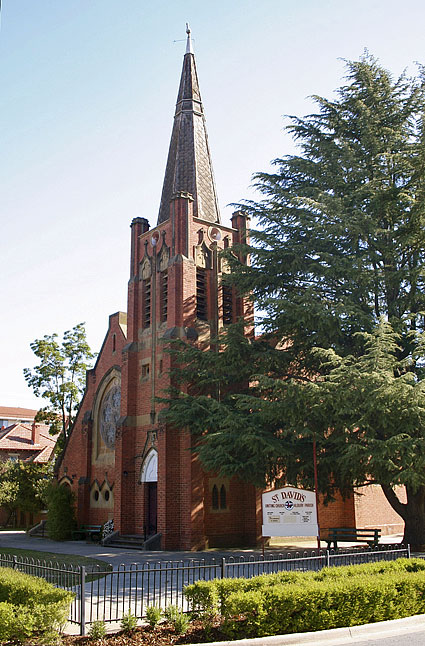 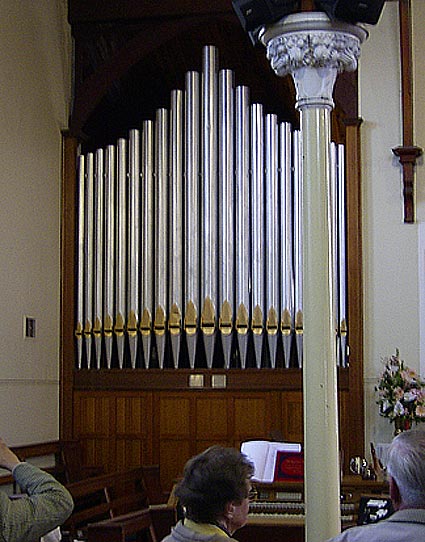 
St David's, which was opened in March 1906, was designed by Melbourne architects Campell & Kernot who also desired Presbyterian Churches in Camberwell, Kyabram, Narrandera and Germanton (Holbrook). William Maitland Campbell was the son of the minister of St George's Presbyterian Church, Geelong and a former student at Geelong College - hence this strong church connection. Built in brick with cement dressings, the main façade incorporates a large rose window anda to the right, a massive tower and spire in Free Gothic style. There are double transepts.

The organ was supplied and installed in 1927 by George Fincham & Sons and incorporated mostly second-hand pipework and materials. It was rebuilt and greatly enlarged in 1969 by the same firm and more recently some electronic additions have been made.

The 1927 specification was as follows: 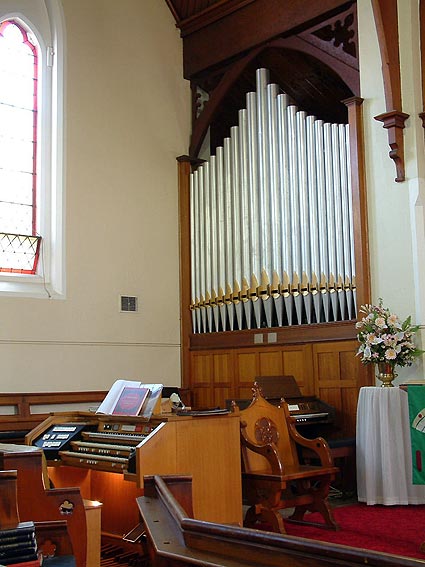 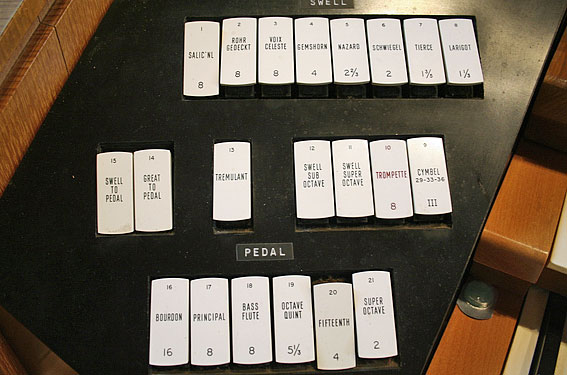 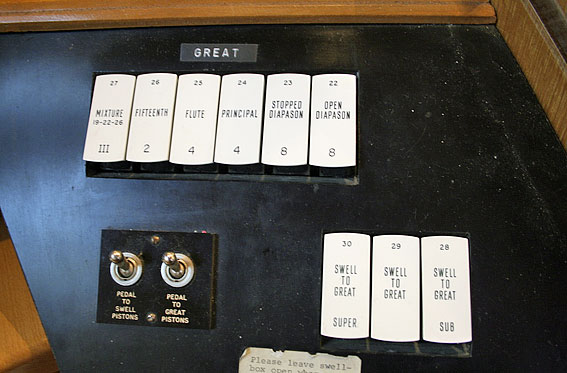 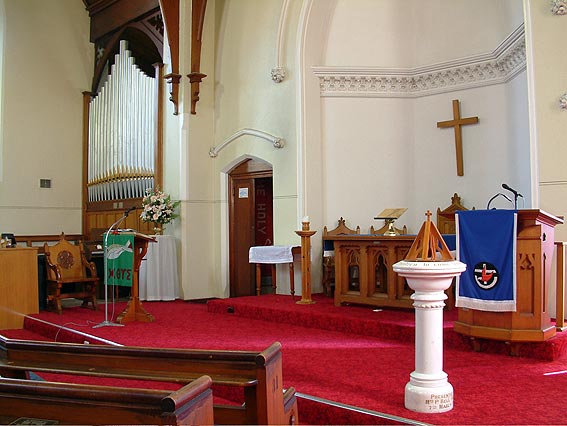 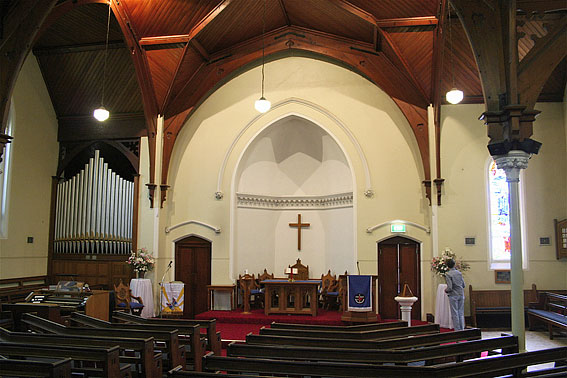