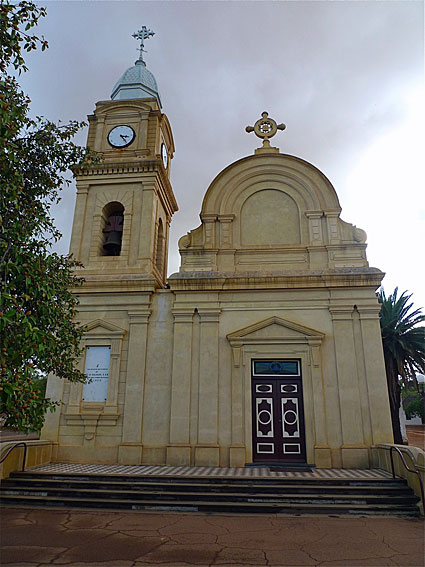 Abbey Church of the Holy Trinity, New Norcia
[Photograph by Trevor Bunning (May 2012)]

The first parts of this building date from 1855–60, constructed of bush stones, mud plaster and rough–hewn tree trunks.  It originally consisted of a simple cruciform plan of nave, transepts and sanctuary, of classical proportions.  The retro choir was added in 1870 behind the high altar and choir screen.  Abbot Fulgentius Torres designed the stucco facade with its lofty pediment, and the bell tower with its clock and turret, which were added in 1907–08. 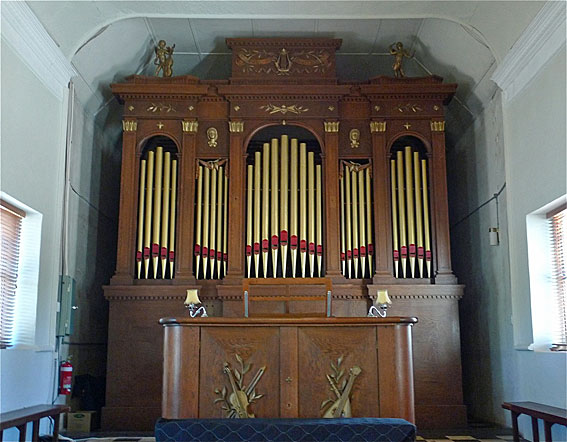 The organ was designed in consultation with the Abbey Organist Dom Moreno and built in 1922 by Albert Moser of Munich.  It was displayed at the German trade exhibition in Munich in 1922 before it was dismantled, packed in 24 zinc–lined cases and shipped to Australia, arriving at Fremantle on 21 April 1923.  It was installed at New Norcia from April to August 1923 by Dom Stephen Moreno, assisted by his brother Dom Henry Moreno, Dom Boniface Gomez, Dom Vincent Quindos and an aboriginal boy Harry Weston.  The opening concert was given by Stephen Moreno on Sunday 2 September 1923.

The organ is totally enclosed within massive swell boxes with shutters at the front and on top of the organ.  The oak casework, of elaborate neo–classical design, incorporates five flats of non–speaking pipes and fine carvings especially on the front of the reversed console and on the pediment, at the top of the case.  The instrument is of interest, particularly for the comprehensive series of solo mutations on Manual II, extremely advanced for the time, its generous tonal structure and wide dynamic range.

A refurbishment of the organ by Bellsham Pipe Organs (WA) took place in 1978.  Many of the pipe mouths were found to be blocked by candle grease.  The concrete floor on which the organ was placed was sealed and the organ reinstated to its former level, supported on a new steel frame.  A new Discus blower, of high capacity, and new wind regulators were installed.  The sliderless chests were electrified simply by using electro–magnets to operate the primary pneumatic motors.  Many of the timbers in the chests and console case had split so badly, owing to climatic extremes, that they had to be restored by the insertion of new pieces of timber.  The complicated original console pneumatics operating the couplers and the accessories were also removed and replaced by a combination of solid state and direct electrical switching – they still exist in a room at the top of the Monastery buildings.

Further work was carried out in 1997 with the replacement of the wind regulators with a very large floating frame reservoir and new wind trunking, designed by Lynn Kirkham and approximating as closely as possible to the original design.  These were manufactured and installed by Pipe Organ Builders and Services.

* 70 notes for use with super–octave coupler

Detached stopkey console (pedal stopkeys duplicated for independent use with Man.I and II) 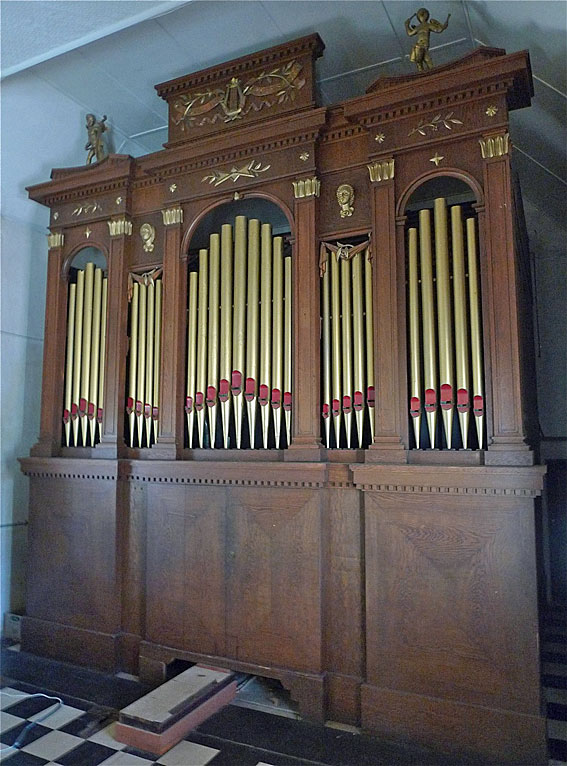 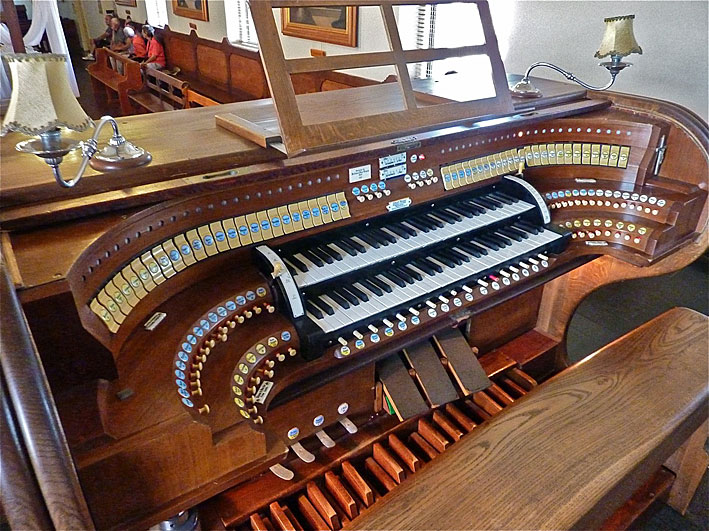 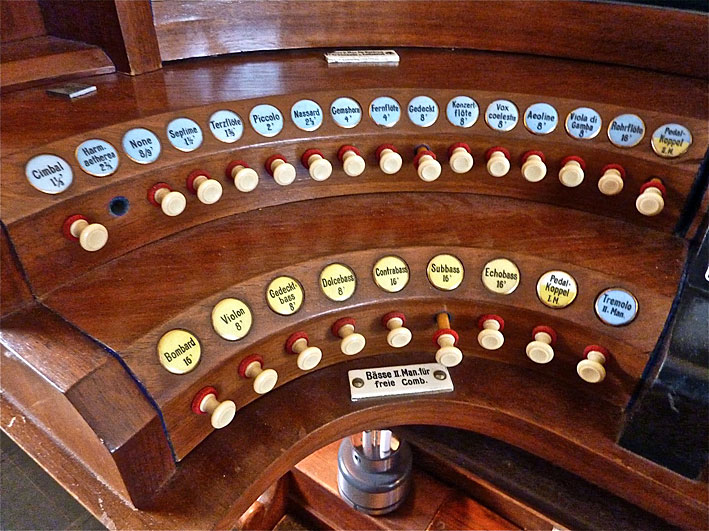 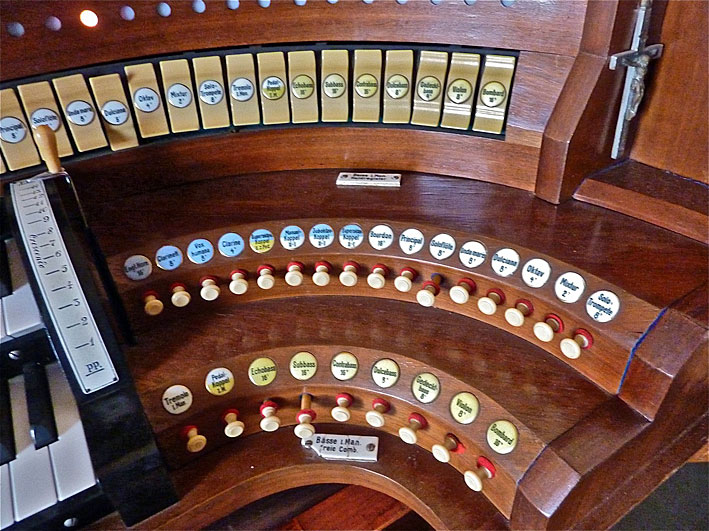 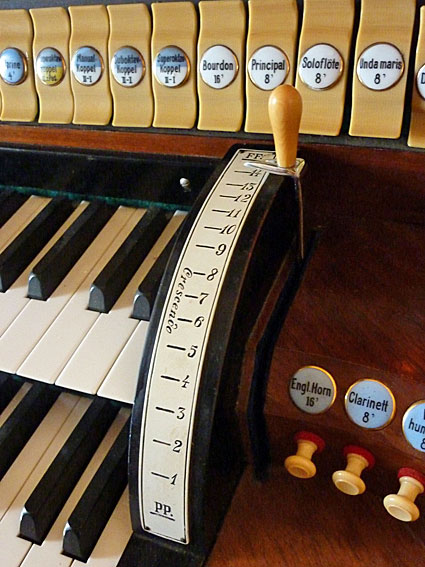 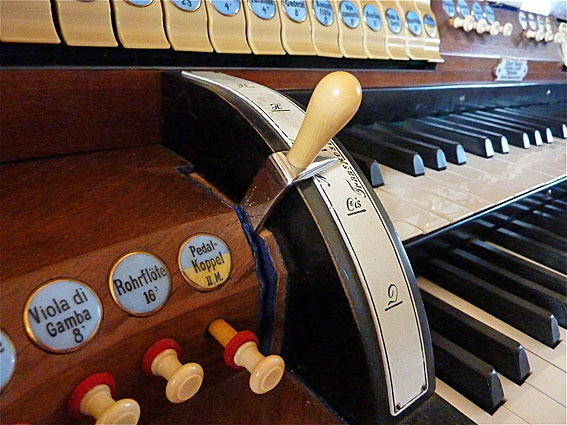 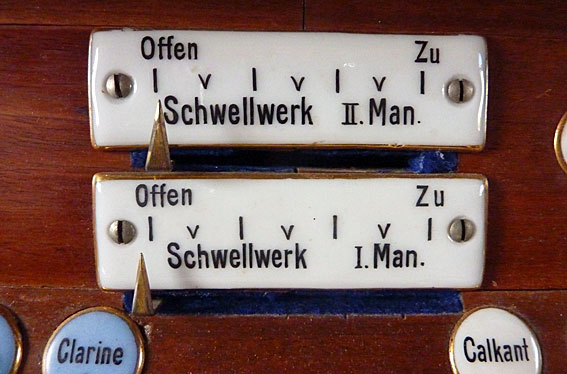 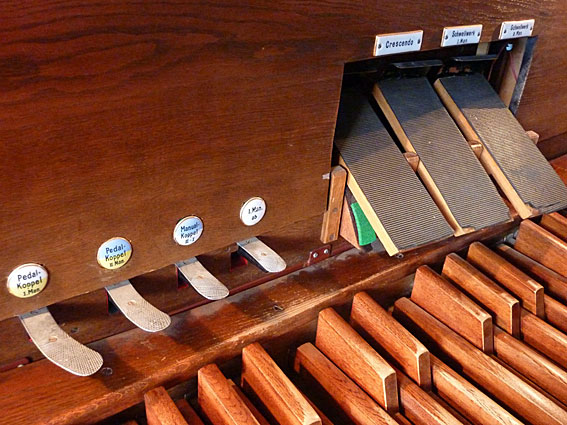 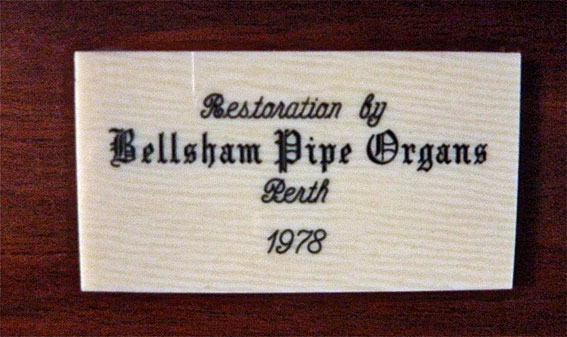 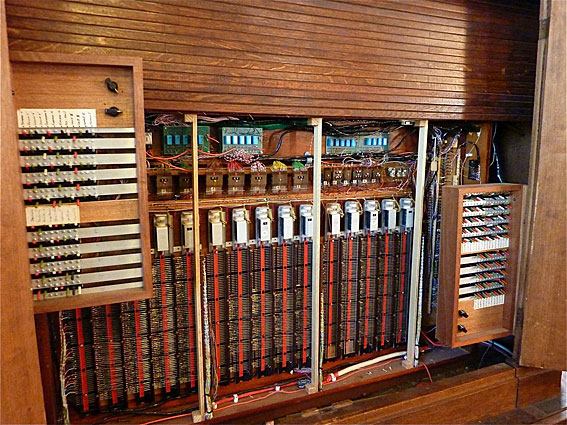 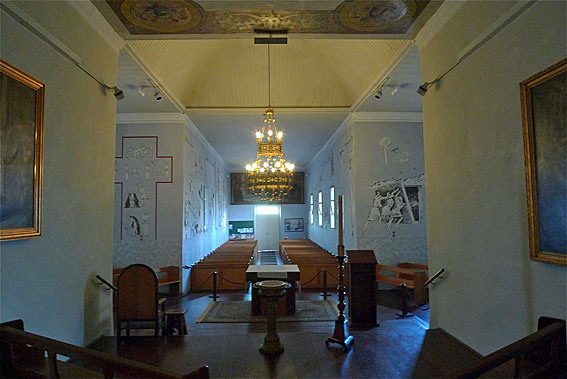 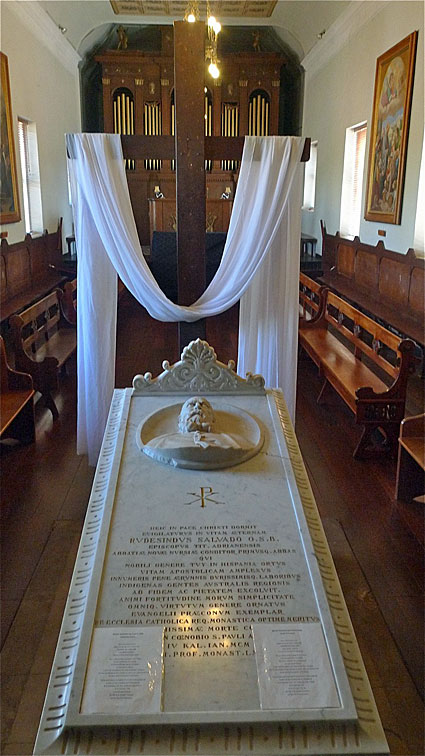 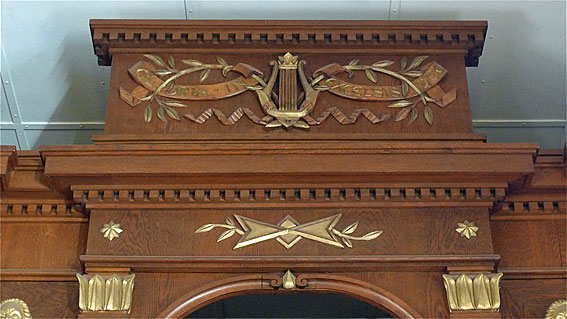 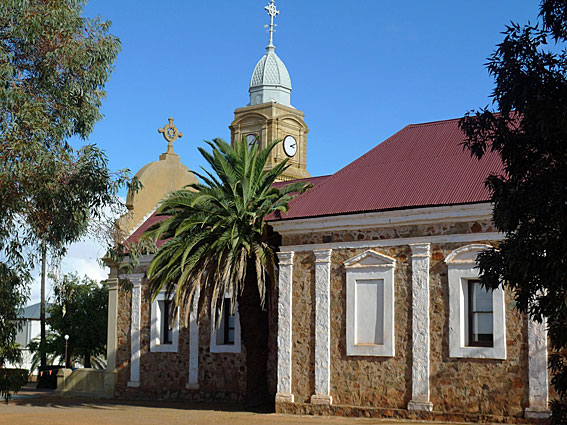 •    Ian Molyneux, Looking around Perth:  a guide to the architecture of Perth and surrounding towns.  East Fremantle:  Wescolour Press, 1981, pp.127–9.