The Chapel was built between 1912–14 to the design of the noted English architect Sir Walter Tapper (1861–1935).  The building contains many splendid fittings, such as the painted reredos (by Jack Bewsey), lectern (by William Bainbridge Reynolds) and stained glass; it is undoubtedly the most lavish school chapel in the country.  The building and its fittings were donated by an Englishman, Cecil Henry Oliverson, and built of Donnybrook stone.  Externally, the west front is framed by two prominent stone turrets, the side walls of the six–bay nave run sheer to the parapet, and at the east end the vestries are placed under a low lean–to roof between buttresses of huge projection.  Internally, there is a plaster barrel vault intersected by stone ribs while the finely crafted pews are placed parallel to the side walls of the building.  The floor is of marble laid in contrasting slabs and high in the side walls a stone passage runs around the building between the windows.  The Resurrection window, dating from 1988, was designed by Perth artist Robert Juniper and made and installed by Adelaide–born, stained glass window artist Cedar Prest.  The new stained glass window behind the organ, at the west end (1995), is also by Cedar Prest.

The original organ, built by Norman & Beard, of two manuals and seven speaking stops, was divided on either side of the large west window behind cases designed by the architect.

The present organ was built in 1972 by F.J. Larner and Co. and is a seminal early example of the work of the Australian organ reform movement, with the pipework encased within reflecting boxes without pipeshades.  In 1995 a new Gothic–style case, more in keeping with the architecture of the building was designed by Lynn Kirkham, constructed and installed by Ridge Furniture.  In 1996 Lynn Kirkham designed and built a new mechanical key action.  The only tonal alteration from the original is the addition of a Viola da Gamba stop on the Swell and a lowering by one break the pitch of the Swell Scharff. 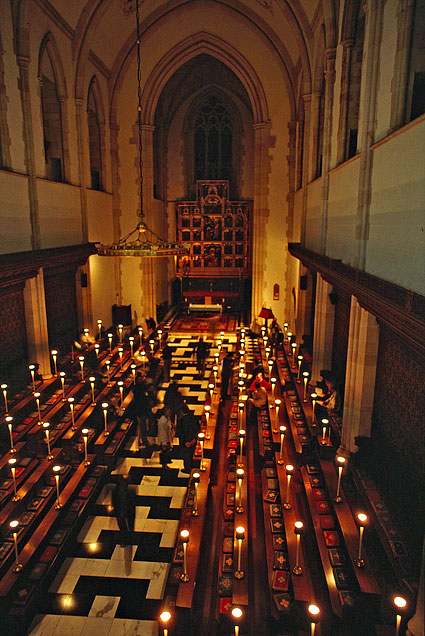 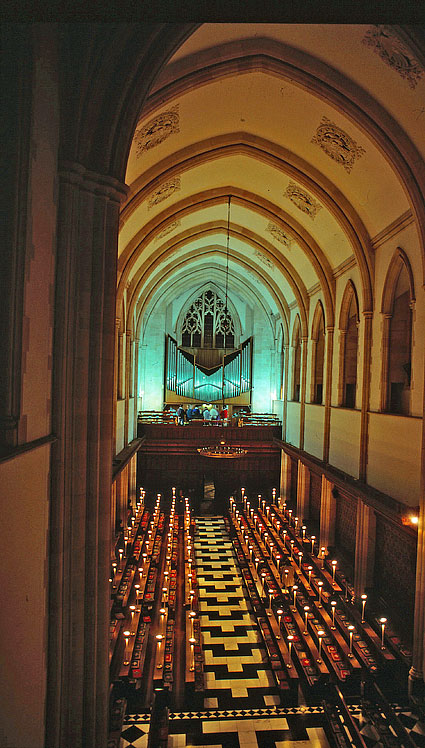 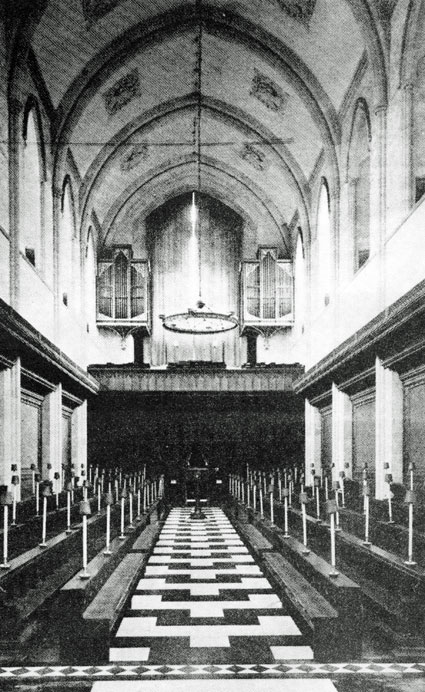