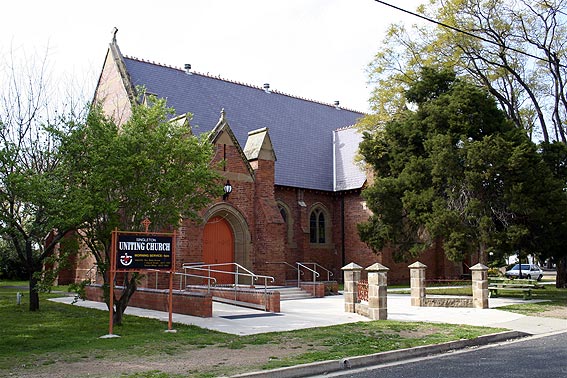 The first church and manse were built in 1838, enlarged in 1878-79 and served until the construction of the present church whose foundation stone was laid on 15 December 1904 and opened on 31 May 1906.  Designed by the Sydney architects Nixon & Adam in the Gothic style, the original plans included a tall tower and spire, but this has never been built.  The church contains many fine memorials, chief of which is the pipe organ, which is a World War I memorial. [1]

Rushworth records that the instrument was probably built in 1885 by Charles Richardson, of Sydney, for Vakrupa, the Wollongong residence of Ernest L. Sutton. [2] It was installed in its present location in 1920 at a cost of £550 and survives in this form today with only minor alterations: most of the changes were made in or before 1920.  Like most of the other historic organs inspected during the conference, John Stiller documented the instrument in 1985, providing the following valuable observations:

a)      The Great Open Diapason, Principal and Choir Salcional have stamped inscriptions, while all other fluework has hand-written inscriptions.

b)     The Choir Clarionet has stamped inscriptions “Vox Sw”.

d)     The slider widths of the Great and Swell soundboards bear no relationship whatever to the ranks of pipes now standing above each slider.

e)      The original hitch-down pedal has been replaced by a balanced pedal.

g)     Open metal fluework has been fitted with tuning slides.

h)     The casework was widened to fit the present location. [3]

Stiller also observed that this instrument is among the finest surviving examples of Richardson’s work and despite a specification based on a predominance of unison tone, has a superb build up.  He noted that the Great Open Diapason and Principal are voiced in  a manner which is bright, fresh and powerful.  This is contrasted by beautifully mellow Flutes and Gedacts, and the delicate strings.  The Swell Gamba and Voix Celeste were noted as being tonally superb, while the attractive case was an excellent match for the architecture of the building. [4] 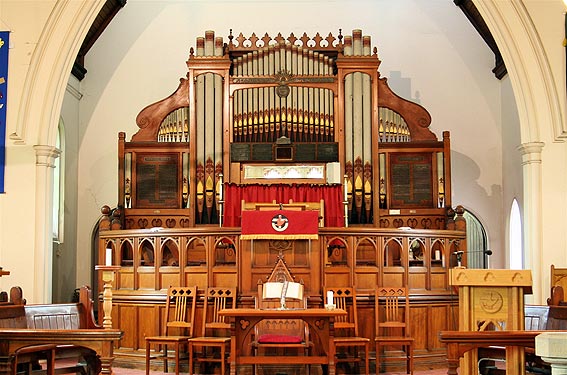 2 thumb pistons each for Great and Swell

§ Pitch designation not shown on stopknob 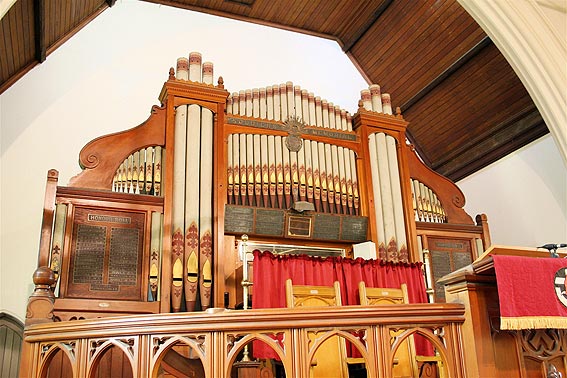 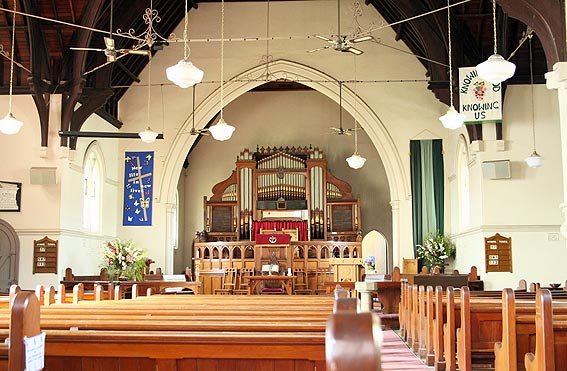 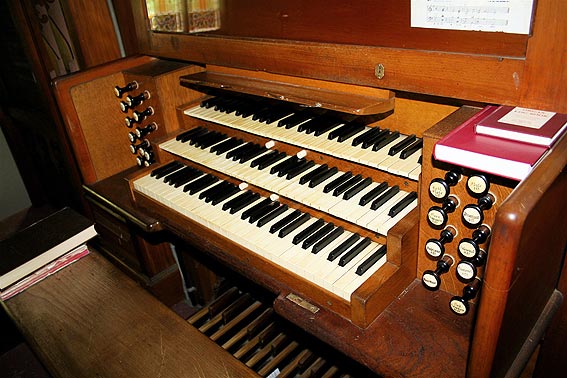 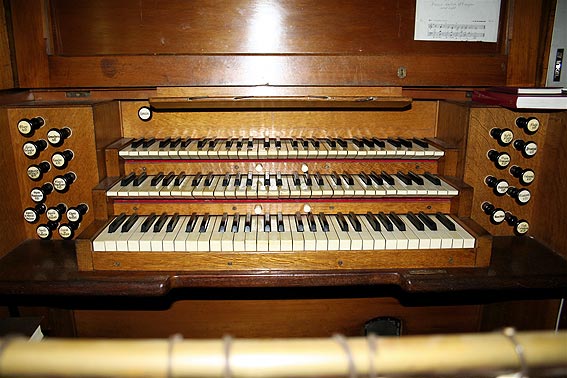 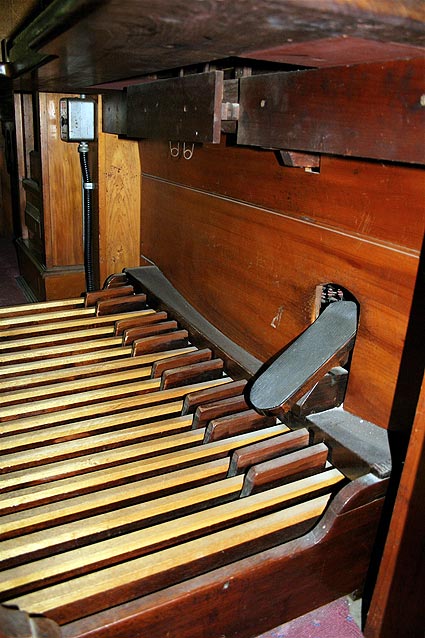 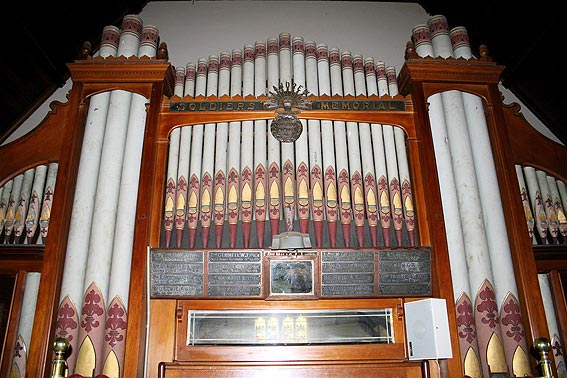 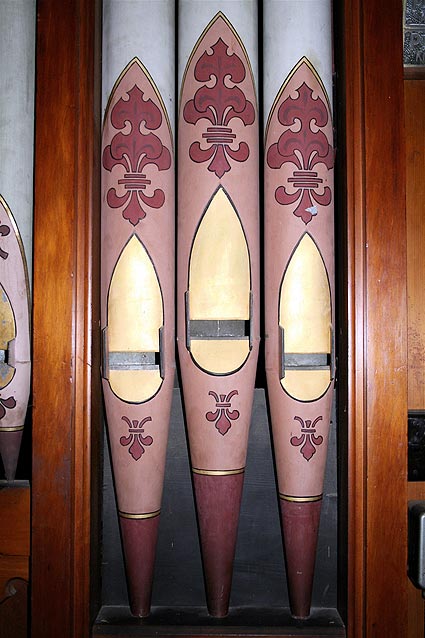 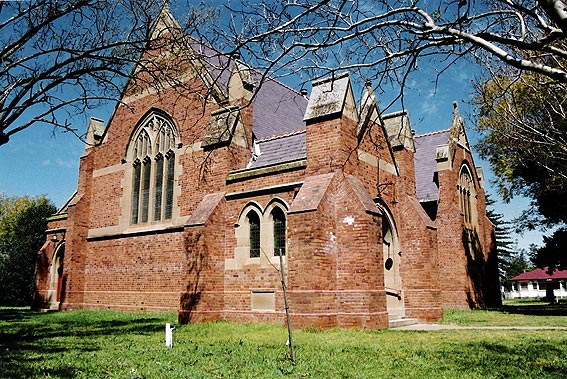