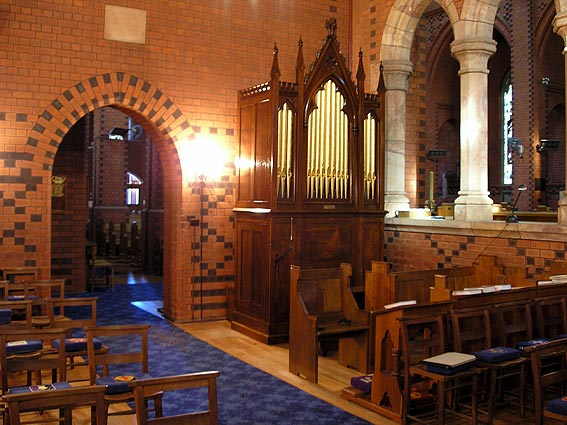 The organ in the Lady Chapel was built around 1845 by Bevington & Sons, of London, and is believed to be the instrument placed in Christ Church Anglican Church, Geelong in 1847. This instrument was installed in 1865 in Holy Trinity Anglican Church, Maldon, and moved after 1892 to the residence of Mrs John Thomson, Hamilton. In Hamilton, it was also placed in the Presbyterian Church from 1896-1908 and in the Baptist Church until 2001. This is the oldest intact pipe organ remaining from the early years of Victoria. It remains largely unaltered, retaining its original oak console fittings and drawstops, on square shanks, with copperplate engraving. The attractive Gothic casework has been refinished on several occasions and the gilt dummy façade pipes subsequently stencilled. 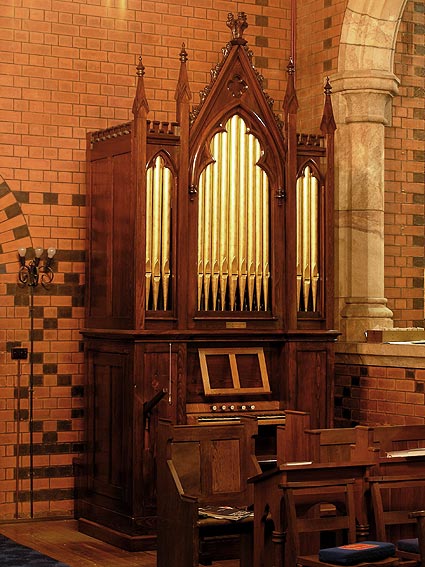 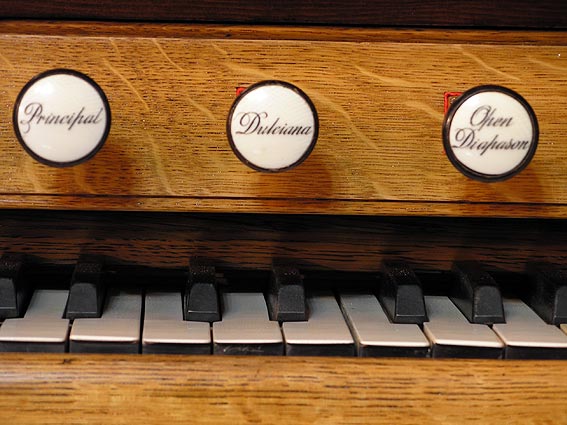 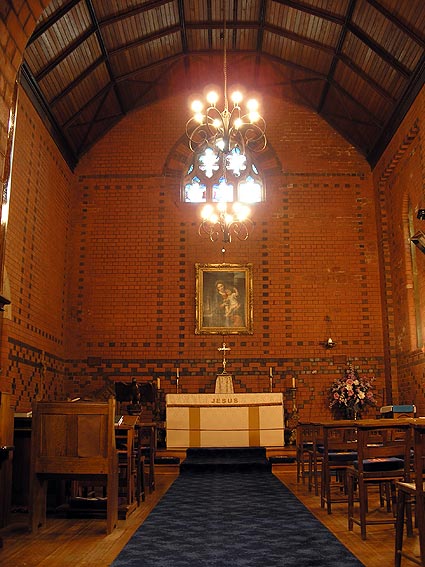