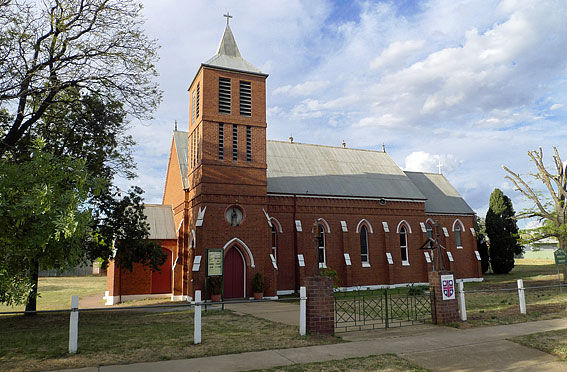 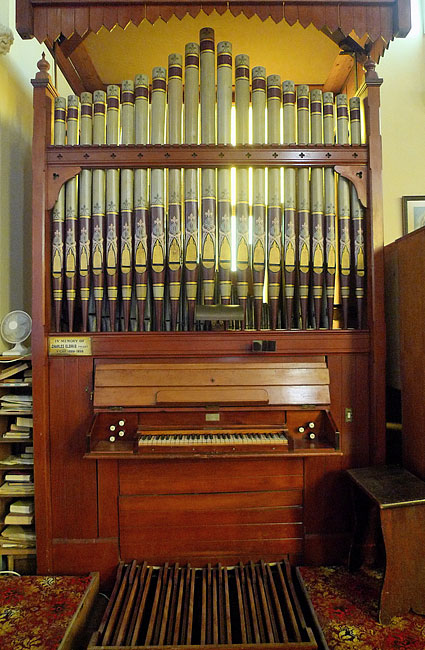 The foundation stone of St Thomas' Church was laid in November 1879 and the first service held in the building in September 1880. The chancel, porch and vestry were added in 1891 and the tower, with its broach spire, built later. The building consists of a five-bay nave, two-bay chancel, porch and tower, in a simplified Gothic style. There are many stained glass windows, including the work of the Melbourne makers William Montgomery and Mathieson & Gibson.

The organ was supplied by Charles Richardson in 1900 and includes older pipework for the Principal, Dulciana, Stopt Diapason Bass and Hohlflute, to which he added a new Open Diapason and Bourdon. The instrument was partially renovated in 1962 by S.T. Noad & Son and the work completed by Anthony Welby and Peter Jewkes in 1976. The instrument remains substantially intact apart from the introduction of tuning slides, the fitting of voicing 'aids' to the mouths of the Hohlflute pipes, replacement of stop labels, recovering of key platings in plastic, the conversion of the reservoir to single-rise and the removal of the hand-blowing apparatus. A wooden dust canopy has been fitted above the pipework. The bench has double mortice and tenon joints while the nameplate curiously is misspelt 'C. Richarson Sydney' - a mistake that appears on other instruments The dummy façade pipes have intricate decorations.

John Stiller noted in 1985: 'The pedal Bourdon borrows its upper pipes from the Stopt Diapason Bass and Hohlflute and is also playable on the manual when the Manual to Pedal coupler is not drawn and the action is correctly adjusted' and that 'This organ is a great favourite of the local spider population'. 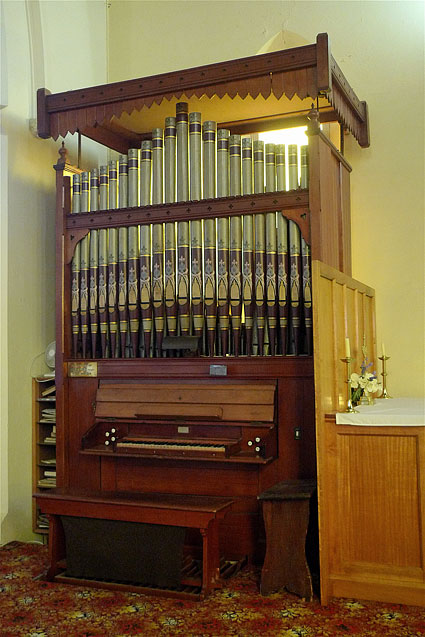 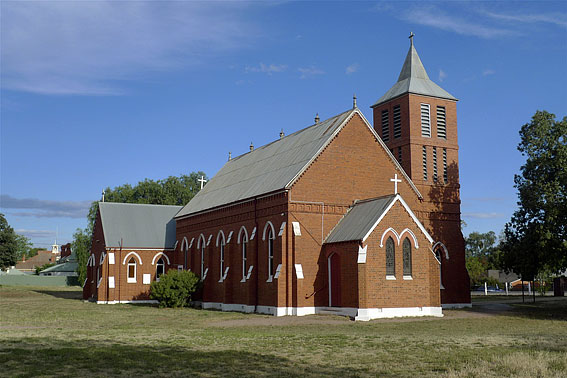 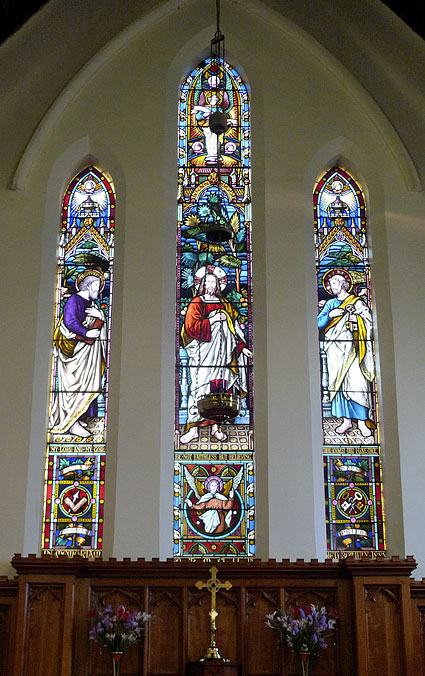